I don’t buy the s*** these videos portray, but I still find them fascinating.

I was expecting kind of like a “design story” video but all I got was music overlaid on random shots of a guy sketching.

I don’t get it. This a phone? What brand/model?

I don’t get it. This a phone? What brand/model?

It’s an Android Phone by a company called OnePlus: OnePlus One - OnePlus - OnePlus (United States) I do think the video wasn’t that clear. It was all style and no substance, but even then it came across as amateurish compared to commercials from companies like Apple. I’ve heard it is a nice phone but they got in some hot water for some of the marketing stunts they have done.

here is a bit about it: 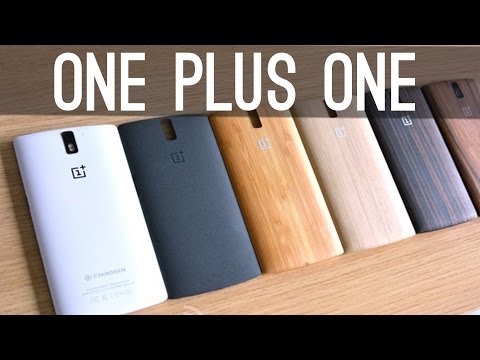 I actually own the phone. Got it last month after waiting for about 3 months to get the invite to buy one.
I didn´t need a new phone right away, so I didn´t mind the wait, but there have been lots and lots of people complaining about this system.
There are worse things than too much demand but they also had some pretty shitty little marketing stunts/contests which they later apologised for.

In the end, I think it´s pretty clear that they are only able to sell it at that price point because they don´t have to pay retail as well.

I have to say, I love the phone so far. It´s a no thrill device that simply is well designed, in my opinion, has top specs and an amazing price. The OS cyanogenmod is really nice and switching from iOS to android-Cyan mod, i haven´t looked back a moment. Also I love the texture of the black casing. It has a rough texture and feels more warm/soft to the touch than what you usually get.

There were some manufacturing problems at the beginning, like a not fully dried glue behind the screen that gave a yellow gleam. It seems to be resolved by now.

The cyanogenmod is a little company/community crossover making their own open source android mod http://www.cyanogenmod.org/ This was a main driver I think to get a community of people interested in the device and help media coverage along since it differentiated them from being another cheap chinese phone maker. It is really nice to see the involvement of the phone user community with the developers and how they actually address problems and bugs and communicate in a more direct way with the users than what you are used to from the big corps. But of course, there are some things that don´t run so smoothly or get done as fast as some want.