Does anyone have any experience creating a hidden display like the one in the cel-phone linked below:

DpInsight.com is for sale | HugeDomains

Secure the right domain name for your business or website today. Custom tailored payment plans available to fit any budget.

I’m pretty sure that there is an in mold decoration backing a transparent molded lexan for the enclosure. Behind that is simply an LED 7-segment display. When not illuminated, the plastic appears opaque, but the LEDs have enough power to light through the IMD.

Am I right? If anyone has any experience, are there design constraints? Does it look as good in real life as in the video? Does anyone know of any cheap products available in North America that have a display like this?

I’ve seen something similar on a watch. Ill see if i can find a pic. It was opaque black with blue LED coming through…

oh here… its the nike amp+ 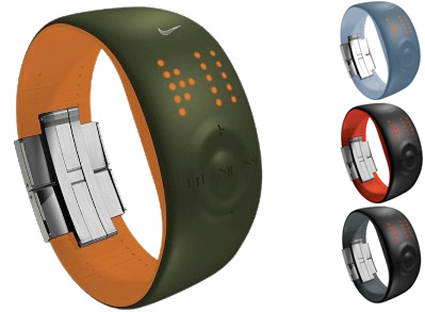 I’m going to bump my lame question again as I’ve been thinking about it.

The LED icons surrounding the SansaView’s click wheel are invisible when it is turned off. Now on the SansaView I can see that the plastic appears to be PC that’s back-finished with a chromed logo and black. I’m going to assume this isn’t IMD, but some painting process.

Am I on the right track or do I need to disassemble my mp3 player?

Chances are the Sansa is an IMD process. IMD is simply printing onto a very thin sheet and then placed into a mold and the plastic is formed directly to the sheet.

I would be willing to bet that in the right light, or from the right angle, you would be able to see the location of the icons that are not visible unles backlit. The process would be print the 100% black first with the icon areas being printed as transparent. A second pass would be printed where the icons are located of a translucent black.

In a recent job, we found that this can work even on the first pass of ink if the LEDs are bright enough. But the LEDs just needed to glow, and didn’t need the crisp edges of an icon.

In prototype and/or low volume, screen printing on the lens works swimmingly as well.

Your talking about "hidden till lit! technology which is basically making a material translucent enough that an LED can blast through it, but opaque enough that you can’t see through when the LED id off.

Works best with darker colours but you can also do it on lighter colours if you spend ages tweaking.

I haven’t used IMD before. Can the IMD film be molded onto the back of an acyrlic part? I guess that’s what you are suggesting in the case of the Sansa.

I haven’t used IMD before. Can the IMD film be molded onto the back of an acyrlic part? I guess that’s what you are suggesting in the case of the Sansa.