On maintaining feasibility in design projects

Hey you guys, I have a general question about a project I’m working on right now. The prompt has to do with mobile technology 5 years out. So it’s a pretty concept-y type of project, but I still want to maintain believability and feasibility. Is there a way to find out or predict when technologies will become feasible of cost efficient? Specifically thinking of transparent LCD screens. I keep seeing them in concepts, but don’t know when they’ll become cost efficient enough to use. I want my project to feel real. and not like some far off concept. Help?

The Gartner Hype Cycle chart as a basis?

this is awesome! thanks

My second thought is that transparent screens already exist. The vast odds are that you are looking at one right now. The white you see in the screen is the backlight. If you pull apart the layers carefully, you can have a working transparent screen of most LCD’s from what I understand, equivalent to what would be used for a projector.

The difficulty would be the contrast as there is no white, only tinting of the screen.

Transparent LCDs were at last year’s CES. In 5 years they will be ready. Check this out as a concept frog did a few years back: Intel Intelligent Digital Signage Concept (Jan. 7, 2010) - YouTube It was achieved at the time with a backlit piece of plexi coated with a holographic film and an array of touch sensors along two axis., but was designed for a transparent LCD, which existed even then in early form, but not at this scale.

I don’t think the message was sold to anyone with that video, painful to watch.

LCD’s shutter light, they only get dark, so a transparent LCD is not going to work like the frog projector simulation unless you get a corresponding light source pixel behind each LCD pixel. Transparent OLED if possible would be the way. Here is a video from CES that shows both the potential (blinds) and the disadvantages (contrast overlap) of a LCD transparent screen. 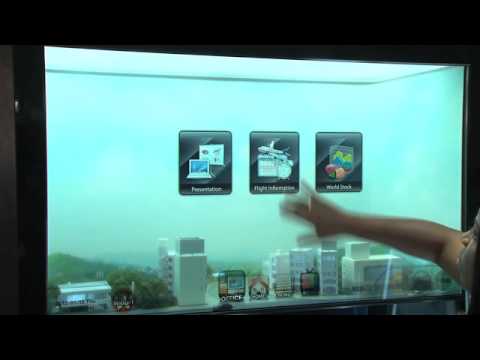 However, respectfully Dan and Micheal, I have the feeling that the transparent screen is the “hubless wheel” of electronics design, looks great in rendered simulations, but serves limited practical purpose, and has serious inherent flaws. Paper is white, projector screens are white, displays are white, while a transparent plane serves to reveal the content behind. Specifically for applications which augment the reality behind, requiring eye tracking in order to coordinate the image parallax, I could see a benefit. Example a fish tank at a fish store or zoo, with one viewer only due to parallax.

Perhaps a solution using something like 3M vikuiti film is the answer? 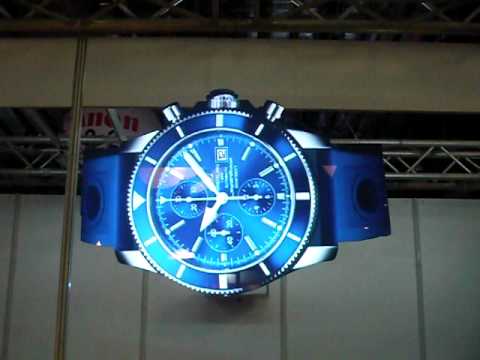 Perhaps a solution using something like 3M vikuiti film is the answer?

From the spec sheet is a black film, no transparency.

I’m with you Shaw. Just giving a sense of feasibility, not desirability.

As an interactive store window it could be interesting, but I’m not sure I would want that.

Also, have you seen any of the “magic mirror” mirror back LCD concepts?

Hey guys, thanks for the replies! For some reason I wasn’t getting e-mails people were replying and only just now checked the thread. Time to check those account settings >.<

nxakt, the reason I was asking about the transparent display was for a project I’m ideating on right now. (Project thread to come soon perhaps?) But essentially the idea with that is that in a laptop having a transparent display might enable interaction while the device is closed, since you’d be able to see the other side of the display through a 1way mirror or clear piece of material on the outside of the computer. I’ve since also explored double sided displays, e-ink vs. LCD and other things. I just want it to feel possible. and not like some concept car that won’t ever happen, you know?

Thanks for the feedback and information guys!!