… what we have in the Destino is the four-door executive Corvette, an alloy-bodied, 200-mph sedan, 3,900 pound, 50-50 weight distribution, 638 hp and 505 pound-feet of torque, designed, engineered and (to be) built in America, powered by the third-generation LS9 … 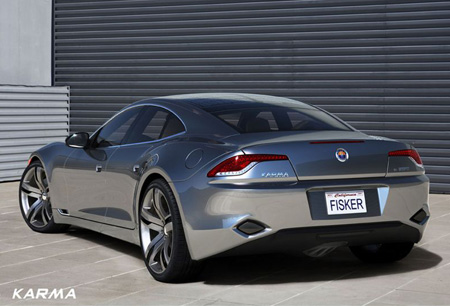 Fisker must be up against the wall to do something like this.

Fisker must be up against the wall to do something like this.

A123’s demise sealed it, wouldn’t you say? And the loss of 300 chassis in shipping due to hurricane Sandy couldn’t have helped.

Speaking of Fisker…here is a design reason to like it less: 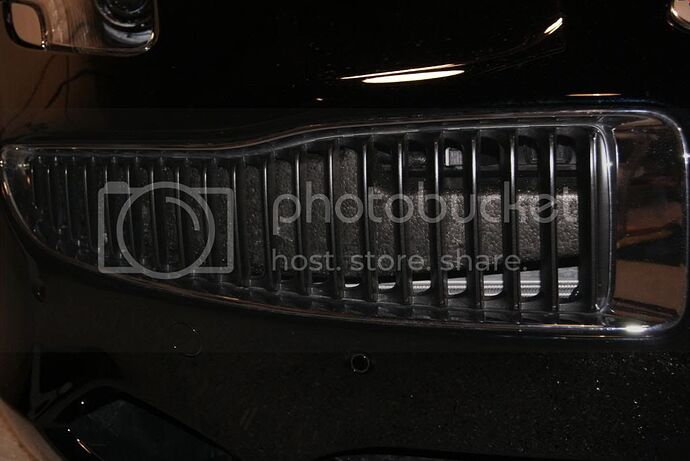 I spotted this right away. Apparently, Fisker owners have developed a cover on their own. How a designer owned car company let this get to production is beyond me…

That EPS must get hot. What’s sad is you can see the radiator under there doesn’t appear to get much air fed to it, except maybe a little bit from that small intake at the bottom. Awful. I sat in a preproduction version a couple years ago, and I was struck by how terrible the interior packaging was. It’s a huge car, 70s land yacht scale, but the interior volume is like a Honda Fit. Starting with a pretty shape and trying to figure out how to cram the mechanical systems inside is not how you do it.

I know they have been struggling a lot (add battery fires to the list), but when you start selling rollers to let someone stick a V8 in and a kit car fascia on the front, it’s pretty clear you’re not just struggling, you’re running out of cash and desperate.