I think that the SM and CX would look at home in a Syd Mead drawing. Pretty amazing for 35-40 year old designs

yeah the designs were pretty futuristic for their time, especially the interiors and rear ends.

why arent peugeots, renaults and citroens sold here? too crowded of a market? no real interest since they dont make SUVs? I guess now is their chance to bring their small commuters over the pond.

Peugeot left the US, because according to their CEO, American’s can’t appreciate French quality. shrugs

Renault left because they were on the butt financially.

Today Peugeot has reason to return. They are making decent money now, so they have cash to invest. I think the problem is that it is such an investment to launch in the states. It requires a large dealer network and a lot of publicity to get the name out there. It’s such a fickle market too. I can’t blame them for being scared.

Renault is back…kind of. They own Nissan, which already had a foothold in the states. I’ve read since the takeover that Renault has 0 interest in launching their own products here, for all the reasons I’ve stated above, plus they would only end up competing with Nissan for sales anyways.

well, why in your sane mind should you burn miriads of cash
to go into a market where nobody is waiting for you and most
of the competition is loosing money anyway? 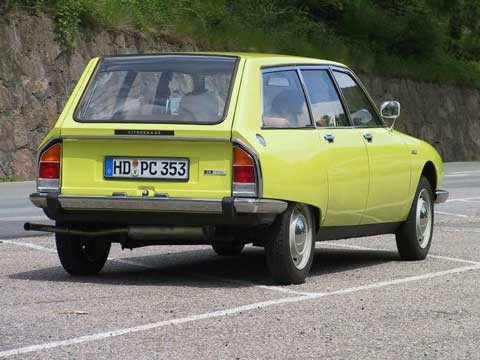 but there might not have been to many good cars, that you americans
werenÂ´t able to get a hold of, during recent years.

I wish I could have gotten a small Peugeot this time around. They are nice, well built, cars (I rode in a 207 in El Salvador last year). It would be a more interesting market with Citroen and Peugeot as players.

On a side note, I’ve seen a 156 in Montreal. Only once though. Nice, but starting to look dated.

Another Alfa I saw was the new Brera coupe. I’m hoping that it was an Alfa company car that they lent to journos for publicity. Alfa is still penciled in to return to NA for 2012. Time will tell…

I think that the SM and CX would look at home in a Syd Mead drawing. Pretty amazing for 35-40 year old designs

the sm was and is a great car, see one for sale…buy it or let me know and I will buy it.

no reason to, just a machine…guess it helps to be 1/2 engineer 1/2 designer…

the sm would be the perfect base for a plug in hybrid, toss the maser motoer (hugely expensive to rebuild) pop in a 100 hp electric with a wad of batteries and a little honda genset keyed to the total amp load used to fire up to keep them juice bags full.