Thas realy cool ,did u do it.

it’s really a fairly advanced actionscript done in Flash similar to what can be seen here on this tutorial:

but what really gives its three-dimensionality (um…i have tendency to create new words if this is not a real word) are the layering of the colors.

I have seen a similar Flash effect using a spider.
it would crawl around on the screen chasing the cursor.

cool… wish I had a reefer.

speaking of reefer…i did find this link doing research on brain scanners which i found REALLY interesting:

this really contradicts, almost a slap in the face, all the anti-marijuana propaganda that has, of late, been bombarding the media via the ad council.

but, that link is quoting as its reference a report done by the nhtsa which is the governing body responsible for setting highway safety standards. so, in doing more research, i found this:

“No significant impairments were found a day after smoking the marijuana.”
alcohol, however has what is generally known as a “hangover”.

“The extensive studies by Robbe and O’Hanlon (1993), revealed that under the influence of marijuana, drivers are aware of their impairment, and when the experimental task allows it, they tend to actually decrease speed, avoid passing other cars, and reduce other risk taking behaviors. Given adequate warning, these drivers can also respond correctly and rapidly to dangerous situations. In contrast, the same studies showed that alcohol-impaired drivers are generally not aware of being impaired, and consequently they do not adjust their driving accordingly, and manifest more risk-taking behaviors.”
i guess that’s why alcohol is called “liquid courage”.

i’m curious as to why the government feels the need to make reefer bad (as in, not good) when science has proven that really its the lesser of the evils when compared to alcohol?

it’s almost as if the government is being told the world is not flat.

what do you think?

Marijuana can be compared with other non-pharmaceutical herbal/homeopathic type remedies, in that it cannot be regulated by a board like the FDA nor pass any kind of approval process. And I don’t think it’s possible to smoke oneself to death, with marijuana. Long term lung cancer perhaps.

To my thinking this is the single biggest reason

that the Powers That Be allow tens of thousands of alcohol-related deaths a year, yet never ban drinking. Alcohol requires manufacturing, factories, preparation, bottling, shipping to destinations, and so forth…while marijuana grows in anyone’s backyard, no problem. It’s no accident it’s called ‘weed’! throw some seeds out the window, come back at the end of summer and you have buds.

Alcohol companies, the governmental regulatory boards, pharmaceutical companies: all would stand to lose billions of dollars were marijuana not only legalized, but recommended as therapy or medication for the kinds of ailments it’s currently treating outside the law.

quote=“slippyfish”]Marijuana can be compared with other non-pharmaceutical herbal/homeopathic type remedies, in that it cannot be regulated by a board like the FDA nor pass any kind of approval process. And I don’t think it’s possible to smoke oneself to death, with marijuana. Long term lung cancer perhaps.[/quote]

yes, marijuana is not excluded from any health risks. however, you do bring up a good point. it is impossible to smoke oneself to death with marijuana. The long term effects are similar to those who regularly smoke tobacco, which is also legal (and in my own opinion, its essentially really bad marijuana). A night of excessive drinking may result in severe alcohol poisoning followed by a severe hangover, or at worse, death. A night of excessive marijuana smoking can result in sleep.

To my thinking this is the single biggest reason

that the Powers That Be allow tens of thousands of alcohol-related deaths a year, yet never ban drinking. Alcohol requires manufacturing, factories, preparation, bottling, shipping to destinations, and so forth…while marijuana grows in anyone’s backyard, no problem. It’s no accident it’s called ‘weed’! throw some seeds out the window, come back at the end of summer and you have buds.

there was a time when alcohol was illegal. And now its not uncommon to see billboards advertising the product encouraging its very consumption. But to really get at the root of the problem of why alcohol was illegal and is now not illegal, I had to do some research:
http://www.druglibrary.org/schaffer/LIBRARY/studies/nc/nc2a.htm

“In 1920, the national policy of Prohibition began. The 18th Amendment to the Constitution had been officially ratified:
It sought, by law, to make the whole Nation into enforced teetotalers and to put an end to all evils associated with drinking. It sought to eradicate a taste deeply rooted in the habits and customs of a large part of the population through outlawing the business that ministered to its satisfaction (Hu, 1950: 48).”

It was anti-German propanda which helped to make alcohol illegal:
“The war gave the prohibition cause new ammunition. Literature depicted brewers and licensed retailers as treacherously stabbing American soldiers in the back. Raw materials and labor were being diverted from the war effort to an industry which debilitated the nation’s capacity to defend itself. It was urged that wartime prohibition would stop the waste of grain and molasses and would remove a handicap on workers’ efficiency.”

However, what resulted was this:
“The early experience of the Prohibition era gave the government a taste of what was to come. In the three months before the 18th Amendment became effective, liquor worth half a million dollars was stolen from Government warehouses. By midsummer of 1920, federal courts in Chicago were overwhelmed with some 600 pending liquor violation trials (Sinclair, 1962: 176-177). Within three years, 30 prohibition agents were killed in service.

The law could not quell the continuing demand for alcoholic products. Thus, where legal enterprises could no longer supply the demand, an illicit traffic developed, from the point of manufacture to consumption. The institution of the speakeasy replaced the institution of the saloon. Estimates of the number of speakeasies throughout the United States ranged from 200,000 to 500,000 (Lee, 1963: 68). “

“Prohibition destroyed the manufacturing and distributive agencies through which the demand for liquor had been legally supplied. But the demand remained” (Hu, 1950: 51)

In its Report on the Enforcement of the Prohibition Laws of the United States, the Wickersham Commission concluded that the country had prohibition in law but not in fact. They reported:
There was general prevalence of drinking in homes, clubs and hotels… Throughout the country people of wealth, businessmen and professional men and their families, and the higher paid workingmen and their families, are drinking in large numbers in open flouting of the law. And neither Congress nor the states set up adequate machinery or appropriated sufficient funds for the enforcement of the prohibitory legislation. Federal and state legislation, as a matter of fact, strove to satisfy so that, as it was aptly said, the drys had their prohibition law and the wets had their liquor (Hu, 1950: 52).

from an manufacturing standpoint, it requires a great deal of materials, energy, and potable water and land resources to actually make any kind of alcohol (beer, wine, vodka, etc.) even though the process itself may be fairly easy.

Alcohol companies, the governmental regulatory boards, pharmaceutical companies: all would stand to lose billions of dollars were marijuana not only legalized, but recommended as therapy or medication for the kinds of ailments it’s currently treating outside the law.

you may have a point here, however, I would ask, if marijuana were to made legal, how would alcohol companies, governmental regulatory boards, and pharmaceutical companies stand to make billions of dollars?

I first ask why was marijuana made illegal? One theory has it that the law was introduced to merely control the influx of Mexicans who, at the time, were seen as being responsible for bringing marijuana into the country which was brought up in this movie: 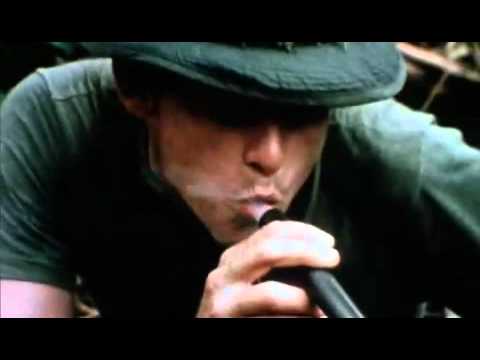 Grass is an award-winning documentary history of marijuana criminalization in the U.S., narrated by Woody Harrelson.

once the nation can get past the history of propaganda regarding marijuana, I believe there’s plenty of money to be made. But first the federal gov’t has to say, “it’s okay.” From there, I also believe that the industrial design community can one-up the repeal of prohibition of alcohol.

First, marijuana is a drug and it should be federally regulated much like alcohol and tobacco. Who first should be old enough? You gotta be 18 to smoke cigarettes and 21 to drink. I say, if you’re 30, then you’re old enough to smoke pot responsibly.

How can industrial design aid the legalization process? In studying the brewing process:

And it is from this angle that it could be argued that growing marijuana is actually safer than manufacturing beer when you consider all the steps involved which increase the chances of injury. Consider marijuana: “It’s no accident it’s called ‘weed’! throw some seeds out the window, come back at the end of summer and you have buds.”

All marijuana would need is a package, made of hemp, and its ready to go.

it can be said that there are several grains used to make beer which are grown and harvested somewhere. It’s not an uncommon agricultural practice to have crops rotated and to allow fields to grow weeds, or some other plant, as opposed to their normal crop. This does several things like disrupt the life-cycles of certain crop-eating insects and restore nutrients to the soil. Budweiser could not only be the king of beers, but also the king of buds. And since it is a weed, I’m assuming marijuana would require very little water in its manufacturing process, which is significant:

the manufacture of alcohol requires a great deal of water.

The government really should make marijuana legal which would allow breweries, vineyards, etc. the option to hybridize their crops because i don’t really see a future in something that requires a great deal of water to make.
companies that manufacture paper, which requires trees, which require LOTS of water, could also benefit from supplementing their land use with hemp. so, not only could they sell paper, but also rope, fabric, and biomass fuel as well. 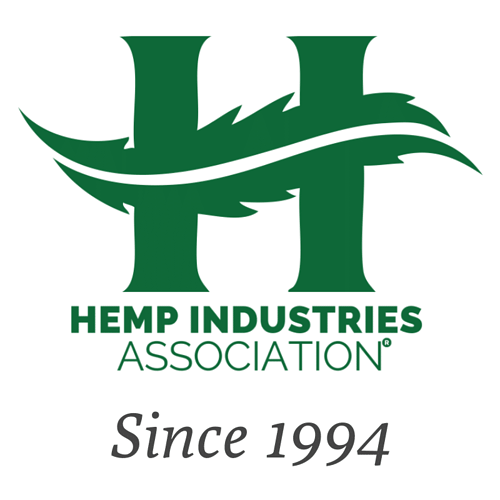 has anyone seen pics of this incident?