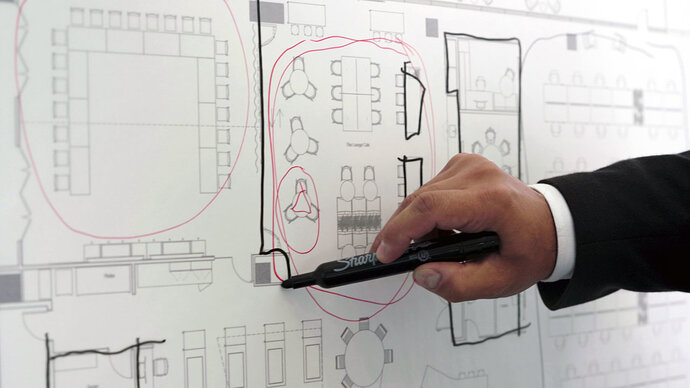 The Office Redesign Has Only Just Begun

Plexiglass dividers and floor decals might not be permanent, but the pandemic will bring lasting change to offices. Experts from the architecture and real-estat

This period of retrofitting new technologies is going to appear very ugly and very dystopian until it can disappear into the walls, ceilings and floors. We are hurtling into a new space paradigm dictated by data from the CDC and technologies provided by an array of disconnected IoT vendors. It will not only be in the office.

This is a very large opportunity for design of all stripes…

That has to be the cutest thermal camera I have ever seen at 1:33…

Thanks for sharing. I’m interested to see how widespread these are.

A neighbor told me that at their employer forced them to return in shifts. Many employees got Covid and they believed that it was because of the recycling in the ventilation. This definitely needs study.

One other thing that I saw lately is that Steelcase and Herman-Miller sales are WAY down. Double digit decreases with Steelcase reporting their worse quarter since 1998. It will be interesting so see how this market adapts.

The open office floor plan couldn’t be more dead after this. Bring back the cubicle farms. 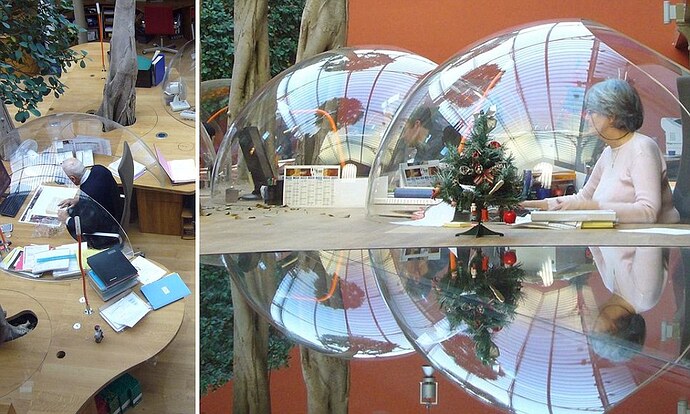 Sick of your colleagues? Why not work in a bubble: Fantastic French invention...

The French-designed bubble desk has just taken off in Paris and protects the worker under a plexiglas dome, cutting them off from the rest of their colleagues. 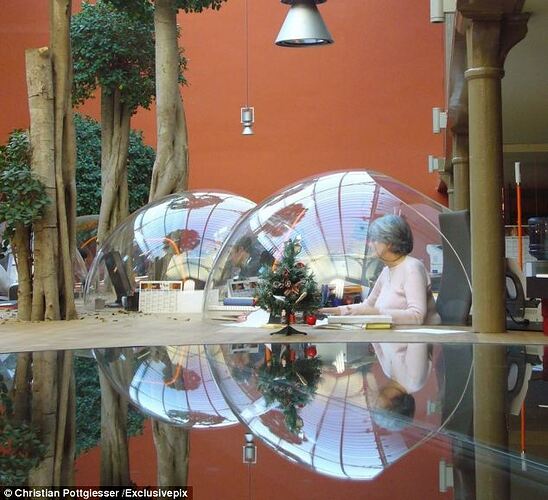 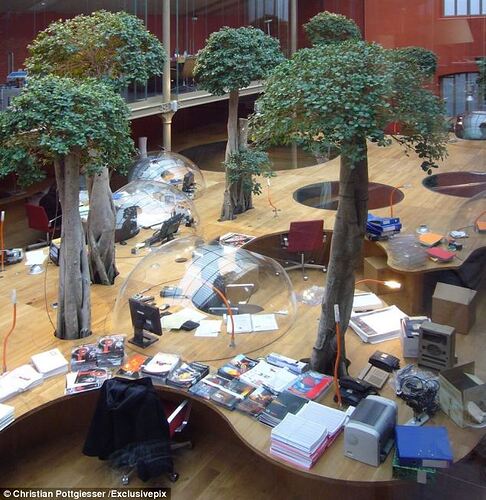 The weird thing is that we’ve had evidence for over ten years that open space is less productive. In two years, I bet the office becomes like a roman latrine.

BTW: I ignored the evidence during an office redesign too, no one is perfect.

I think secretly accountants realized they’d save money by not having to pay for walls and made it seem like a cool architectural trend.

IMO I don’t think its as much that open office is “bad.” its that it needs to be spec’d in spaces correctly. An open office with the right team can be incredible, the issue is A&D firms putting them in spaces to reduce cost on projects rather than to achieve a functional outcome.

AVclub: Could be. My team was great the first six months when we were co-located with marketing and engineering. For some reason, the boss moved sales into our space and it was echo chamber of people on phone calls all day. That’s when it started to be more of a pain.