I know how popular that “Why is American Design so crap?” is, but what’s one of the most obscenely poorly designed objects you’ve encountered (American or not.)

this coffemaker is a disaster : it leaks, the coffee gets cold quickly, the spout design makes it very difficult to pour from… this product is a case study of how not to design a product.

i remember having a toaster (i think it was krups) which had a sheetmetal casing. not only were the controls badly designed (it burnt bread way too easily) but the elements heated the ‘ridiculously applied’ sheetmetal cover which would then melt anything in the near vicnity such as cereal boxes, bread bins etc… not to mention your fingers when you went to pick it up !

another scary product is the plug in electric heater. these things have caused so many fires, they are considered to be the most dangerous appliance in many consumer reports (similar construction to a toaster, hmmm).

I have it here at work and tell people to simply set it for say 5 minutes. No one’s been able to do it.

Heck, nearly anything from Sharper Image can fit this category. But this clock made me late for work, due to crapola design choices.

Funny that both of the examples involve manipulating time. Wonder if that has any relevence.

I bought the Black & Decker “Leaf Hog” several years ago, and after about a month I began kicking myself for not taking it back (I still kick). Top five drawbacks: 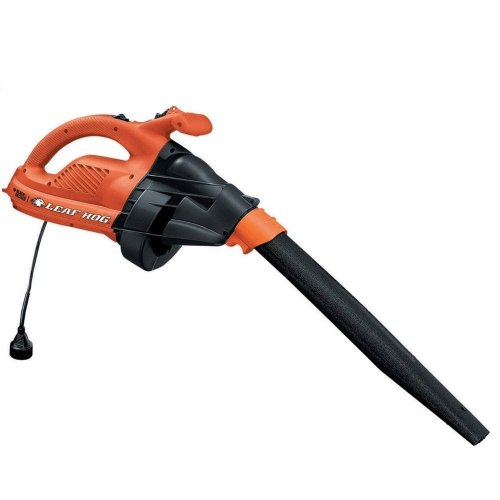 Heck, nearly anything from Sharper Image can fit this category. But this clock made me late for work, due to crapola design choices.

I have a sharper image alarm clocK but I can only use it as a regular clock because I’ve never managed to work out how to set the alarm! 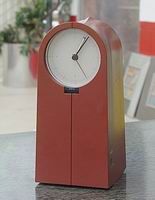 No Snooze
No Numbers
Hard to get it to light up to check time
Tiny alarm off button (see little black button)
And super expensive.

Cool how the parting line runs down the front, and I like the old mantle clock form.

this mop from quickie, http://www.quickie.com/Public/Products/Default.aspx?UID=&ProductCategoryId=33&ProductId=80 looks good, but when I used it i found annoying design flaws. The bottom cover is designed to be slid down over the wet mop, wringing out water.

The problem is that when you grab the lower handle and slide the cover back up to continue mopping. It requires some muscle to slide over the wet mop until it clears the soft mop head a couple inches shy of butting up against the middle handle flare, accelerating and slamming together, pinching your hand HARD. You can see the two flared handles in the lower right picture. All it needs is a 1/2 inch spacer.

Also, the wringer part fills with water and drips everywhere when you are done.

Not really that bad of a mop, but these flaws should be OBVIOUS after using it once.

I think that B&D coffeemaker was designed in Mexico. I worked on one attempted update in 2000.

Funny story. Old original designed for gas-assist. But plant in Mexico that got it after B&D sold appliances to Applica didn’t know. And until I timed the cycle during my stint on it, no one realized!

All I did was some configuration stuff though. Then I think it got handed off to Chinese designers will help from Mexican group. Pretty sure the drip/pour area designed in China.

Not sure about B&D Towson’s stuff. Some is sourced but that looks local.