A Planet Money story on the dangerous design of noodle cups. 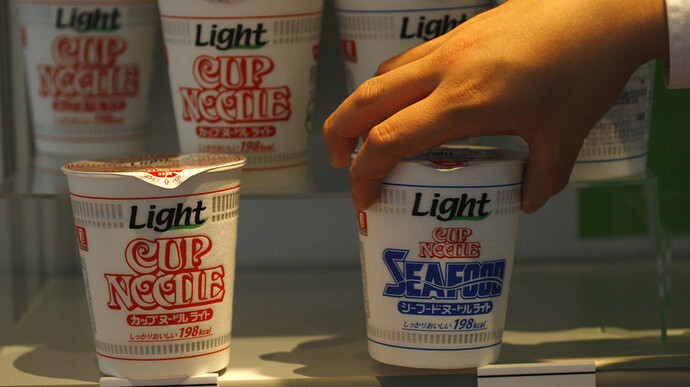 Instant cups of soup — the kind that often come in a styrofoam cup full of noodles — send children to the hospital every day.

I would say that we see at least two to three patients a week who’ve been injured by these products.

These soups are dangerous because of the way the cups are designed. The cups are tall, lightweight, and have an unstable base …

… the most common cases are small children, often toddlers …

The sticky noodles cling to the skin, which leads to deeper, more severe burns,

… about one in five children he sees with the burns end up needing surgery, and these patients can face permanent scarring and limited mobility in their joints.

I reached out to Nissin and manufacturers of some of the other “tippiest” cups … Every company declined to comment or failed to get back to me.

I’ve spilled these things on myself twice in the past twenty or so years. Didn’t think a thing about the design of the cup itself, until now.