Does anyone use non-NURBS Softwares in workflow? I’m learning blender right now, quite useful to model out something really fast for form concept studies. I think its a good balance between sketch and physical mockup. Interested in other designer workflow using mesh/sub-D software.

Fusion 360’s sculpt mode comes to mind. Though I think there’s some limitations like everything being G2 essentially while its in T-Splines. I’ve heard great things about Blender, Modo, and Zbrush. Not fluent with any of those three so I can’t really comment but they all seem powerful in their own ways.

Fusion 360 is popular and Modo has been for a long time.

Altair Inspire has sub-D capability but is NURBS, and the same is true for Power Surfacing for SolidWorks, T-Splines/Clayoo/X-Nurbs/Xirus CAD etc in Rhino.

There is no reason I know of that using a non-NURBS program to do Sub-D is significantly better than using a NURBS program with Sub-D capability but hopefully cadjunkie will chip in on this.

I use a combination of Blender and Rhino. As Rhino can now handle Sub-division, it is possible to build the sub-d cage in Blender and import it into Rhino 6 for conversion to Rhino’s Sub-division and NURBS for further works.
Here is a demo illustrating the process. 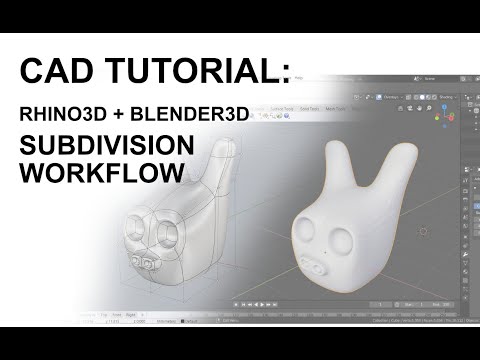