How’s the bread thing coming along? Anyone do the NYC marathon? Any good fungi?

This February I’m going to Milan for a long weekend. There is a vintage bike swap and I will be doing a cycling city tour of Milan to see the shops of the 5 masters - Colnago, Poliaghi, De Rosa, Cinelli and Masi. The Masi shop is at the Vigorello velodrome, another must see. I’ll also probably stop at the Detto Pietro shop and get some new kicks. And finally a short ride from Como, along the lake to Bellagio, a climb up to the Madonna Del Ghisallo and back to Como via Erba.

I’ve been thinking about this alot lately and most recently its resulted in playing more music and right now I am working on building a guitar pedal. Last night I began populating the PCB, its been very fun and relaxing! Also made me realize I need to brush up on my soldering skills.

So mine is till the wood working and interior redesign. Over the winter i am going to design a deck for the house with a built in cooking area (grill sink, fridge, work surface) - the goal is to build it come spring thaw. (if i can afford my own design)

The large crowd is something I never would have expected. I always assume other people’s silly hobbies are like mine where it draws a few dozen people only.

Please note, the vintage bike thing is small in the US. Italy has an event with 6-7K people riding old bikes. France and Belgium would be the next in line for enthusiasts, but it drops off pretty quickly at that point.

If you haven’t seen “Le Ride” it is a fun show. Nothing deep or heady, but fun. And it has the vintage bike angle to it as well. 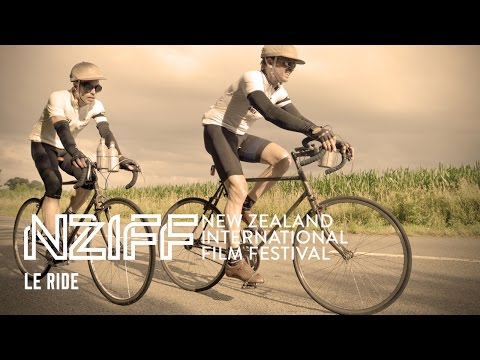 If you haven’t seen “Le Ride” it is a fun show. Nothing deep or heady, but fun. And it has the vintage bike angle to it as well.

Thanks for posting. Yes, I did see the movie. If it interests you, the book Gironimo by Tim Moore chronicles his retracing of the 1914 Giro which had 81 starters and 8 people who finished.

An interesting exercise but the roads back in the day were largely unpaved. Especially pretty much every mountain pass. 4000-6000 meters of climbing on rough gravel is not the same as a paved roads. The descents are even worse.