How is the interface to use?

read a small review in Cargo, they liked the cool spycam form factor, and the pack of gum size, but said the scroll wheel interface sucked and that the coolness did not equal the price. $600???

I have the Motorola V80. cool phone

I have the Motorola V80. cool phone

why is it Cool? serious question, not an insult.

it rotates out instead of flipping up like every other phone.
has a ton of cool features and a killer screen.

I kinda like the 7270 better.
Anybody tried the Motorola V3 RAZR?
Its really cool. Esp. the keypad. I think its the slimest phone ever, with an LCD screen on both sides.

I saw a kid yesterday with it it looks really nice-and slick, and also has alot of nice features-like bluetooth-it is pretty slim but long. I used to use this phone-samsung sgh-s307-its the smallest flip-phone made-it was nice but a pain to play bowling always slipped up on the keys-- alot of nice features too on the phone

maybe that could be a cool thread-peoples fav-or least fav cell phone designs ???

Yeah, maybe one like ‘coolest watch’ post.
Anyways, I know we’re talking about the Nokia 7280, but I wanted to post a picture of the Motorola RZAR V3. Its really sleek.

The keypad feels good on the thumb. 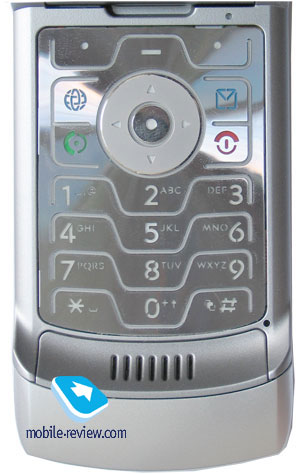 Anybody use that keypad though? I love the RZAR, even with the lame name. Just wondering how it feels functionally.

When I bought my Sony, that was one of the things I looked for, and the little raised pill work great that way, even if it looks like the model maker just chopped up a bunch of tylenol tablets and glued them to the surface (we used to do that in the old days, tic tac and chiclets worked good too) funny how the old days was like 7 years ago.

I saw it and felt the key pad at the cingular store. it doesnt have any bumps-it is smooth- although smooth i do like how it felt when u press on the numbers-smooth and soft feeling to it. also seems like it would crack in half if dropped-and i have dropped my phone numerous times-sukks

I was checking out the Razr in a store this weekend and I was disappointed in its construction compared the the past few motorola ‘high-end’ phones such as the v70 and v80(think those are the names). The key pad was by far the nicest element, but overall it was very plasticy which really brought the overall impression down. It was a design that wanted to be metal but ended up being plastic pretending. Thats how I feel about 80% of the phones I see photos of and think could be great and then end up being a let down in person. It doesn’t help that most cell store’s demo models appear to have been run over repeatedly.

I ended up picking up a motorola v180, which is probably the super-budget phone in their line up, but its actually quite a nice phone in terms of fit and finish- its not trying to be something its not- the plastic is happy to look plastic, in fact the gloss black front is quite nice.

All my phones in the past have been european or asian imports off of ebay since most US providers carry the lowest common denominator phones, but I couldn’t bring myself to fork out a ton of money for something that I inevitably destroy in a year or so.

V3 looks and feels great.
too much $$$ for it though.
I hear they are recalling them or having problems with them.

The Samsung 307 or whatever was a great little phone.
I want a Zoolander phone.

motorola has the best phones hands down.