For me, the G35 coupe was the high point of car styling for the first decade of this century. Moreover, the whole Nissan line recently has raised the bar on car styling at the low-end of the North American market. That’s why, this new Maxima is a bit of a shock.

It has an upright grille, similar to the new Accord. The sides have a certain Bangle BMW look to them. Lastly, those hips look lifted off the Buick Enclave. The headlights are certainly original though.

I think most Japanese automotive styling recently has always been very “Me too”.

After seeing a lot of the new releases in person I was rather disappointed. The G35 definately was a highlight among the crowd in the past few years. Super clean details, that classic belt line, it all worked very well. The new G37 has some nice traits but isn’t nearly as iconic as the G35 coupe was.

I think the Altima coupe did some things in a similarly nice fashion, but the rest of the Nissan lineup (particularly the new Sentra, which looks horrid) just seems like they tried to go with a form language then ditched it all and reverted to an older style on the new Maxima.

the infinity genes can definitely be seen in the new altima coupe. the sedan’s butt is pretty nice too, very detailed, which is surprising considering the altima’s heritage (i own a 97, so design has gone through leaps and bounds on that model).

The maxima? im a little uneasy about it. i had to look up a 360 view because the angle on that pic makes the proportions in the front a little awkward. i thought the maxima was more performance and price than the altima, but with design, i think the altima does a better job of communicating those qualities.

I’m as confused as you are as to why Nissan would do this, or even as to why any car would end up looking like this. It’s like they’re trying too hard.

The only thing I like about it is the Infiniti-style hood “wave” and creases: 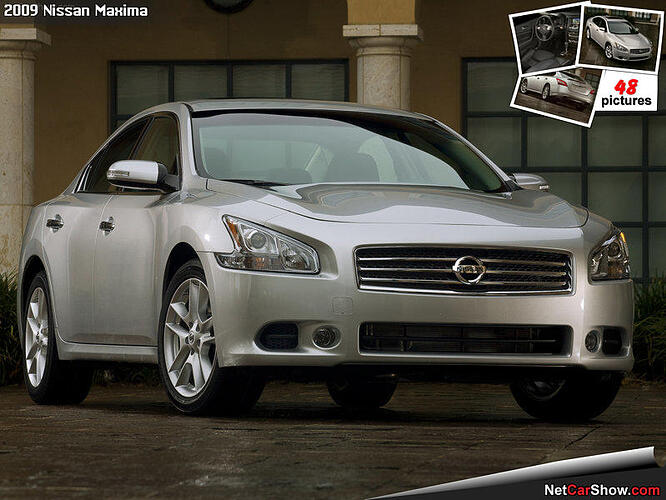 And are those the Yaris tail lights? 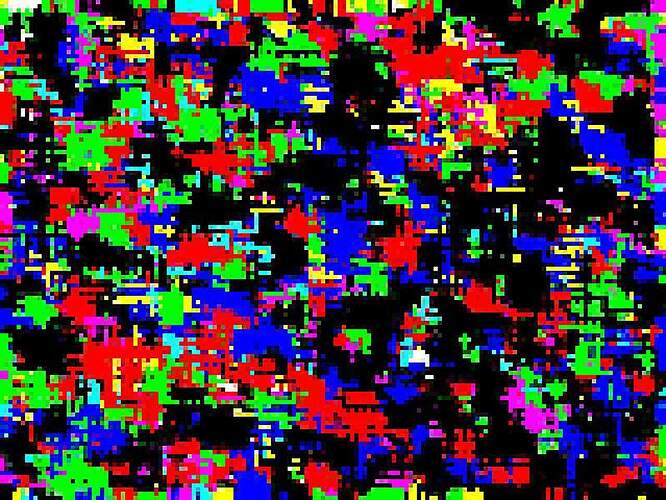 The new Maxima makes my eyes wish they could vomit. What a convoluted concoction of unrelated forms.

The previous generation was always a bit underrated from a design view point. I loved the simplicity of the surfaces and the tough, bulldog stance. This looks like some B or C sketch that the Camry designers forgot to shred and the Kia guys passed on.

This is what happens when you lay off your designers and the marketing guy designs using the Smudge tool in Photoshop.

There were lay-offs at Nissan? Renault had great success in Europe because of design. Nissan had the same thing in North America right after the Renault/Nissan merger, where the Renault boss took over operations at Nissan. I figured design was what they were pushing.

B or C sketch that the Camry designers forgot to shred and the Kia guys passed on.

That’s what makes this Maxima so bad. If it said Kia, I would have thought it was another “Designed in Korea” masterpiece and not bothered posting it. How could the G35 coupe, or old Maxima be related to this? All of a sudden, Chevy is looking better all the time.

All of a sudden, Chevy is looking better all the time.

I hate to say it but I REALLY like the new Malibu. Not enough to make me want to go buy one, but for an American car (and compared to the rest of the product line up and their previous generation) they HUGELY raised the bar. The new Malibu and the new Hyundai Genesis Sedan are actually two of the cars that have impressed me the most - because I can start to say “Hey, someone at this company finally gets it”. Even if they aren’t there yet - it’s a massive leap in the right direction.

The Japanese (not that I can talk since I just traded my Nissan in on an Acura TL) have been slacking quite a bit though. I really am not impressed with anything they’ve been pumping out lately.

I miss the mid 90’s when the Japanese were coming out with these powerful classic designs on cars like the RX-7 and Supra, because those cars STILL look great to me even today.

There were lay-offs at Nissan?

They closed their La Jolla studio. Major news. They where the first california studio to open and the first to close.

Was It Savvy Or Stupid For Chrysler To Close Its Cali Design Studio?

Beware the Ides of March. By now, Chrysler's Pacifica Design Center in Carlsbad, CA should be a warren of ghost-cubicles, with perhaps a few shreds of jettisoned sketches for futurecars scattered on the industrial carpeting, reduced to janitorial...

You know, we always thought Carlos Ghosn's plan to uproot Nissan North America from Southern California and re-pot it in Tennessee sounded like a risky go. After all, what has Nashville given us of any worth since Hank Sr. and Patsy passed on to the...

I miss the mid 90’s when the Japanese were coming out with these powerful classic designs on cars like the RX-7 and Supra, because those cars STILL look great to me even today.

Back when Nissan had the 300ZX.

This new Maxima is

I agree that Nissan needed a refresher ^but that definitely doesn’t hit the mark. I think the world is finally getting tired of the minimal, ‘apple-esque’ styling embodied in the last bunch of Nissan cars (Maxima, Altima, Z) and numerous other examples in the last few years. I definitely see the sculpted aesthetic influence from Infiniti… I think it is a good direction, but weirdly implemented. I give the headlights props for being novel, but damn, they is fugly.

It is probably a challenge to follow the success of Infiniti while differentiating the Nissan brand. What about the Rouge? - Infiniti managed to polish that turd a bit!

Everyone, including Apple, is leaving the minimal design language at a different pace. Audi has with the A5 and TT, VW is with the Scirroco, Nissan has with the current Altima and Infinitis and Hitachi has left the planet with their power tools (!)

I forced myself to look at the image I posted again this morning. What’s surprising is how Buick the design is. It reminds me of the La Crosse too, but with a new front and rear end.

There were lay-offs at Nissan?

They closed their La Jolla studio. Major news. They where the first california studio to open and the first to close.

Sadly the Hirschberg era is over. We’ll see what happens…

Is this a signal that the “center of the car-design universe” has shifted East?

Or is it a signal that cost-cutting rules over all?

That is a good question cg. Talking to friends in the industry, it seams the bean counters have been given the steering wheel… bad pun. I think the number crunchers don’t see the value in having their company’s creatives immersed in car culture.

Everyone, including Apple, is leaving the minimal design language at a different pace. Audi has with the A5 and TT, VW is with the Scirroco, Nissan has with the current Altima and Infinitis and Hitachi has left the planet with their power tools (!)

Diverging from minimalism is fine (it never really even went mainstream, we just got board of it), but do so with taste. All of the above things are worse than what they replace.

there are as few brands that pull of the maximalist aesthetic as the minimalist. BMW lead the charge away from minimalism, and I haven’t seen another car really pull it off. They most likely are not investing the kind of design time that the BMW team has to get this type of look right. Pretty much like everything it comes down to proportion and finesse.

I read a novel about the car industry when I was a kid. I’ll always remember the designer telling someone in the book, “People don’t buy the car that meets there needs, they buy the car they desire.” Or something like that. If I had the cash, I’d short-sell any car company laying off designers, because they will be hurting in 3-5 years.

That is a good question cg. Talking to friends in the industry, it seams the bean counters have been given the steering wheel… bad pun. I think the number crunchers don’t see the value in having their company’s creatives immersed in car culture.

…why Lee Iacocca wrote a book called “Where Have All the Leaders Gone?”

Nussbaum wonders if Six Sigma could kill off innovation at Chrysler:
http://www.businessweek.com/innovate/NussbaumOnDesign/archives/2007/09/can_six_sigma_s.html

Rover was sold from BMW to Phoenix, a private investment company similar to Six Sigma. The sale occured in 2000 for 10 pounds and Phoenix accepted the debt of Rover. Over the next 4 years, Phoenix sold off every division worth anything. Parts were sold to Cat for 100 million pounds for example. When the only thing left at Rover was a broken factory, Phoenix let Rover go bankrupt and kept the profits.

If this is what investment firms do to companies, Chrysler has no more than five years to live.

Dodge Challenger
Chevy Camaro
Mini Clubman (I got one on order…)