Surprised I’m the first to post about this one… 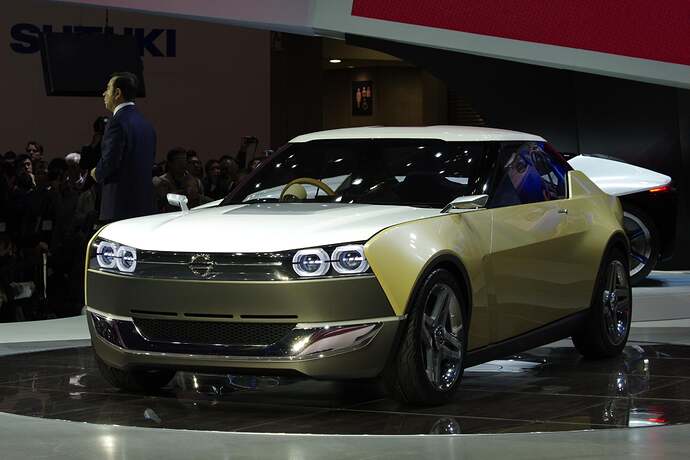 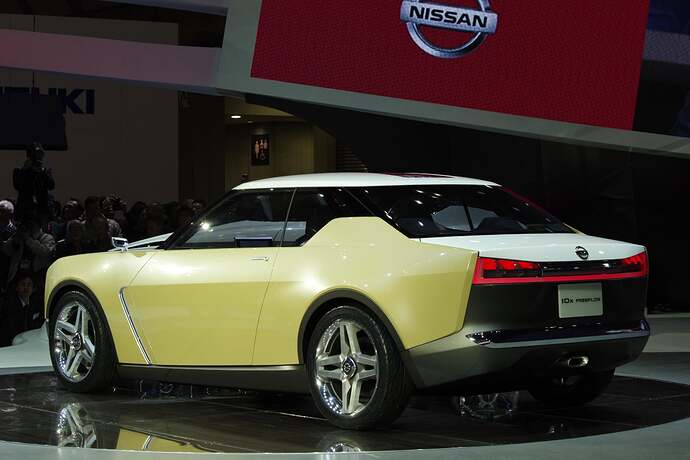 And the zestier IDx NISMO Concept 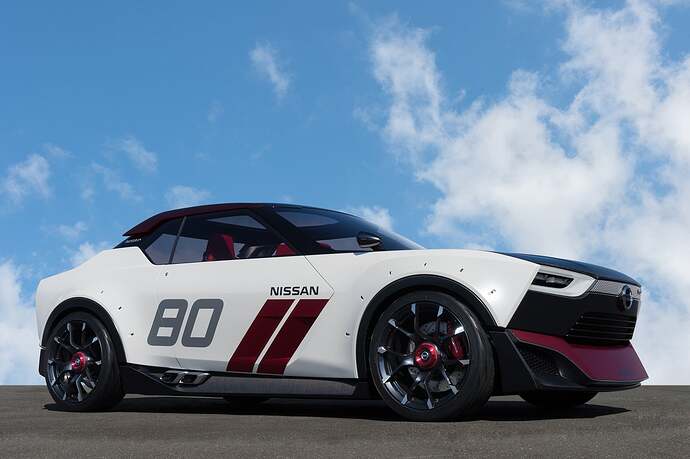 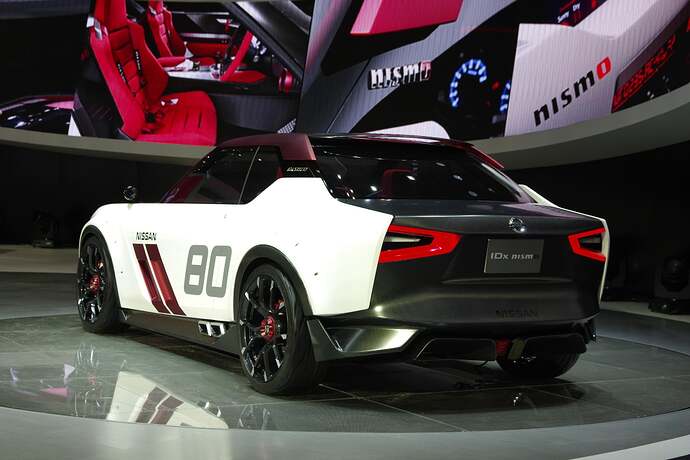 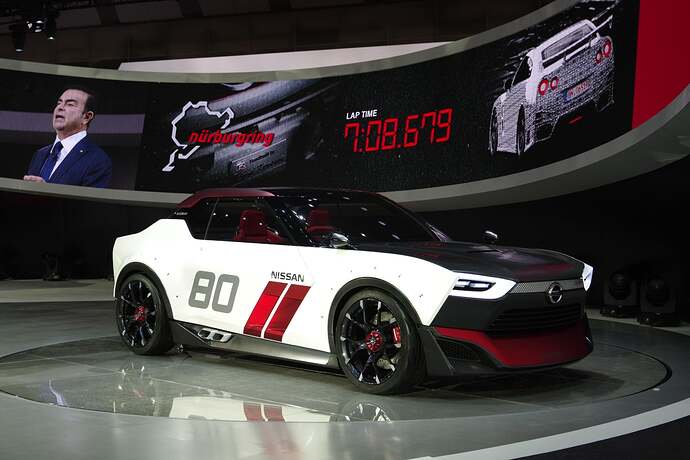 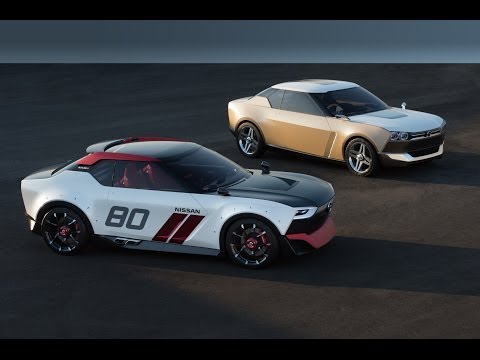 Gotta say, when I first saw it I was gasping for air. After letting it mellow a bit, I’m actually really liking it. There’s a lot going on, but there’s a simplicity to it. Nissan has confirmed it will be produced, but of course it remains to be seen just how dumbed down it will get. There’s an awful lot of plastic up front, that I’m sure will have to be broken up into a grill. But, I like the lights, the profile, and the rear 3/4 views best. I was beginning to get worried about Nissan. But now, I like where they’re headed if this is the shape of what’s to come.

I really like them. A lot. This is what I would want right out of college. My only grip is the way that odd corner of the front fender intrudes on the headlamps.

I think this is a really nice retro modern interpretation of the originals.

Pete Brock must have had tears in his eyes when he saw it.

They are beautiful reinterpretations of the 70s coupes like this one 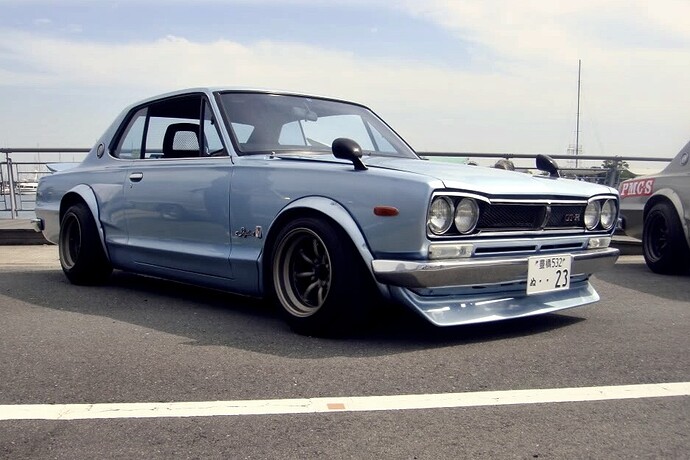 I love the design, technological and fresh, just perfect for young people. What I don’t see is how the fit with the design language of the other Nissan concepts.

Is it possible they bring this back as a Datsun and revived that brand?

NURB: You are the second. I posted it in a rant about how no one is making light, fun, functional RWD cars anymore. I wonder if this will RWD, AWD or FWD.

I love the fact that they maintained the spirit of the Datsun lineage. Unlike some other manufactor’s that have made their cars bloated from the original predecesors. ahem, VW GTI… This looks like a great BRZ fighter and something that can be easily modified for track use ala the previous Sentra SE-R’s.

Is it possible they bring this back as a Datsun and revived that brand?

Apparently Datsun is coming back, but not as a sports car brand but as a lowcost one (?)
I think for the performance models they wanna use NISMO

Imagine if they released the Sentra with a 4 door version of this. Would be so cool.

Pretty sweet. Anything cleaner with a little heritage to it is light years ahead of their current direction!

I was excited when I heard Toyota was making a new AE-86 Corolla, and disappointed that the FR-S was the result. It’s not at all practical. I have the money to buy a toy, somebody make one.

Reminds me of my stepdads 1979 Datsun Stanza 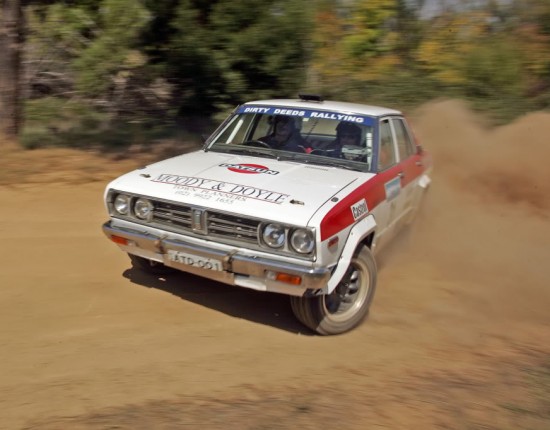 (not his car, though I do remember him putting it sideways once)

Not a Cortina, but close enough! Don’t need a box thanks, I’ll wear it home. 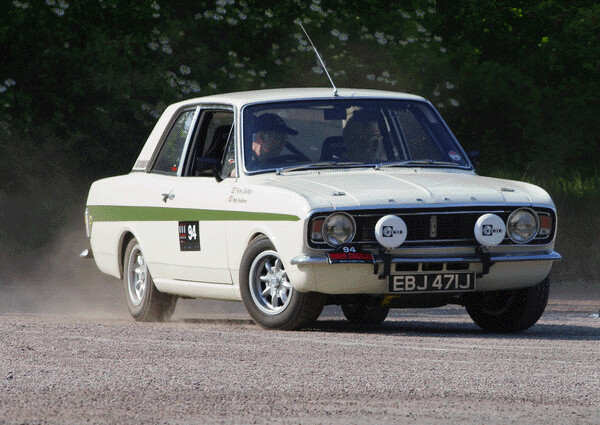 Nissan will produce at least one of the IDx concepts shown at the Detroit auto show. Vice president Andy Palmer said at the show, “Don’t say that we won’t do both, but we will definitely do one of them.”

That statement confused us a bit, especially with the positioning of Nismo as upgraded versions of the company’s normal cars. Surely, the Freeflow could be repainted and improved into a Nismo version.

Like we told you earlier this week, the Freeflow could sport either a 1.2- or 1.5-liter gasoline engine mated to a CVT (Noooo!). The IDx Nismo, on the other hand, would be a little peppier with a turbocharged 1.6-liter, probably making around 200 hp, similar to the mill in the Juke Nismo.

“It’s very lightweight, so it’s a relatively small engine,” said Palmer. “You get a lot of fun with rear drive.”

Palmer also said Nissan hasn’t decided to include a manual, (a CVT would completely defeat the purpose of the car, at least in our eyes) but he also says, “I would expect some kind of paddle shift. … There’s plenty of ways of executing a manual feel these days.” (Nooooo!) With Nissan naming the BRZ/FRS cars as its rivals, we would argue against that last statement vehemently.

“What I really expect is that, when I was a lad, I aspired to a sports car as a bit of a bad boy, and what I’m really looking for is to inspire that same positioning for kids who are coming through today who apparently aren’t that interested in cars. We have to re-engender that excitement for motor cars,” said Palmer.

That statement, however, we do agree with. We’ll keep following this until the cars are in your driveway, hopefully with a short-throw six-speed and a sub-2,900-pound curb weight.

Auto only would kill this for me. Our Jetta Wagon has an auto and I almost fall asleep driving it. Tossing it into sport mode or shifting it myself, I just feel like a jerk that is revving his engine at a stop light. It doesn’t ever feel like it’s moving faster.