I am not sure what it is about this vehicle that I love, but I do. I think it has to do with the break from tradition of everything about it. Symmetry is not mandatory! 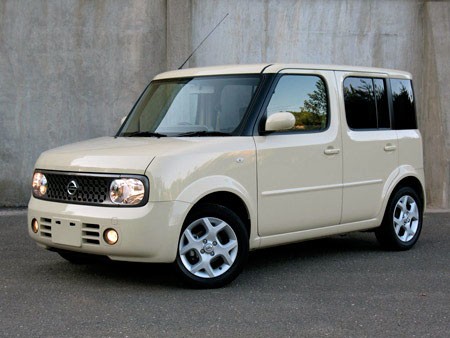 Look just like another version of a Scion to me!

O, I agree it is a Scion competitor/follower. But Nissan makes no bones about that.

I just find the execution of the Cube far more appealing than the Scion.

I remember seeing the Nissan Cube (not sure if it was production or concept at that point) long before the Scion Xb, as a matter of fact, I was kind of confused at first thinking the Xb was the production version of the Cube concept and was a little disappointed, then realized the different make.

Hm afaik that cube came long before Scion, 3 years or so. Also the Scion is a cubic car, the Cube is something else. I like it, but wouldn’t drive one 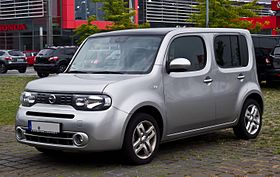 The Nissan Cube is a subcompact car produced by carmaker Nissan between 1998 to 2019. Initially sold only in Japan, the Cube was sold in North American markets from 2009 to 2014, and in European markets from 2009 to 2011. In Japan, it was exclusive to Nissan Red Stage dealerships. It is a slightly larger load-carrying alternative to the Nissan Micra hatchback. While production for the North American market ended in 2014, the Japanese-market Cube lasted until December 2019. The first generation o...

they already make them since 11 years now.

The cube has been around in Japan for over a decade, I remember seeing them on my first visit and loved the asymmetry and compactness. I prefer the older version’s harder lines to the newer melted butter look of the version available in the US. I love those wheels in the first image by ip, so awesome.

Like the xb, the original Cube is much better, but at least they didn’t stray so far like the Scion did. They should just release the xb classic…

Both have been on sale for a long time. The original Cube didn’t meet US DOT standards so it was never imported. They integrated the US spec into the second gen… hopefully it is not too late to the party, but I think the small car might be back for awhile in the US thankfully.

If this was on their mood board, then they nailed it!

I like the amount of design details on this car. Also note that they will need a lot of different stampings for the different markets. That rear door swings out the other direction on RHD models.

Also, kinda like the Challenger, this thing succeeds in design, but fails in engineering. It gets 24 mpg city/30 mpg highway. The Versa, with identical mechanics, gets 26 mpg city/34 mpg highway. 13% is the price of style.

Last, the Kia Soul is my fav. box. 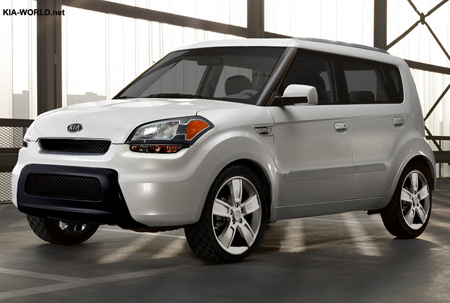 I could be wrong but I remember reading that the 2nd gen was designed by Pininfarina, which gave it the asymmetrical look.

The 2nd gen was really nice, a good blend of fun, round shapes into a cuboid silhouette, hard and soft at the same time. The little details found in the grille and the tail were interesting.

The 3rd gen has a really nice interior, I especially like the ripple wave they put on the ceiling, but the exterior doesn’t do it for me. It lost the hardlines that really helped define it, turning into some kind of blobject instead.

The 3rd gen has a really nice interior, I especially like the ripple wave they put on the ceiling,

The light should have been round! It would have intergraded better with the ripples.

I’m willing to bet it was round in the sketches

I’m willing to bet it was round in the sketches

That would be a good bet to take!

What a great little gimmicky feature.

I enjoy the ripples. Useless, but great.

Circular roof light…could have been more appropriate…not something off the shelf light.

The joys of costing… it gets us all at some point. I’m sure they had to give something to get something else… overall, it is still a pretty awesome design, and I’m glad it is coming to the US. We need more vehicles with some character that are also affordable.

Wow, I just saw this car in a magazine while on the treadmill at the gym.

and I fell in love! I guess what appeals to me is the asymmetry. I like how it breaks traditional concepts of what a car should look like. I agree that it does resemble the Scions but I think the Scion is boxier in terms of sharper edges. I see more rounded edges in some areas of the Cube, but I could be wrong.

saw this at the enterprise rental spot near my place: 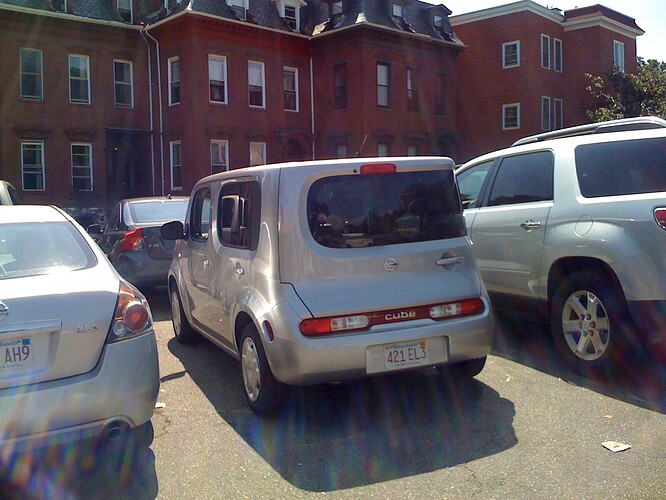 If this was on their mood board, then they nailed it!

In fact, in their marketing site they say it was inspired by a “bulldog wearing shades” but I thought the same thing as you!