If you had to choose to work at one of those three companies in the game division, which would it be and why?

I agree. I think the Wii is destined to become a huge case study in favor of Innovation.

Gizmodo did a great “ultimate battle” between the three, calling up reviews from all major news sources and declared the Wii the winner.

This should be good for all of us in design and innovation circles.

I wonder what the total ROI story is for the three? I know SONY did the most amount of investment, and Nintendo did perhaps the least (basically repurposing their old GameCube with a new style of gameplay.)

have you seen the Wii teardown on you tube? 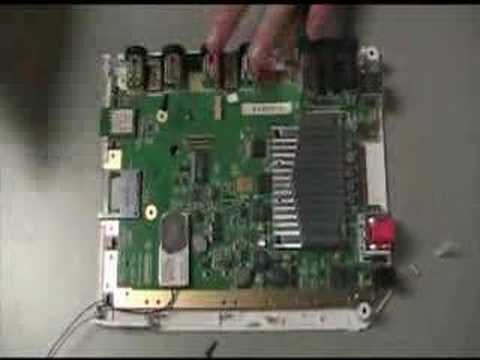 compared to the PS3 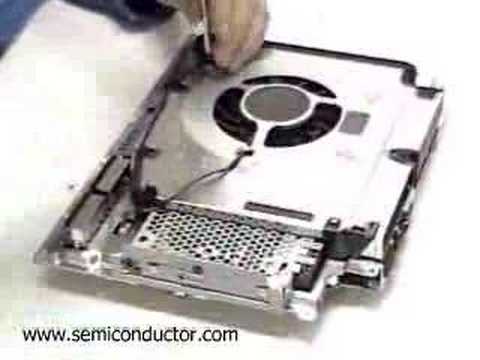 in comparison the wii looks so simple inside, no wonder sony have issues making enough of them, with all there fancy bits inside…mainly those pesky blue lasers.

Whatever happened to Sega?

id take a wii any day over the playsation 3 or xbox. to me, gaming should be about the experience, not the specs.

i havent had a gaming console since back in the day a NES, and recetly bought a used NES to relive those days. never once, playing mario, excitebike, or megaman did i wish for more polygons or better sound.

i may not be the average gamer target (29, professional), but i i am acutally considering picking up a wii just to have some good fun at a reasonable price with a good diversity of experience.

I have to admit, I thought the wii controllers were going to be more gimmicky than fun(ctional) like the powerglove, but while I haven’t gotten to check one out yet, it seems like everybody loves it (other than the broken televisions) AND I’ve heard that some games are actually decent excercise for those of us otherwise stuck at a desk all day.

I bought a Wii mainly because I wanted an error-proof way to play the classic games. I have an old NES system and using Q-tips to clean the contacts gets a bit tedious…especially when the games still don’t always load correctly.

I can’t wait for Tecmo Bowl, Excitebike, and Megaman to come out.

An added bonus for me has been how great it is playing WiiSports. The gameplay is simple, easy to understand, and amazingly fun. Everyone who’s come over to play has reacted positively to the controllers, and my parents even got the hang of playing tennis. (And that’s saying something)

I thought the controllers would be gimicky too, but I couldn’t have been more wrong.

I havent had a chance to see a wii console in person (not out yet i think in europe), but am thinking of picking one up. im a sucker for those basic games where you dont need to do a up+up+lef+right+a+b+top+bottom+left move just to win and have fun. ill take mario, megaman, or exicte bike any day!

just wondering about the build quality…is the console feel nice?is the wiimote plasticy or solid enough like a ipod?

I was thinking of picking one up myself. The last console I got was n64 and it was a gift (still love Mario Cart and Golden eye though…)

The wii looks cool, everyone I’ve spoken to who has played it loves it, but I haven’t found a store where I can try it yet. They are all set to demo mode (I guess because the controllers are wireless?), I’m thinking June, there will be more games out and the price will probably drop for the summer.

I have said it several times on my blog…the Wii is hands down the most innovative and revolutionary gaming system to hit the market since Pong.

The best example I can come up with is a 50th Birthday party I was at 2 weeks ago. EVERYONE at the party…literally everyone…wanted to try it. People were cheering, and high fiving. Kids, moms, dads, grand parents…everyone.

No, Wii doesn’t have the best graphics on the market, or the most power, or whatever…but it has the most “smarts”. Simple things like when you swing a golf club the Wiimote vibrates and has the sound of the club hitting the ball coming from the Wiimote.

The technology is amazingly accurate. Almost too accurate.

The freedom developers have moving forward for creating new genres of games is unlimited on the Wii.

A huge hats off to Nintendo.

After playing a wii at work today (yes we have one set up with a flat screen…) I’m hooked, those nunchaku controllers had to be pried out of my hands… bowling was surprisingly amazing, it even factored spin in.

A friend of mine got one and he said his parents and kids are always hogging it, he can never get in on it.

power power power power power. The 360 is a decent system, but only has a handful of quality games. Gears of war and splinter cell are mental games which really shine in online mode. The online service is what makes xbox a real winner.

from a design perspective, the wireless controller with the integrated headset is product design exellence. it’s on my best of 2006 list.

the wii is far to cute, I wont get one until I can strap two remotes to my feet and kick some mario ass in wii kung fu.

Wii is awesome! My roommate just picked one up yesterday and it was our first times playing it.

I was tired when I got home and thought of going to bed early until I picked up the Wii controller. We didn’t stop playing baseball and boxing until 2 last night. It’s as addicting as crack I say.

The boxing game is so fun hah, I can’t wait to get off work and play. I am all for Wii, amazing piece of innovation.

For the Wii I recommend:


We had a bunch of people over the house last night. One of my friends brought his 2 year old, Blake. We set up a little 4 player tennis tournament and I teamed up with Blake. Blake, the 2 year old, and I proceeded to kick everyone’s ass. We didn’t loose a game, the kid has skills. Of course most of the adults had a few drinks in them, so he might have had an advantage…

I probably won’t buy a Wii. I may buy a PS3 when Gran Turismo HD comes out. I’ve bought the PS1 and PS2 only for that one game series and love it.

If I had kids, I would definitely buy the Wii though.

definitely go for wii Head tracking with the WiiMote - YouTube

Ok so my buddies have both Wii and Xbox, and being a product designer ( and some what of a dork) I of course had to play Wii, and really enjoyed the interaction, experiance and gesture recognition. So for a while we played bowling and tennis and i thought that Wii was the greatest.

Then one day I started playing Halo 3 for xbox, and I have never played Wii since. While xbox gives you little feedback and is essentially a more ergonomic traditional game controller, its xboxs community that makes it so good. When you play you actually get a team experiance, the same as if you were on a football field with your friends. Indiviguals around the world are actually comming together as a team to win a battle…hilarious So while I think Wii is incredible from a product design stand point, they need better games and communities and graphics to hook atleast me and possibly my age group

The Wii targets a different market than the Xbox, so theres no particular reason for them to improve their share in the “20 year old guy with a headset who wants to shoot things” market. The Wii would rather you play a game with your parents who are in the house rather than a bunch of 12 year olds jacked up on Mt. Dew and shouting profanity when you frag them.

Each has their own place, and trying to capture it all is too lofty of a goal. Nintendo did the right thing when they picked their market, and it’s the reason the Wii’s are still flying off the shelves.

I went with a PS3 for Gran Turismo alone.