I’d recomend you look at some more trail shoes to pick up more of the vibe.

Here are a few pointers.

Thanks for the advice Yo…how does this sketch look?

On the road man, check out the proportions of this guy:

Most trail shoes have a very low collar height. Personally I prefer a taller height like the Nike Moire ST mid:

I love running in these.

Hmmm…maybe I’ll make a mid top version of the shoe as well. Thanks for the idea!

Saw these in the ES today, the ACG Wild Edge:

That is a hot shoe no doubt. I did this next sketch with that shoe in mind…obvioussly it needs some proportional work, but other than that, what do you think?

Yo, could you please explain your first point: Trail shoes don’t have pivot points in the tooling?

AK, my only suggestion is that you add some chunky-ass lugs to the outsole. In your first and latest sketches, the outsoles appear to be more suited to road running because of their relative smoothness. The outsole on your second sketch (the uncoloured one) looks more appropriate.

The above point about the lugs and side profile are key for trail shoes.

the pivot point refers to the round circle you have in the forefoot on the outsole. this is used for indoor/court shoes. trail shoes normally have pronounced lugs in the outsole for grip. the heavier/larger the lugs, the more grip and off-road feel to the shoe.

for the upper, your proportions are not too bad, but watch your heel area. it looks too angled forward and kinda off.

below is some work from a trail running shoe i did about 4 years ago. note the outsole lugs visible in the side view and the size of the lugs in the bottom view. 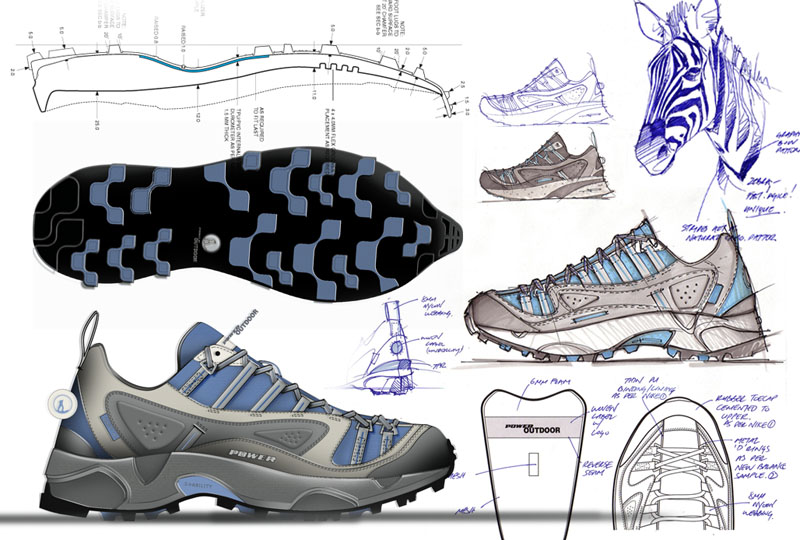 Thanks for the advice guys. I’ll post my next sketch up in a little bit.

Here’s another sketch…tried to get the proportions and outsole right. How do they look?

check out a company called Ice Bug, i saw them about six years ago at ISPO Munich.

Ice Bug is a scandanavian company and have some interesting concepts on how to make a trail shoe work in the mixed conditios of snow, ice vs hitting some exposed pavemnet or concrete.

The outsole had this cleat system that retracted under a certain amount of force (for the concrete) but provided enough traction on the ice and penetrated the surface.

It was an interesting concept and they really understood the environment and the day in the life of the shoe. Maybe it did not work 100% (i have not tried them: however, the concept makes sense at consumer level.

bespoke: I took a look at IceBug…it looks pretty interesting. The name of the tech you were speaking of is BuGrip. It got me thinking about possible outsole technologies…thanks!

For anyone else who would like to check out the tech, here’s the link:
http://www.icebug.se/ShowFolder.asp?id=79

Any comments on my most recent sketch?

I actually liked the previous one better. What I feel was working in that one is that it is a bit more holistic. i would work on unifying the design more and also bring some new twists to it. Still a bit basketball swoopy. Show us where you think trail shoes are going. Go run on a muddy trail, there are all kinds of problems to address…

Yeah, def still too swoopy like your typical running or b-ball. Trail tends to be more angular and toothy. It seems like you are afraid to tackle an aggressively lugged outsole. What you have looks like it might struggle to grip on a trail. Just go for it!

Interesting topic, as I started running in March and competed in my first trail event on Saturday, a 4-mile race at Hobbs State Park (Arkansas). I have an old pair of the Nike Air Teocalli ACG that I use for light hiking and such, but I went with the Nike Air Pegasus 2006 for the race instead. They worked pretty well.

Mike’s comment about a higher cut is poignant, as I realized in the days after the race how rough it was on my ankles. I didn’t suffer any rolls or sprains; just soreness afterward. I think it’s caused by how, in a trail run, your foot lands and pushes off from such a variety of different positions and angles dictated by the terrain. A shoe with a little ankle support would definitely have given me a more secure feeling. I think maybe a reason mid-cut trail shoes are so rare is because, ultimately, the demand for a shoe that’s cooler and lighter tends to trump the desire for ankle support, especially when most trail shoes are bought for casual wear and light hiking. Could that be the case? 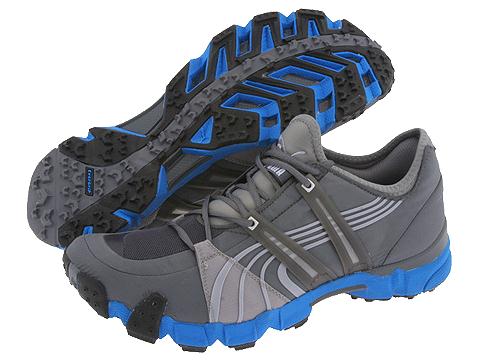 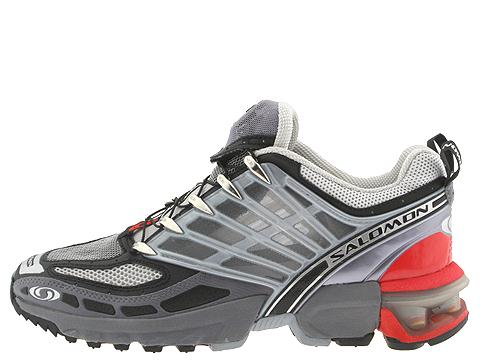 Salomon GCS Pro (This one looks mean, but looks like it would have a high heel bed, something I do NOT want in a trail runner.) 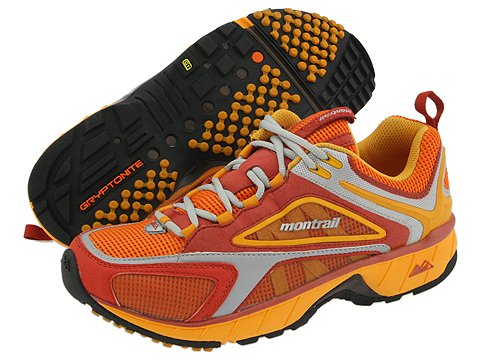 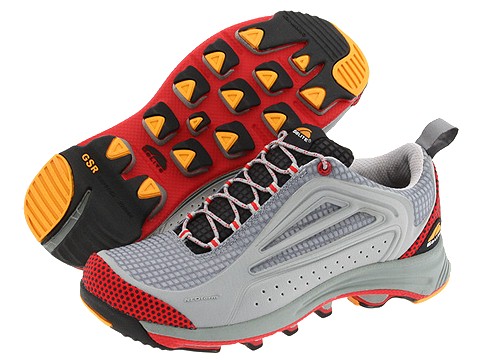 Thanks for the comments guys. I have some sketches going that I’ll post up in a bit. The curvy lines never really occured to me, I guess I didn’t pick up on that from the examples. I’ll make sure that as well as the mid cut is incorporated.

I dont find the swoopy lines an issue.

more so the proportions and overall feel for me is what gives the trail feel.

what you have going on now to me feels like a trail approach shoe. normally they have less deep lugs on the outsole, and also sometimes a higher collar as you show. 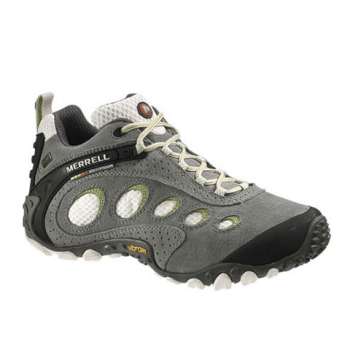 A trail running shoe on the other hand, has a bit different proportions and larger lugs.

Thanks for the advice Rich. I totally see what you mean. My previous ones were sloping up too much, as well as the lugs.

Here’s the sketch. I just tried to get the outsole lugs right, and give it a “toothy” look. I wanted to keep the curvy lines, but I tried to give the shoe some uncomfortable elements to give it a trail look. Any thoughts?

PS, I have a thumbnail for a midtop…not sure If I’m going to post it, but be sure that I’ll have a midtop version for whatever the final design turns out to be.