What the hell is wrong with these people???

/PRNewswire/ -- One of today's most successful and multi-faceted artists in the entertainment industry, Nick Cannon is a lifelong fan of RadioShack and credits...

I think there’s a memo that dying companies need to pull a PR stunt shortly before their bankruptcy declarations.

Nothing more than a recognizable figure/name for their new media campaign. Like putting lipstick on a bulldog.

From rapping to acting to TV hosting, he’s a creative chameleon! Let’s hope some of the rubs off on Radio Shack.

Seriously, how is this not from the Onion? 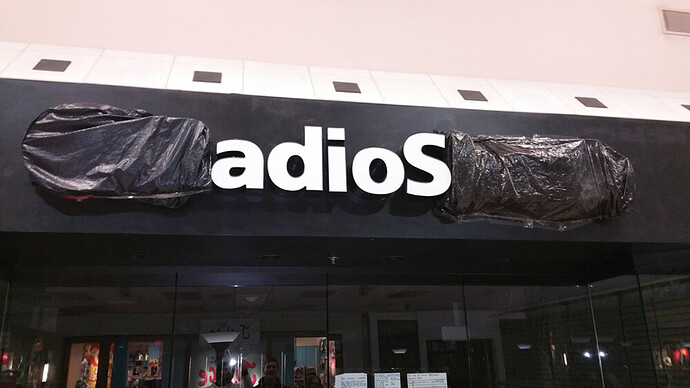 I thought RadioShack had ALREADY folded or were at least very much close to broke.

I hear Adam Savage has some free time on his hands now MythBuster’s is ending…he is like king of their target market so would make more sense for him to help steer the ship or at least use some buckets to remove water to stop it sinking!

I thought RadioShack had ALREADY folded or were at least very much close to broke.

I hear Adam Savage has some free time on his hands now MythBuster’s is ending…he is like king of their target market so would make more sense for him to help steer the ship or at least use some buckets to remove water to stop it sinking!

Their latest CEO tried to downsize and close stores, keeping only their profitable ones open but the Board of misDirectors felt it wouldn’t leave enough stores still open to try to make back their debt, so the CEO resigned and the chaos continues…

I hope Nick’s contract provided for full compensation of year one salary as an upfront lump sum.

While at first blush this would seem to be categorized with the Lady Gaga, Will.i.am, etc “Creative Director” appointments, I think this guy might have more potential when paired with the Radio Shack brand.

He will also help the company continue to grow its educational and S.T.E.M (science, technology, engineering and math) initiatives nationwide.

which is what RS was historically good for. Whether this guy will help that effort remains to be seen.

Like any PR announcement, they are throwing out buzz words. It would be cool if they re-brand themselves as the DIY or STEM go to store but if that is the case then they hired the wrong “face” with the wrong credentials for the company.
I think they are aiming to attract younger kids to buy cheap electronics (headphones, speakers, cameras, tablets, etc.)
Similar to ashton kutcher & Nikon and then moving on to Lenovo as a “product engineer”. I remember cringing when I saw this video years ago. - YouTube

They should have gotten her!

“As his first act as Wild Turkey Bourbon’s new Creative Director, Matthew McConaughey traveled just outside of Lexington, Kentucky to meet up with the Russell’s.The Oscar-winning actor wondered through their distillery, learning the history of their more than 150-year business, and of course drank some bourbon. This six-minute clip is just the first of a multi-year campaign lead by McConaughey.”

A colleague and I were just talking about radio shack’s plight the other day. I’m curious what you guys think about a strategy that could pull them out of the hole? I feel like they need to focus their market on the constantly growing maker community. Right now, they’re so confused, like; “well, people like cell phones, let’s get some of those.” Obviously they would be narrowing their market to move from “cell phones and a few transistors” to arduinos and raspberry pis, but then they would connect with people again. RadioShack used to be a place people went for advice and help with projects and to share ideas. Now you go there and the employees don’t even know what to do when you start asking about their electronic components. Focusing on these users seems so simple to me. Am I oversimplifying it?

It might help if the removed the words Radio and Shack from the name.

I think a “maker store” in key markets around the country could do really well. To become that, two challenges that The Shack would face to transition are:

Given those assumptions I think it would be easier to start from zero.

I think all that has happened, is marketing decided to change the term Spokesman to Creative Director…