Windows logo gets redesigned for Windows 8

Personally, I like the way it looks, but I think that if they would have kept it pluricolored it would’ve been better than being a Mac logo copy…

I like it. Fits the new UI, maintains the old window grid. The perspective of the flag and the flat cross keeps it interesting and not totally expected. I would perhaps make it even more apparent by increasing the width of the negative space.

Just the other day I was looking at the single colored wavy flag logo on a button and thought that it was a pretty good logo. This was a bigger leap forward. It was time to move on from multi-color, and also curves and rounded corners. 2012 it’s hip to be square.

In no way do I see a resemblance to Apple/Mac, so I’m not sure where that came from. I think the new logo is actually a Window and not a flag anymore. The perspective hints at the fluidity and movement that is now a key experience in the Metro UI. I’m not sure why they went with that blue, or if it’s flexible in use in terms of color (I would assume yes). I’ve seen reactions go both ways, but at the end of the day I feel like it’s not amazing and it’s not offensive. It lands it the middle and I’m ok with that. I feel like Microsoft as a comapny, Windows as a product is already so big and recognizable in any form that it wouldn’t really suffer or gain from this redesign, but I understand their desire for something fresh for what is “a new era” of OSs.

Here’s some pieces to read on the redesign, one from MS, one from pentagram (the firm who did the work). 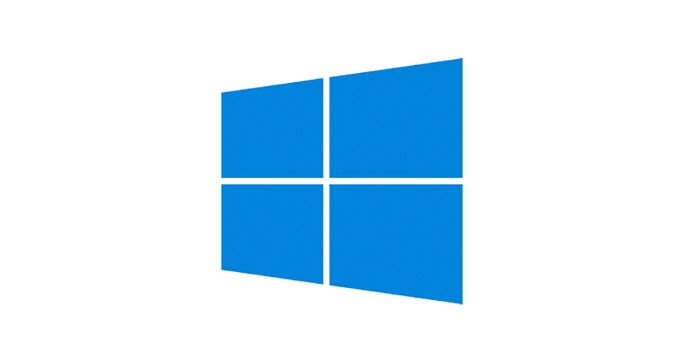 Get to know Windows 11, the Windows that brings you closer to what you love.News and features for people who use and are interested in Windows, including announcements from Microsoft and its partners.News and more about hardware products from Microso

I think it is successful. It ties nicely to their metro mobile theme, hands down some of the best windows UI work. I think that connection is a nice one to build on as we see future desk top OS’s become further informed by easier to use mobile OS’s

Surprisingly, it also goes back to their roots really nicely. It looks like it was informed by the Windows 1.0 mark. It is a nice contemporary expression of that theme.

Long long long over due, and I def like it. It doesnt give me the awful chills like when i see the old ones.

Agree on the negative space as engio stated. Also, might not be perfect alignment between the elements, for my eyes atleast. Spacing between the window and the text. dot on the ‘i’ poking up just slightly. ‘TMs’ and ‘Rs’ doesnt make it better either.

I have a tough time seeing how it is copying Apple except for going minimalistic, which im sure apple hasn’t patented (yet!)
The color feels a bit cliché atm, but I have a hard time seeing it in a different one.

I can already hear the comments:

“They paid Pentagram HOW MUCH to redesign THAT LOGO??!!??”

I love it. Especially in context to the original Windows 1.0 logo. Simple, concise, instantly recognizable.

Those who can’t see that little image so closely…

I actually kind of prefer the 1.0 “window” to the odd 2-point perspective window. I think it’s a clean take on the logo, and it certainly does resonate with their upcoming Metro graphics. I like the type and proportion, but I’m not totally sold on the whole thing. Like bngi said, it feels like 90% complete.

I agree that it looks almost done, I think the left logo isn’t in harmony with everything else. Maybe just the logo and the 8 would be a good solution. If I had more time I would give it a try

I think it looks like the flag for Greece. But it’s better then just a picture of a lion.

now that you mention it, it really does in a way!!!
Anyone up for a redesign session?

+1, I am not very convinced with logo…

At initial stage of brand launching, you might need graphical logo explaining what that product or service is.
However, established brand like windows… why are there two windows…One graphical saying I am windows & another text…Saying me too windows. (Look at apple’s graphical logo; it will give the sense of its brand.)

The graphical logo from window8 is not very strong element as alone… to define its brand.

I wish to maintain the old vista logo… But there is a thought from the new logo design team is “The logo from the vista look like a flag than windows”.

Coming back to this design…I will prefer to maintain windows text here without graphics…& not with blue…
Here, my interpretation based on this windows8 logo.

I like it, but there is something oddball with the graphic. Every time I glance at it, it looks like it’s falling over. Then I look close and it seems correct.

Yo is spot on with how this works well with MS’s new UI. I’m pretty excited to actually use it. Looks good!

But it’s better then just a picture of a lion.

I think it’s a hell of an improvement over the previous logos.

I’d like to see it refined further and to be a standalone logo. The text overpowers it and, as mentioned, it restricts minimalism.

It is nice to see Windows dress up and become fashionable.

I think it looks like the flag for Greece. But it’s better then just a picture of a lion.

On first sight, I thought of the Scottish flag

How to post an image? sorry for asking but I did a quick search on the site and couldn’t find anything

If you’re posting a linked image:

copy the link URL
Click the “Img” button and you’ll see some tags like this " [ img ] [ /img ]"
Paste the link between those tags, and your image will be posted

If your uploading an image,
See the “Upload attachment” tab below the Submit button.

I gave it a quick shot just 5 minutes, i think it might be something to further develop, what do you guys think

Maybe if you would work the window/metro tiles to resemble a squarish #8… now - no. Symbol needs to work without the type, it will be on icons, buttons etc… Looks like a TV channel now…

it was just a quick thought, not really thought through, I was hoping more people could throw in their version and in the end we come up with something cool.
If you have time throw one in