I’ve been super-busy-slammed for the last six months and haven’t had a second to check in…but this morning I got my latest NIKE email with their latest cool stuff and I see they’re pushing a new Vapormax - wait a minute, wtf. Now, I’m a huge Nike fan and I’ve come to expect good details in everything they put out, but this looks like something went wrong. When you’re a multi-billion dollar shoe juggernaut you don’t launch a new shoe with strips of elastic edgeband plugged on either side of the tongue to enable the ingress/egress expansion you’re looking for. You diecut some tech-y new perforated stretch material, zigzag edge treat it or something otherwise worthy, layer it into the surrounding elements and you play it up as a dot on the box. Is blocky, truth-in-materials-simplicity “in” right now?

My guess is whatever they planned for that area of the shoe fell through last minute; schedule got shortened, material failed, supplier choked, something…anything. That part of the shoe just looks embarrassing. 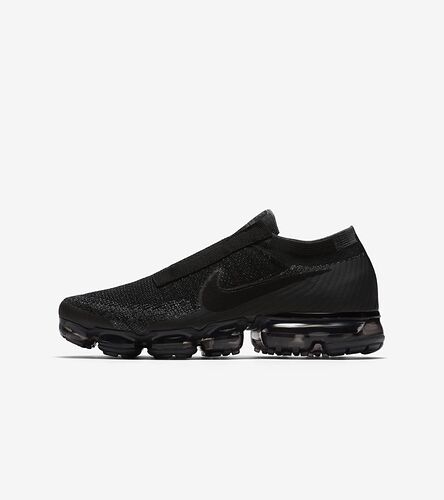 Explore and buy the Nike Air Vapormax 'Night'. Stay a step ahead of the latest sneaker launches and drops. 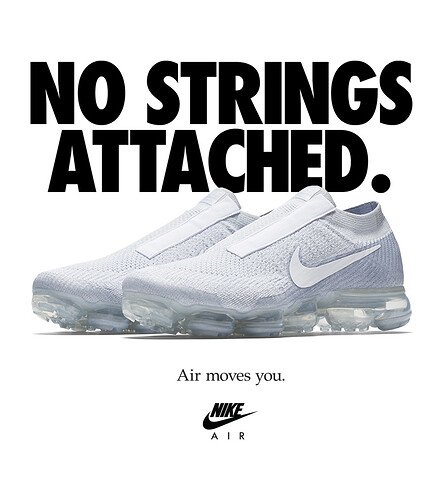 Perhaps, hard to say. Another likely possibility is the designer was inspired by the Acronym collaborations they had been doing. Of course those are a bit different in that they are:

But, that is just speculation. I’d like to see how it is executed in person. The upper is knit so perhaps it was just cut and the elastic had to go on top to hide the edge and prevent fraying? traditionally that stretch element would be an underlay. 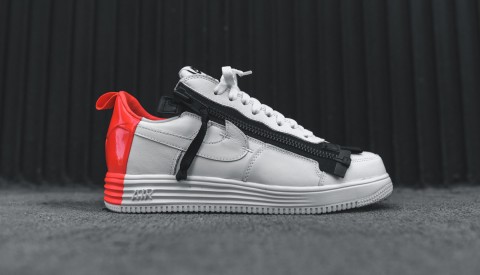 I get that they’re trying to be as minimalist on these as possible (super fly knit - and my fly knit 3.0’s are my favorite shoe), and as you suggest I would have expected that edge band elastic to be under the cut edge of the upper, and since they’re a knit upper there’s no reason that knit edge couldn’t be either fold & stitched or heat treated.

The result looks like an afterthought or a last minute compromise - even just a diecut U shaped elastic, still on top if need be, would have greatly cleaned up that appearance.

It’s kind of the equivalent of finding visible flash on a plastic part in a BMW, that sh*t just shouldn’t happen.

It is a bit odd. I’ve seen quite a few laceless knit things. So its nothing new. 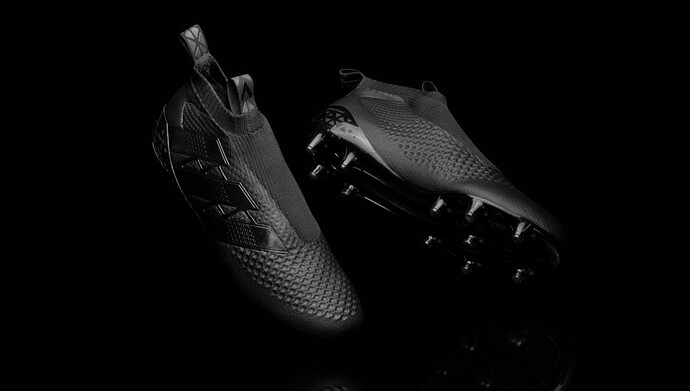 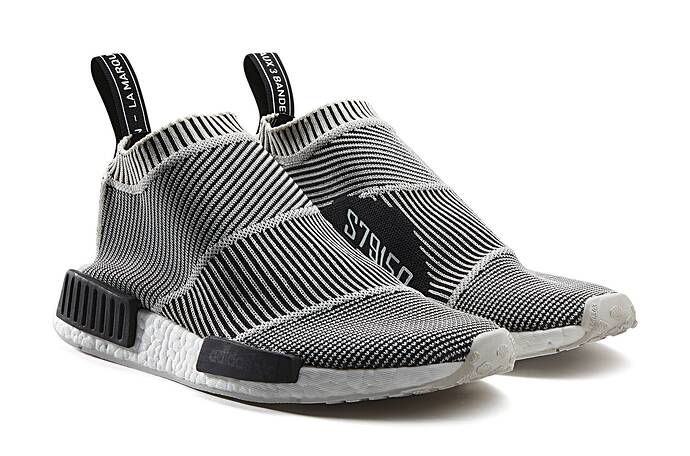 People Uncage their flykntis even. Though wonder if the knit is too elastic to for real sport activity 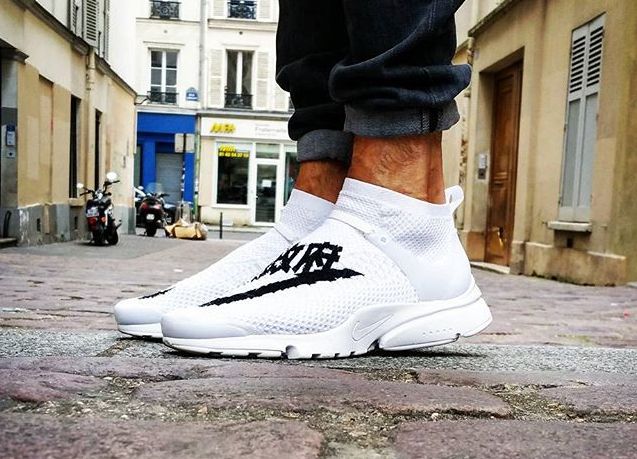 It is a bit odd. I’ve seen quite a few laceless knit things. So its nothing new.

I agree - those (the pics you’ve posted above) look good. It’s bizarre for that Vapormax to come from the biggest name in athletic shoes. Strips of generic elastic edgeband can be found at the freakin’ dollar store these days.

Ugly is the new cool. Have you seen the latest Yeezy or Balenciaga or anything ‘fashion’ lately? 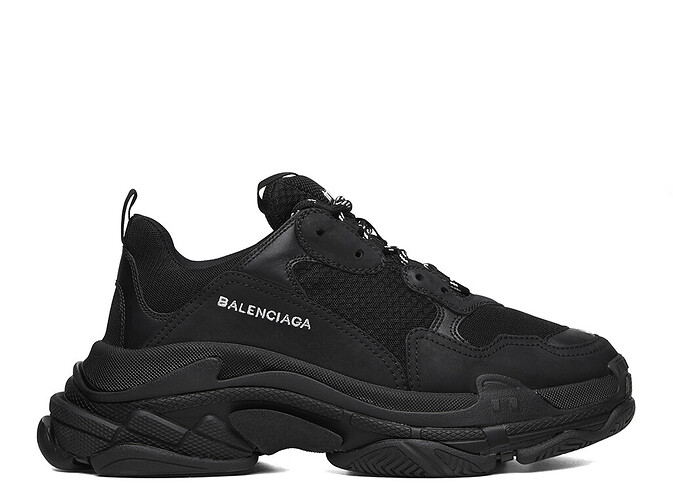 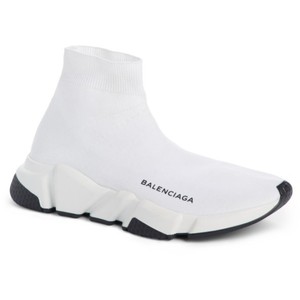 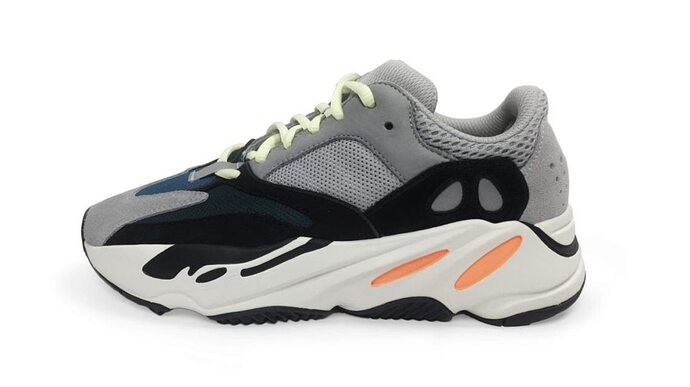 Ugly Band-Aid.
Looks like they retrofitted the existing shoe and used the elastic band to cover up the lace holes. You all know it…“we want something new, just don’t change anything we already have”

It just stands out because it is the only geometric shape on the shoe.

After a few years of Nike shoes I’m back to wearing Adidas. Really comfortable.

uh oh, we might have the reason there. It does happen. 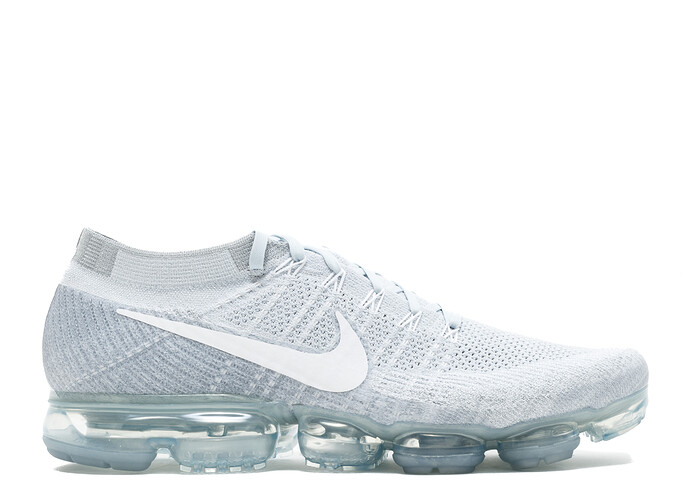 I’m agree’ing with Richard, the Off-White and Acronym collabs are kind of redefining what is allowed, and the main reason Nike can feel comfortable offering that crappy solution. Laces are so last year man.

yup, that is a big thing right now.

I understand deconstructed ugliness…seen a lot of ugly shoes on display which after wondering why I realized that was the intent.
However, Nike didn’t carry it through the whole shoe, nor did it go extreme with the detail to emphasize the ugliness. It just looks like an afterthought. I still love their shoes, but like Scott mentioned and called it out, I think they made a mistake on this one…even if you find a legitimate reason for it.

yup, that is a big thing right now.