there is a new “New Beetle” and this time it wants to be taken serious.
The bug for guys.

I am not quite sure, what to make of it. Too much time, money and ressources on hand? 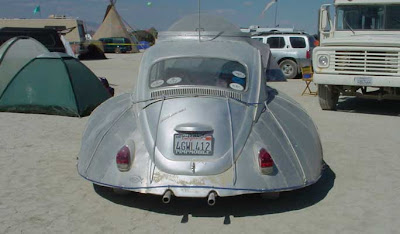 I think it looks pretty good in photos. It’s definitely less cutesy than the outgoing version. I like that went back that more sloped silhouette instead of the 3 bubble current design. I like the rear lights, but not sure they say “Beeetle” though.

I threw in a pic of the Scirocco, like a lot. The rear is super wide. 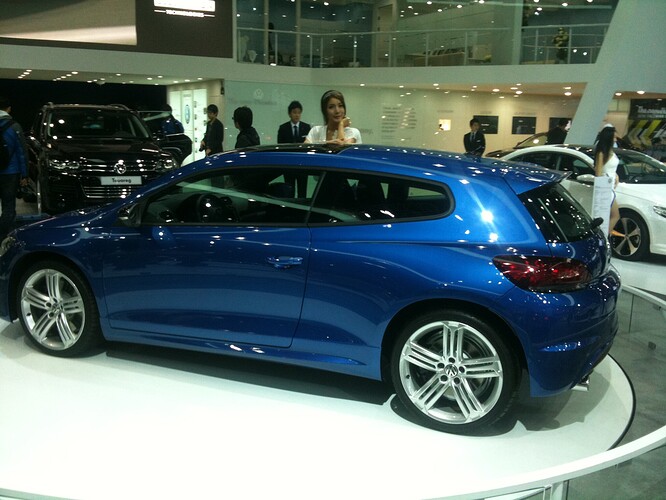 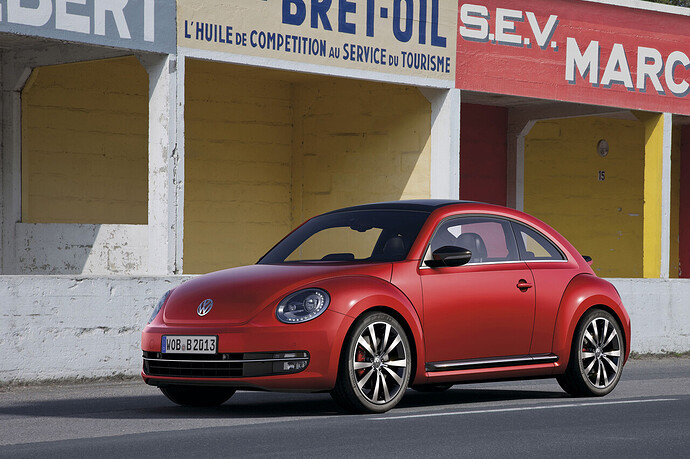 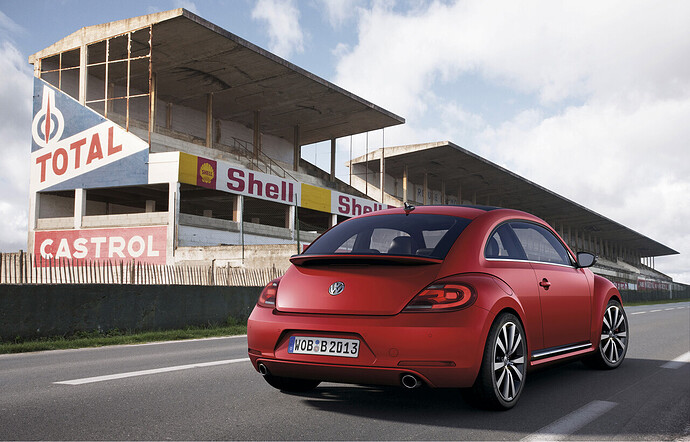 I’m liking this more and more. Initially, the form was shocking. It looks so forced versus the original New Beetle. However, I like the details…the lights, the little contour around the windows. However, looking at the interior, I have to ask, “who is this for?”. It has Golf-ized the New Beetle. Gone are all the cute parts replaced with manly sporty looking VW stock.

“who is this for?”. It has Golf-ized the New Beetle. Gone are all the cute parts replaced with manly sporty looking VW stock.

gay ride of the year ? (no devaluation of my guy neigbours intended)

Gone are all the cute parts …

Slight flavor of 911 creeping into the “Beetle” I think. The “Audi-esque” head lamp LED strings are a bit much… or enough… or too much… . not sure which it is.

Vomit. The old “New Beetle” is, inmho, one of the greatest studies in proportion and form in automobile, and possibly design, history. It was not supposed to be edgy or sleek, and there’s no need for it to be now. A little part of me just died seeing this.

I like it as a car by Volkswagen, but not as the new beetle.

I agree with Jeff that the previous one was almost perfect in proportion. They took a rear engined design and crammed it onto a front engine platform and made it work somehow. A really tough place to work from though. I hate to say it because I risk seeming like fan boy, but I think Mini has the evolutionary path down more. Do it more often and in smaller chunks. When this version of the Mini came out it was almost indistinguishable from the last unless you knew what to look for, a more integrated grille, trim that wrapped the base of the windshield and hid the wipers, fuller cross sections, all subtle.

It is hard to tell from pictures, but the hood looks a bit longer on this Beetle (might be the new Euro crash standards?) and so now it really looks like a front engine car… I reserve my final judgement until I see it, and to break with all that, I think the back looks the best.

Sad. It’s not a Beetle anymore. An unholy alliance of a Beetle, Golf, PT Cruiser and a (new) Mini.

A bit of googling found this (independent) concept. A bit too Euro random tiny car, but more true perhaps to the spirit ?

At the very least, if they wanted to make it all speedy and fast, and ditch the fun, cute, simple, I’m sure they could’ve put a new fascia on the original TT and changed a few bits around. Not that the original TT was a Beetle by any means (though I think I recall they could share a few parts), but was 100x better in design and execution and I would say was even closer to the purity of the original Beetle if somehow infused with more Porsche DNA.

The “Audi-esque” head lamp LED strings are a bit much… or enough… or too much… . not sure which it is.

The rear bumper indentation and rear lights proportion look like they belong
on a Scirocco. They have no formal connection what so ever with the rest of
the beetle.
*
The racy interiour and staged scenes of the first photographs but this further off path. Who in
their right mind will take a beetle seriously on a race track?

This was cute and it had a childish smile to it.

As a fan of the old old Beetle, I hated the original New Beetle.

My biggest problem is seeing where this fits in their portfolio. It just reminds me of a 2 door Golf with less rear head room. At least the mkI New Beetle had the flower vase, the retro interior with that brought the exterior color into the interior, the round instrument cluster, etc.

gay ride of the year ? (no devaluation of my guy neigbours intended)

The gays have far too much class to be driving this. mho.

I think it ignores the taste and expectations of the target group of the previous New Beetle.
The previous car was a pure 100% chick car and appealing to women because it looks “cute”.

For who exactly is the new one designed? Seems like a mix of beetle, pt cruiser and some golf/vw generic elements thrown together.

the designers went back into the car’s heritage by parking a 1950s Bug in the studio for inspiration.

Was there a PT Cruiser parked next to the 50’s bug?
There was never anything aggressive about the Beetle. - why try to add it now?

I think we’re being a little harsh here. I love it, and think it gives the original a little broader audience perhaps. Some say it’s gotten too aggressive for the beetle brand. I don’t think it’s more aggressive at all, just a little less cutesy and feminine, and a little more mature.

I think we need to get rid of our preconceptions of what a Beetle should look like and judge this car as if it were a totally new concept. Its not as if the last model stayed true to the original ideals of the car (affordable for everyone, easy to fix). Its not like the current corvette has any similarity to the original 1953 model (nor did the Stingray).

Good point. That’s why I stand by my comment from earlier: I like it as a car in the VW line, just not the new Beetle.

I think we need to get rid of our preconceptions of what a Beetle should look like and judge this car as if it were a totally new concept.

I don’t think that point of view is viable. This is obviously intended to be an evolution of the previous form, whereas the original New Beetle was more of an “inspired by.” It is not a total redesign; the previous generation can’t be ignored.

I’m curious for those who feel this evolution is inappropriate - what direction would you have gone? What would your design brief have been?


I think it looks great from the pictures, and will probably look even better in person.

I’m curious for those who feel this evolution is inappropriate - what direction would you have gone? What would your design brief have been?


I think it looks great from the pictures, and will probably look even better in person.

That’s just it I think. What was the brief for this? I can’t see a clear direction/target, and the execution seems all over the place. It’s not fun, not small, not cheap, not sporty, not really anything. The result is something similar to a Golf, but not. Unlike the original, there is no clear personality or position for the product.

Check back a page at the image I posted. That is just one example of where this could have gone - small, fun, simple, the essence of the original.