Late last evening VW unveiled the new Golf, which gets much media buzz
over here. One of the best selling cars in the world following Porsches 911
formula of “don’t fix it, if it aint broken”.

This is what gets all the media coverage.
The “folding paper school of design” is comming back around, after 30 years.


But shockingly it looses a lot of appeal with low spec. This iswhat they really have for 17 Grand:

Will be interesting to examine the differences to the last 10 years of Golfs.

P.S.: A formula exactly what I’d expect to be done in mens shoes. Find a perfect fit for
the mass market and then just “refresh”.

Tricked-out models are just naturally photographed at a sexier angle.

I wouldn’t call this a return to ‘folded paper’ design though. Other than the first generation Golf being designed by Giugiaro, who is associated with the style, folded paper (for me) recalls designs like the '72 Lotus Esprit, or even the DeLorean. Despite some straight body lines, this design doesn’t have the flat surfaces and angular geometry that made those cars of the past so unique at the time.

Looks good to me. Happy to see Da Silva’s influence there. The last facelift to the Golf 5 went a long way towards improvement but I think the new one utilizes a different thinking on modular architecture while keeping the ‘creased’ look of the last facelift.

Article with nice comparison shots of all seven generations:
http://carscoop.blogspot.com/2012/09/volkswagen-and-seven-golfs-brief.html

not really doing anything for me. Ive always respected the golf as a small car but never liked it enough from a design standpoint to ever consider buying one… thats still my opinion with this one. As time goes on i do like the older ones more though.

I think you can see the Giugiaro influence. In my last job we were doing stuff with Ital Design for another manufacturer just as they were getting bought by VW… It definetly seems to benefit from their flair. Ital Design also worked on the original Golf… Always interesting that German + Itallian thing. Personally I still love the Gen 4 and 5 GTI

Some of the styling reminds me of Giugiaro’s Mustang concept back in '06. The hood and side creases, even parts of the tail. Look at the shape/location of the tailpipes on the Mustang vs. the rear reflectors on the VW. 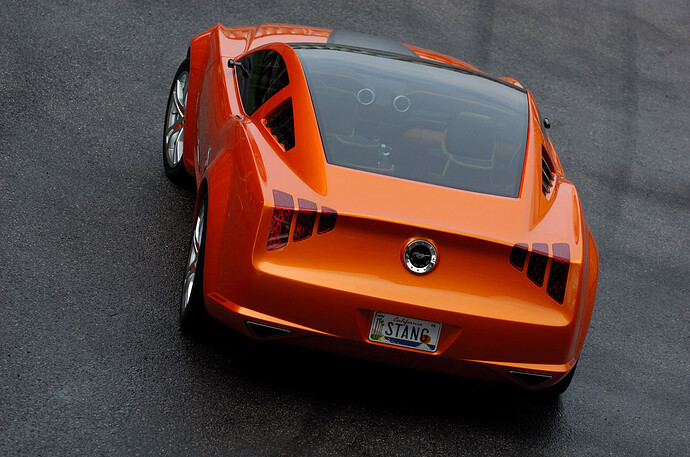 I liked the Mk4 when it came out, but it felt and looked a bit bloated compared to its predecessors. It did have a nice Germanic solidity to the design. Mk5 was a swoopy mess; the tail-lights were ‘cock-eyed’ and the lines made the rear qtr panel look very tall. I’ve owned a Mk2, two Mk3’s, and a Mk4 - my favorite to drive and for looks was the Mk3. I think the Golf 7 has a lot of those sharper chiseled styling elements and would love a new Golf 7 R in my garage. That new MQB architecture loses a couple hundred pounds as well, and the new R will have the Audi 2.0 EA888 engine. FUN

I’ve never really been a fan of the GOLF.
But if this one was ever put into production I’d be swayed to reconsider! 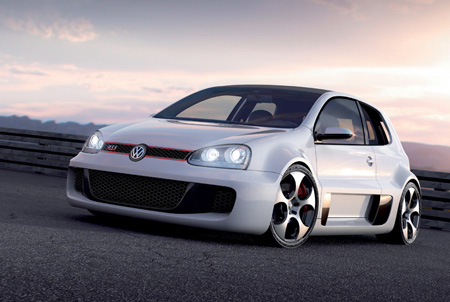 But shockingly it looses a lot of appeal with low spec.

Difference here may be more about car color and quality of photography.

Last week VW USA posted this on Facebook asking “which would you choose?”

Many had a favorite, and many were favorites!