just spotted today, that Porsche will offer a new line of mens shoes fromt next year.
(Not sneakers, but leather shoes.)

Not much to be revealed yet.

Interesting technical details are described in the german text. The shoes will have a new kind of aluminium ankle spring that will be revealed throught the sole. (No pics as of yet…)

Just for your information and pleasure. Anyone here worked on that one?

Man, I love their shoes. In fact I wish I can find a second pair of the Adidas Porsche Design S that I’ve bought 2 years ago. Can’t wait to see their new line. 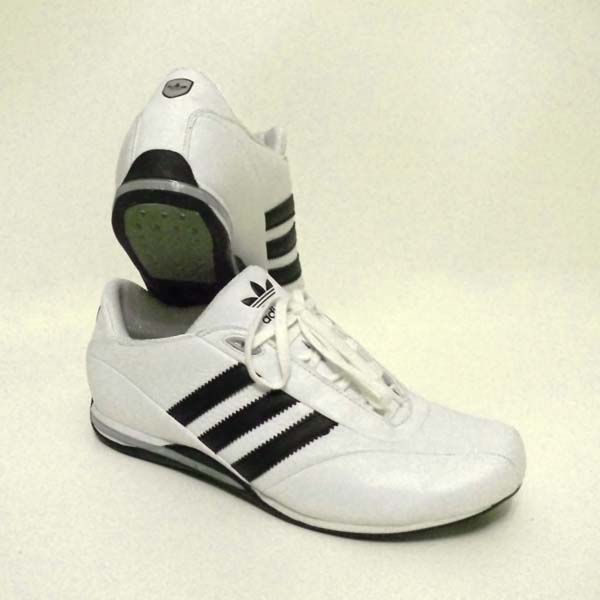 I love that they are going more away from “sneakers” i wonder if the spring thing will be similar to the training shoe they had out last year with the exposed suspension system? the bounce:S i guess it was called. 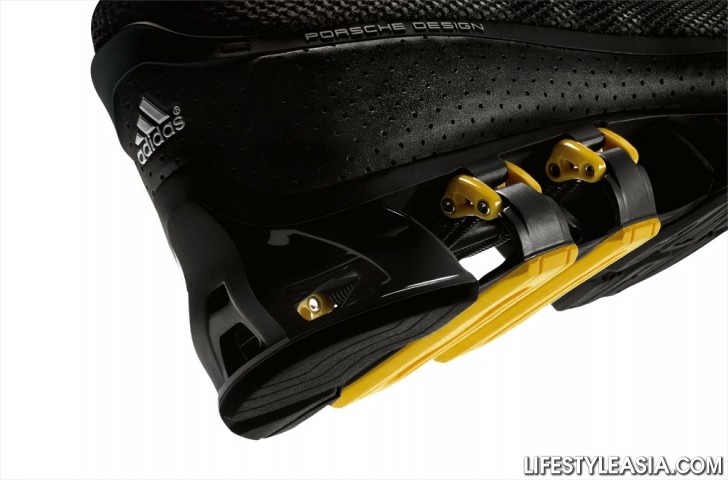 wait… are these gonna be just porsche and not even adidas branded?!?!

Does anyone know the relationship between ‘porsche’ and ‘porsche design’? DO they just license the branding? Or are they actually linked to the car manufacturers studio? Just curious…

Originaly “Porsche Design” was founded by the Designer Ferdinand Alexander “Butzi” Porsche, who didn´t wan´t to stay
at the car company after successfuly rejuvenating its range with the first 911.

The Porsche Design company was based in Zell Austria.

When “Butzi” was approaching retirement age the owners of the Porsche car company and the Porsche Design Company (Porsche and Piech families) agreed upon reintegrating “Porsche Design” into Porsche to delute any blurring between the two brands.

I assume that outside of europe nobody really new about them being separate companies in the first place.

Have a good day, anyone.

P.S: the new shoe collection is not done with adidas, but with a global supplier of leather goods. The Porsche Bags are
also done with them. 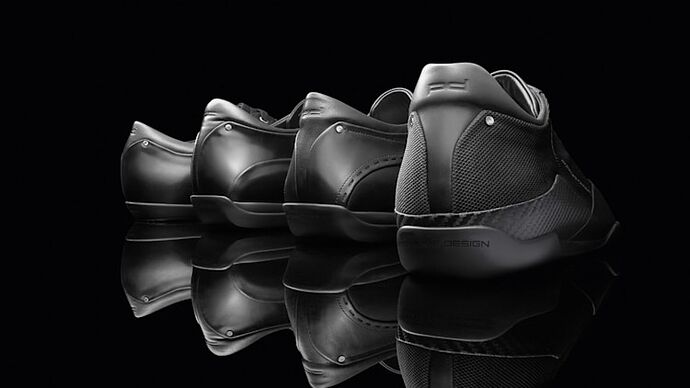 no not really, but that’s pretty hard to do in a dress/casual shoe and still have tasteful design. I think it works well with Porsche though, i particularly like the 3 eyelet blucher, the way the handled the pattern in the heel counter area is real slick. The sport shoe they have with the mesh though is very similar to a lot of other shoes just like that. That first image they had with the rear views is the best shot, because the heel of the shoes are where they are interesting, all the side views are not that impressive, would like to feel the hand of their leathers though.

also, there is still no side view of the pattern with the Brogueing, its in that teaser shot but not anywhere else. that’s the one i was most interested in!

Puma Black-station circa 2003. Right now the trends are a little more classic CVO.

Thanks R for the link.

I personally think they are all well refined and appropriate for the Porsche brand. I just wish they have something that’s a bit more sporty and high tech. Perhaps that’s where the Adidas-Porsche Design line comes in.

Have everyone seen the relatively new Adidas-Porsche Design S3? http://shop.adidas.nl/product/K3282/G02447/Collaborations/Porsche-Design-S3/detail.jsf

I like how they returned to the more subtle branding at the heel when compared to the S2, but I don’t like how they made the toe area flatter. Makes it look a bit feminine.

Just saw a few of these models in real life. They are nice. Very tight construction quality (almost all stitch and turn / reverse seams) and the lat shape is very nice. A few of them even seem to have a very pronounced edge around the toebox, sorta similar to the Puma V1 last). Overall nice, and the branding was very subtle with only a tiny little hex type nut on the heel and a molded TPR/metal(?) plate in the waist on the outsole.

Pretty solid and a lot less over the top than some of the other porsche adi stuff or other racing car shoes (Pirelli, etc.). Porsche branding aside the shoes are nice. Can’t recall the pricing though would guess about $200+ which would be pretty reasonable for the apparent quality (don’t also know where they are made).

"I purchased this brand shoe and it looks great and feels great. After putting the shoe on I immediately noticed that one of the shoe string loops was detached from the shoe. In short, the shoe could not be laced. I attempted to get the shoe replaced but unfortunately they sold out of my size. The shoe sure looks great and felt great but it had to be returned.