I like this iteration of the F430. Stance and proportion are classic. I like the shift away from the harsher surfacing of the Enzo and F430. The window line that sweeps up and back over the rear haunches to pinch the rear glass and form the air channels is clever.
The front headlights are a little strange and the straight rear view looks a little cluttered too though. 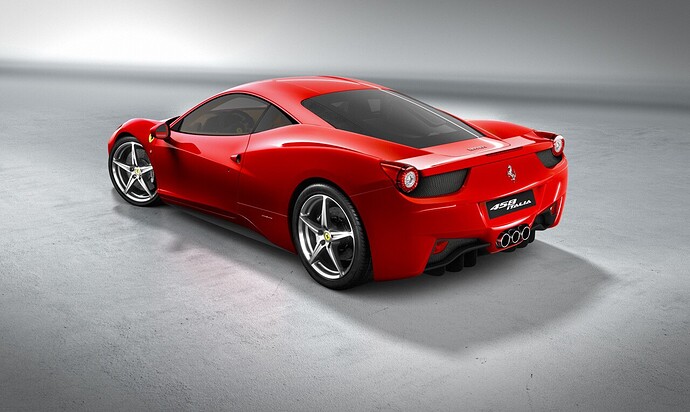 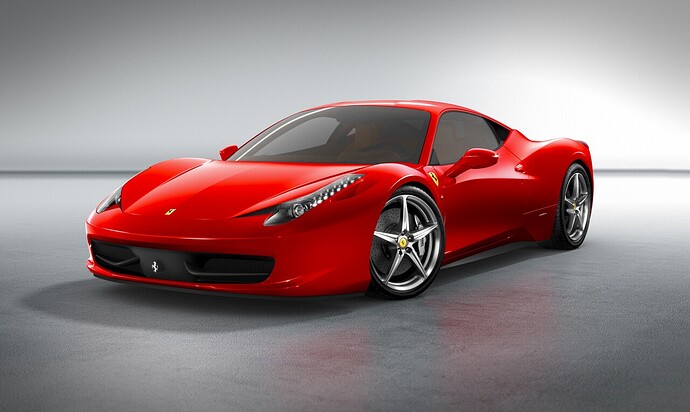 just saw this over at autoblog as well. i love it. hot. i’m not usually very impressed with supercars styling or Ferrari in general (they kinda all look the same to me), but this styling job is very well done. it takes it into a new direction that is at the same time both curvy and also edgy. I only wonder if Ferrari will use this as a template for their other cars or it will be a one off look like the Enzo. I hope the former more than the later. It’s already unfortunate that all their cars look so different and the new California already sticks out as being not linked to anything else…

Oh my… Gorgeous! I love the C-pillar(?) and the front end. It looks fierce and angry. Somewhat similar to the Alfa, but if this is Ferrari’s new direction, I love it. The taillights at the “corners” are executed beautifully as well.

Digging the triple exhaust back there as well, although I’m not sure how they’ll pull it off. Maybe one’s a fake…

Magnum would be proud to drive this beauty.

Ferrari is back… that Ferrari America is god awful… this show a return to beauty. I love it.

Jason Castriota, prior Pininfarina designer, now head of design at Bertone, loves that hard edged, choppy look, as seen in the Bertone Mantide. Since he left Pininfarina, I wonder if they are heading back to more visually pleasing, aggressively sex1er shapes.

I love it. I have been a Ferrari fan since I was a kid (so I am a little biased). This truly is beautiful. However, the window line seems a little too… playful. It’s almost silly. Also, the windshield seems a little too big for the car. Then again maybe the perspective is just exaggerated a little bit because it doesn’t come out in the rear view.

-It’s a return to bonkers, over the top, kinda weird supercar styling for a Ferrari. They’ve been playing it safe, mho, for the last decade. I mean safe for a supercar make. This thing is really bonkers though

-Big windshield, low belt line. I didn’t realize it until others pointed it out, but the windows are really low on this car. At least they look low. This should give better visibility and open up the interior to light.

It seems this is a new trend. The XJ has a very low dash and I believe the new Z4 has a lower dash than the old one. End result is more greenhouse.

-not sure about the proportion of the rear fenders. It looks like it could be too cartoony. Not necessarily a killer on something as fresh as this though.