If they do in depth market research Honda might find, that they need a broader
range of offerings to cover all of that.

Within the last 30 years the car companies in the US have fluctuated between
gas guzzling V8 Monsters and sensible compact cars. That burned a lot of
developement money in the process and ultimately drove the big 3 to the
brinks.

Me thinks that one of the strengths of the original GM as well as Toyota today
was (is) that these cater to diverse needs with a broad range.
The problem is though; you can’t build a big rig truck out of the “K-car” parts
bin. (; )

Does anyone happen to know how market research organisations cover the
diversity of the american society?

mo-i: There are a few cities in the US that tend to be representative of the whole. I’m pretty sure Phoenix, AZ is one, I think another place is Ohio. How this came to be, I don’t know.

rk: I think it’s best to separate bad research from market research as a whole. Apple does great marketing an I’m sure they do a lot of research. They just know how to separate the valid from the invalid. I think some auto market research is not analyzed properly and therefore leads to abortions like the original Aztek.

I can imagine someone from Pontiac marketing going, “we need a vehicle that has big interior space, easy to clean, room to sleep for camping and such, storage and the people don’t care how it drives or looks”. That’s what the Aztek is. Unfortunately, the market guys and the designers didn’t filter out what the BS that people normally say. Many people don’t want to be seen as vain, so they say, “oh I don’t care how this looks”…but they sure wouldn’t be caught dead in an Aztek!

Japan gets these funky Minivans too 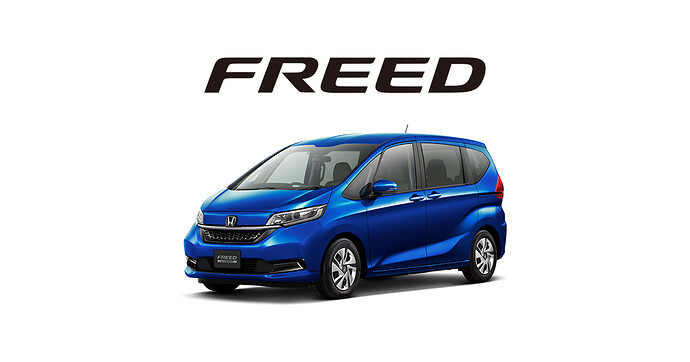 Way more than in the US.

That Elysion is pretty cool looking. It reminds me of '70’s and '80’s vans in a certain way.

Me thinks that one of the strengths of the original GM as well as Toyota today
was (is) that these cater to diverse needs with a broad range.

Toyota’s range has become much more narrow in the last 20 years.
Their priority is fuel efficiency at the sake of performance.
While their cars have become much more economically sensible, it has been at the sacrifice of visceral pleasure.
Supra, Celica, MR2, all dead. Manual transmission is only packaged with the most anemic engines.
My needs are definitely diverse but they have nothing I want.
Its a shame, I was a diehard Toyota fan growing up.

That Mercedes R is actually really nice IMO. Definitely not a design offender like the new Odyssey/Sienna.

Why doesn’t someone make a geometric minivan instead of making a goofy car form one? A Ford Flex, but more like the old American vans? It says something that Honda’s old Odyssey commercials didn’t have their van, but the old retro van. Maybe VW bring the bus back?

That Mercedes R is actually really nice IMO. Definitely not a design offender like the new Odyssey/Sienna…

I’ve been thinking about replacing the 9-3 'combi with one when the time comes. They’re selling second hand around here for ~$25k, which is insane for the level of quality, comfort, etc… If you can bring yourself to get inside of one, they’re the perfect roadtrip vehicle… 4-bike hitch rack, four farting men, and loads of gear covering ground very quickly… The CDI version is especially appealing to me. There’s an AMG version in town (a lease, according to the dealer) that cost over $100k new. 500hp stock. Saw it at the zoo.

Have you ever driven one?

But it was out of the very first weeks of introduction. Not a Benz to me. (germanic view point)