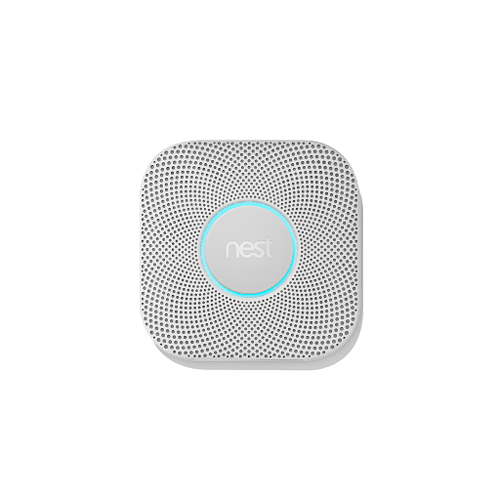 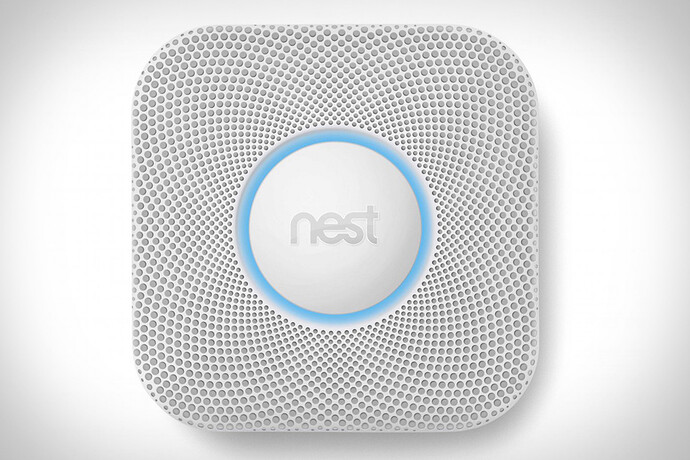 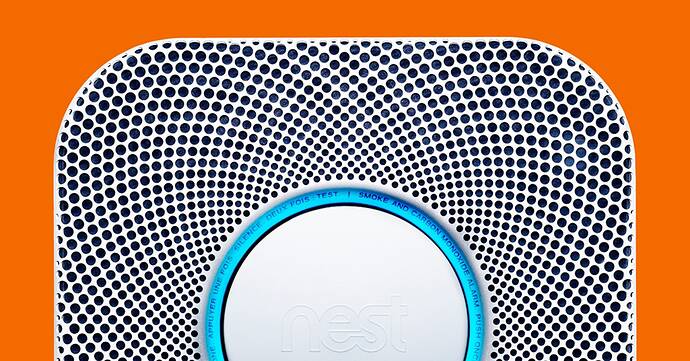 Nest Gives the Lowly Smoke Detector a Brain — And a Voice

The $129 Nest Protect, launching this fall, is a handsome white square with rounded corners and an op-arty sunflower pattern. When smoke or carbon monoxide reaches a government-specified level of peril, the device performs like every other alarm. But...

Have only read about it and not sure if compatible with my hardwired loft smoke detector but looks great and may install in addition.

I don’t recall to whom it was, but I think I put money down someplace that the next NEST thing would be a smoke detector. Another market ready to get shaken up where the only choices are between “horrible” and “not as horrible”. Connected smoke detector seems like a no-brainer.

I posted it before and I’ll post it again. Available for almost a decade now. But at 10x the price
of chinese import…

plus they cost a quarter of the Nest.
I am not really sold. I think this is a case of an overdesigned product. Sure, the cheap china solutions are crap - but I think here they just meant it a little too well… with the path light thing and the creepy robot voice and the green notification everytime you swith the lights off. It is like it wants to constantly remind you that it is there - “look at me, I am an awesome gadget!”
For a thermostat I think that is fine. But my ideal smoke detector gets out of my way. My ideal smoke detector is a white and super slim thing that I put on the ceiling and forget about it for the next few years. This is one of those things I have to have in my life but that I don’t really want to have in my life.
Interconnected and smart household devices that make my life easier and “more natural” in a way: yes please!
Blinking things on the ceiling that want me to wave at them and try to talk to me: no, thanks.

Design reminds me of the muji cd player 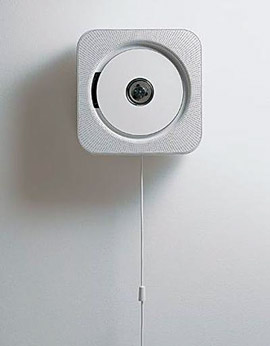 The Gira detector is cool, but not sold in the US to my knowledge. Not that the US is the only market, just the only market I can buy smoke detectors in.

Well if they are going through the trouble of integrating things via wifi, why not make it smaller, and have all the controls on your nest thermostat. I would rather just hit a button than wave my hands at the ceiling or constantly have a colored ring of light glowing as I watch a movie at night.

A smoke detector is an appliance I never want to see, but always know that it’s there working. The suggestion of making it much much smaller seems like a better direction than what they chose here. From the design side, yes it’s easily the nicest looking smoke detector I’ve seen yet. But, considering it’s $129 for ONE let alone the 7-8 I’ll need for my small house just to meet the recommendations of local fire safety professionals, there’s no way I’ll be buying. If you could outfit your house (within reason) for $100-$200 I’d be more likely to buy. A $250 thermostat isn’t too far away from a $125 thermostat, because you only need one and you’ll likely only replace it once every 20 years. But a $129 smoke detector is miles away from $20 (or Free from your local fire department in my case).

I want to see the Nest brand succeed because I really think they’ve got something good going. But to me it seems like there is a missed opportunity here. Small, invisible, verifiable.

I would get it simply for the internet connection – if at all possible I would like to know if my house was on fire while I am at the office. My current smoke detector has a wireless connection to the home alarm system. If the detector signals the system I have 90 seconds to hit stop before the alarm system sends me a text message telling me the house is on fire. It also can trigger the siren to tell the world something is awry or call the fire department.

I wonder what this one can do?

It also can trigger the siren > to tell the world something is awry > or call the fire department.

Like the burglar alarms that absent vacation home owners have here in Pismo Beach, that accidentally go off in a heavy wind, and yelp for hours?

At 2 a.m. all I’m generally interested in is finding the damned house and ripping the thing off the wall.

All I have to say is “proof of concept”.

finding the damned house and ripping the thing off the wall.

haha! At least you end up at the house!

Finally asked and they took me to a far back corner in pluming where the the nest was on the shelf and you would never even notice it unless someone pointed it out. 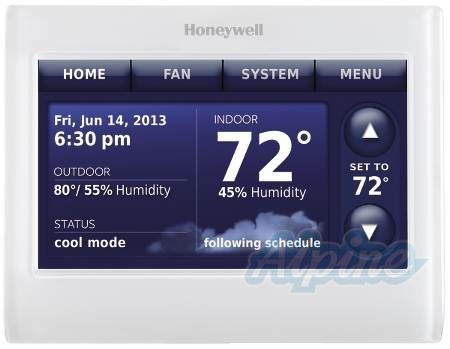 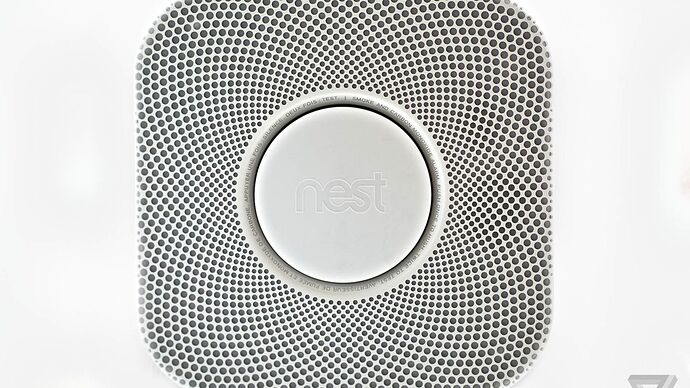 Google has just purchased Nest Labs, the maker of the Nest Learning Thermostat and Protect smoke detector, for $3.2 billion in cash. According to a Google press release, Nest will continue to...

One interesting angle is Google taking control of a company successful in the ‘internet of things’, in order to learn more about your behavior, in order to . . . sell more ads.

Saw a Nest on a big aisle end cap display at Home Depot yesterday, saw that they had been bought by Google today.

Yeh I don’t get it either. That’s an awful lot of smoke detectors to sell to make that cash back so it must be based on something REALLY amazing they have in the pipelines. I want to know what that is, and I want it now.

Well, it was bound to happen someday. The internet of things has its downsides, like walled gardens complicating every interdependent product choice you make in your life. Soon people will be choosing $30K cars that are compatible with their $500 phones, phones compatible with their homes. Too much incompatibility and backhanded sabotage (I’m familiar with this as a Windows Phone user who watches YouTube). Microsoft likely isn’t much better about privacy, but they do have an endearing incompetent side and at least they don’t own the robot dog company. I wonder if people actually think about the science fiction books they read, or do they just think ‘sweet robots!’

Yeh I don’t get it either. That’s an awful lot of smoke detectors to sell to make that cash back so it must be based on something REALLY amazing they have in the pipelines. I want to know what that is, and I want it now.

The something has a WiFi and sensors and is in the potential customers house. It is another “nose in the tent”.

Honeywell really really should be getting a big thank you check this year.

The other thing to note is Google Ventures had a lot of investment into Nest. So while they did pay 3.2B. A lot of that money went back into their pocket. But it does help stir up a bit more publicity.

Also there investment would privy them to all the development in the pipeline too. Tonys vision is pretty impressive. 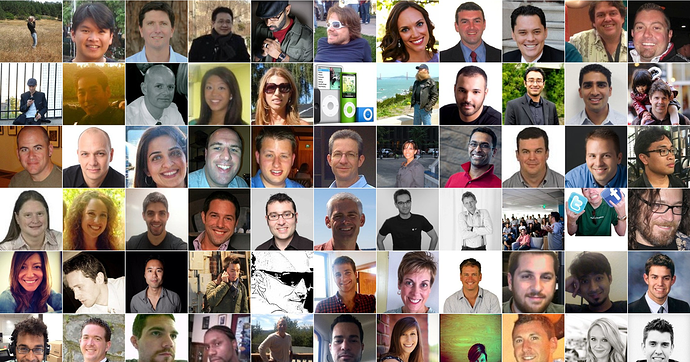 Nest, maker of internet connected gizmos for the smart home, is a good fit for Google in many ways. But that Google just paid $3.2…

In a letter from Nest CEO Tony Fadell today, the company announced it would stop selling its Protect fire alarm while it reconsidered a key feature of the device: The ability to "wave to hush" a warning alarm.