Well, I was searching the web for a good place to post something like this, and I saw someone else post a question about a patent here that got some replies, so here goes nothing.

Well, I’ve been doing a lot of research lately when it comes to patenting products and such, but nothing that I’ve come across deals with what I have on my hands: patenting your website. Now, I use that as a general term, as it seems as getting a patent is a difficult process to begin with, and even more so with something like a website. All I’m looking for is a form of protection. The reason I need this protection is because I’m going through the process of designing the website from the ground up, every single aspect about it, however it’s only on paper. I lack the skills required to build the site myself, and even if I had the skills, I would need a team of workers at my side to assist in the process. Therefore, what I’m interested in doing is somehow pitching my idea to a company with the resources, and playing a full role in designing the site that way. However, I’m afraid of the same thing I expect and hope to happen, which is them fully embracing the idea. Once they like the idea and hear it in full, I don’t know how much use I’ll be anymore in their eyes, especially for the portion of the profits I would expect. So there’s my predicament when it comes to pitching it to a company. I was thinking of possibly having the company sign a NDA before I fully unveil the website, however what’s to stop them from slyfully selling the idea or somehow finding the cracks in the agreement and working outside of me? Other means of going about constructing the website would be getting a team together myself, and working together with them on constructing it. Now, in order to convince people to join my team, I’ll have to tell them what the website is all about. Once again, I’m at my predicament. After they hear it, how do I know one or more of the people won’t go off and do it themselves outside of me? What form of protection would I have in either situation? It doesn’t have to be a patent, just a solid form of protection that would stop people from building this site outside of me. As you can see, I don’t think I’m asking for too much. What I have is quite the unique and novel idea, in many different areas of the website. All I want is some form of protection. Thank you very much for your help. I will find a way to build this site in one form or another, if not I would be denying the world of something special.

There really is no such thing as a website patent, if there was then there would be a lot of people in court right now for ripping off every 2advanced.com site ever published.

The closest you can get is a software patent but depending on your website idea, it might not even qualify as software. It would have to be very specific and outline exactly what your server-side system is running and why it is so much different than anything already out there.

As for protecting your idea, get an NDA written up and be careful who you show things to.

You might also want to do an extensive search to make sure that what you want isn’t already out there, you’d be surprised. I can’t tell you how many friends ask me for help developing “the greatest idea ever” and then i show them a 2006 catalog with it already produced in five different colors.

I assume you’re a regular reader of TechCrunch, Mashable and a whole host of other Web 2.0 sites that cover new ideas. If not, you should be reading them because your idea is probably out there.

Personally, I don’t worry about protecting ideas. I traded emails with Fred Wilson (of the heavily traffic’d “A VC” blog) over the weekend and suggested that the feed services add reputation systems to the embedded advertising systems. He’s emailed back a couple of times giving me progress reports of a sort. It’s a good idea. I know it. He knows it. If he makes money off of it, great. I just want to see it happen. Right now, it’ll just be an idea that gathers cobwebs in my mind.

I regularly give away ideas on my blog. Ideas are easy. Implementation is hard. My advice is to worry less about protecting it and more about how to make it a reality.

I’m at the point where I’m willing to fully dedicate myself to this idea, and want to do everything I possibly can to see it come into fruition. I understand what you say about an idea forming cobwebs in your mind, and if you’re in the situation where you’re getting a bunch of cool ideas and aren’t in the situation to properly act and know you never would act on those ideas to begin with, there’s really no reason not to get them out into the open I suppose. You said if he makes money off of it, great. However, I want to take every available course of action to ensure that I can make money off of it. After all, I want to play a full role in the development of the idea itself, and it is my idea.

I agree with your statement that ideas are easy, and implementation is hard. But that does not discount or take away from great ideas when they are thought up. If they’re great, and not currently in existence, it would logically seem that it’s worth it to go through the implementation. The last thing I’m going to do is go off and herald this idea to the world, and sit back as the big boys leech off of the little guy. I want the hard part for many obvious reasons. First of all, I like the challenge. Secondly, I don’t think I could possibly live peacefully with some major corporation making hundreds of millions off of my idea while I’m left in the gutter. That’s just me though. Besides, that would be the easy way out. I want to prove to myself that it’s possible.

As far as worrying less about protection, well right now I’m just going through the steps. I want to ensure some form of protection, the best I can get, before moving on to the next step. Its phase one of making it a reality. After all, why would I want to make it a reality, go through all the work, and then not reap my worthy benefits.

Right now, as mmjohns recommended, I think I’m looking at an NDA as the best form of protection. It also seems to be the standard that people use when in situations like mine. I simply figure people must come across this all the time. After all, websites are always in development, and I figure there must be an obvious solution to this glaring loophole.

Thank you both for your assistance.

I forgot to reply to both of your assertions that the site may very well already be in existence. Although it may exist in some form or another, the crux of the site and the 2 major and significant things that set it apart are in no way in existence. I’ve done multiple searches. It’s also obvious to me, that if it did exist, it would be popular, so searches really aren’t even necessary (not to be arrogant). There’s also many other defining characteristics of the site that are currently not being implemented. But I appreciate you showing me the sites with the new and current ideas in development. And no, not there.

Honestly, why not find a good patent attorney that specializes in software and network stuff and schedule a meeting? You can certainly patent a website if it contains some kind of patentable idea. The idea behind Netflix is patented for example.

Amazon did it, and it was upheld in court:
http://cse.stanford.edu/class/cs201/projects-99-00/software-patents/amazon.html

…but they got hell for what they patented: 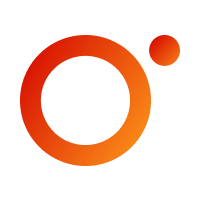 Gain technology and business knowledge and hone your skills with learning resources created and curated by O'Reilly's experts: live online training, video, books, our platform has content from 200+ of the world's best publishers.

Well, one major method of achieving results with the website I’ve created is quite unique, and easily more original than that “one click shopping” deal. That gives me hope that it can be patented. If I could patent just the one aspect of the site, I’d be in a pretty good seat. Perhaps even a provisional patent just to hold my place for a while.

Thank you for your replies.