Can someone please help me identify this amazingly sexy table? I saw it in a magazine and there was not a tag on it, so now I’m more curious than ever to know what this is. 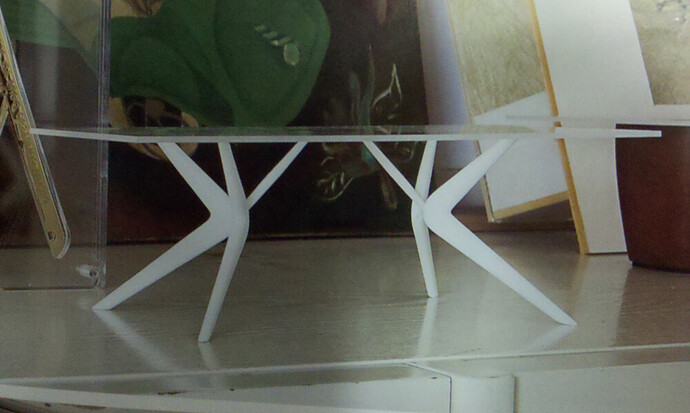 judging by its surrounding, i’d wager it’s actually a small model of a table, possibly with rapid prototyped legs. if that’s the case than i doubt it exists full-size.

Yeah it definitely looks small because I took the picture straight out of the magazine. In the magazine itself, its actual size and everything.

So the magazine did not quote what it is?! Strange.

I would just call the mag. The interior editor MUST know what he puts into his magazine.

What magazine was it from? i know that I have seen it before, and it is killing me! Im trying to find it for you, but Im hoping I didnt see it in the same magazine.

I know! It’s killing me too. I seriously just spotted it out of the blue at some magazine stand/cafe. I was waiting for my coffee, flipped through a few design mags, and the table immediately caught my attention. I was flipping through a few so I can’t remember exactly which one it was. It was either Monument, Objekt, or another one of the more obscure design mags. I’m going back to the cafe today to find out exactly where it came from though.

I was having the same feeling as you guys, "I know I just saw this.’

but then found this 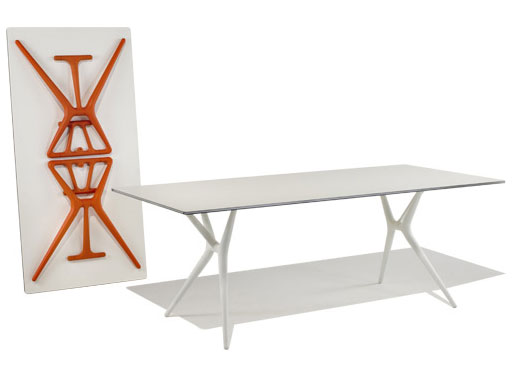 and am pretty sure this is what I saw, which bares a resemblance, but not the same.

Ha, Idiot, I actually just saw this at the Kartell flagship store and realized how similar they look. Kinda like the other one better…even though this one is designed by antonio citterio.

Ahh, the power of messageboards at work!


Def like the top one better. Plus, my head cant really compute that folding system on Citterio model. Seems like it doesnt add up.

Ditto that bngi. So, I figured out the magazine I picked up with the picture in it. It is DDN: design diffusion. They have an international number so I’m not going to call that… but I shot them an email, and hopefully they will get back to me.