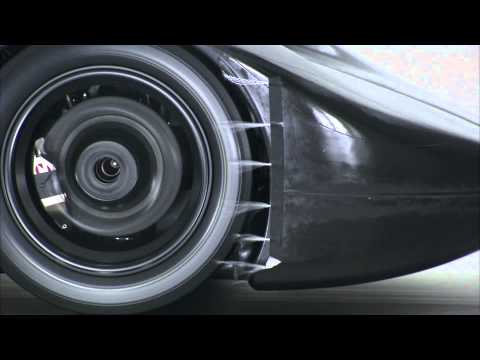 Ignore all the Nissan BS. The engine is built by RML in the UK and badged as a Chevy in touring car racing, a Nissan here.

Very cool concept. Half the power, weight and fuel consumption of a Le Mans prototype, but promising equal performance. It will run as an unclassified prototype in June.

It’d be better if they demanded the driver have pointy ears on his helmet to assist with aerodynamics.

Looks like they found a use for this 2 year old indy car concept. It will be interesting to see how it fares, I will be rooting for it to win. I would like to see it on a autox track though. 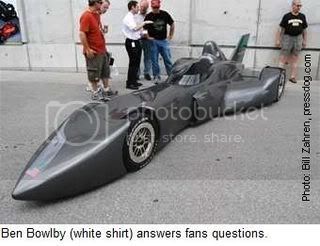 Not exactly the same, but you see the design influence- 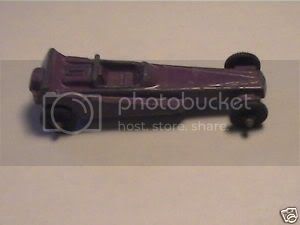 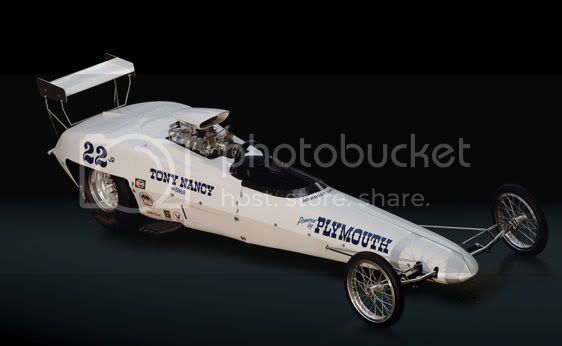 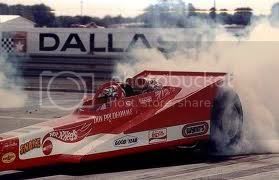 And the famous “Flying Doorstop” 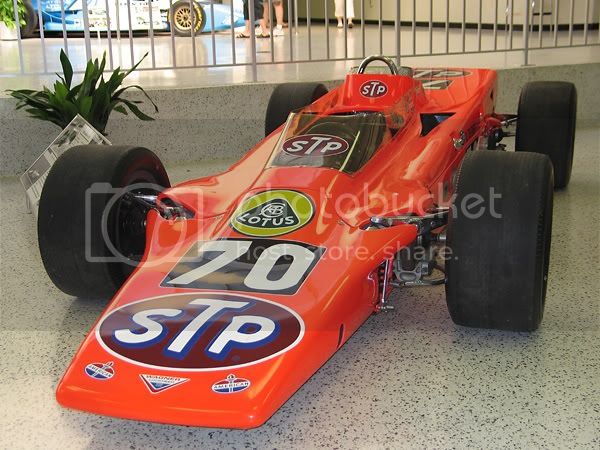 yeah, but with the exception of the STP Lotus 56 they are all straight-line machines.

Lew: Yeah…I’m curious to see this thing go through the chicane at Le Mans. Three wheelers don’t have the greatest history of cornering.

It looks like the front is widened from the indy car version. Turns out Dan Gurneys shop built the car, and it is powered by a turbo Juke engine making 300bhp. It is racing as a concept and not entered for trophies.

1964: I was 13 years old at the time, and got to see what is probably the most unorthodox car ever to touch bricks at Indianapolis during time trials. Talk about inspiration. I have no clue what it was; it’s almost like he invented this totally outrageous chassis, but forgot it needed a driver. It got backed into the wall on the final day of qualifications and never competed. A.J. Foyt won (his second) Indianapolis 500 in this year with an average speed of 147.36 mph.

Can you imagine driving this car, in that completely exposed position, with drum brakes. Different times. . … 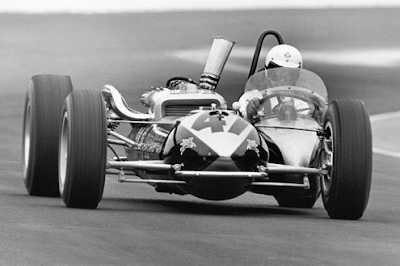 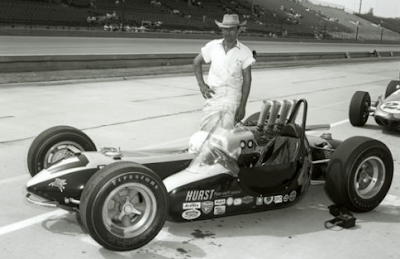 1964 was also the year Eddie Sachs and Dave Mcdonald were incinerated on turn four. My dad and two of his friends were seated about fifty feet from the barrier fence at the secondary point of impact (when Macdonald’s car careened into Sachs). They were covered in oily soot when he got home; dad never attended another 500.

edit - don’t know why I posted this… growing up near Indianapolis, it always has me thinking about the track at this time of year; even after almost fifty years… …

I understand the vehicle dynamics theory behind this thing, but it still just seems intuitively wrong.

That side car reminds me very much of this guy:

Without the shell it’s a 4 wheeled motorcycle with you just being the dangly bit off the side.

Lew: If you can find it, watch the doc on the 1955 Le Mans disaster. Very scary.

Really graphic, don’t think I need to post it. Easy to find on YT if anyone is interested… . .

Yeah, that indy vid was crazy. Kind of like the Dan Wheldon crash earlier this year.

That side car set up is pretty sweet. And like Scott said, I get why they did it but it does just seem wrong.

Here is a bit on it
http://www.cardesignnews.com/site/home/display/store4/item254255/

And their web site

Must of been cool to actuall see the side pod car when it was new!! I read about it (years after the fact) and I don’t think it is in the indy museum? Those were the days of creativity!
Mickey Thopmsons rear engine Harvey Aluminum cars were pretty cool also, but they would n’t let him run the small dia tire, and the large dia tires made the cars unstable. 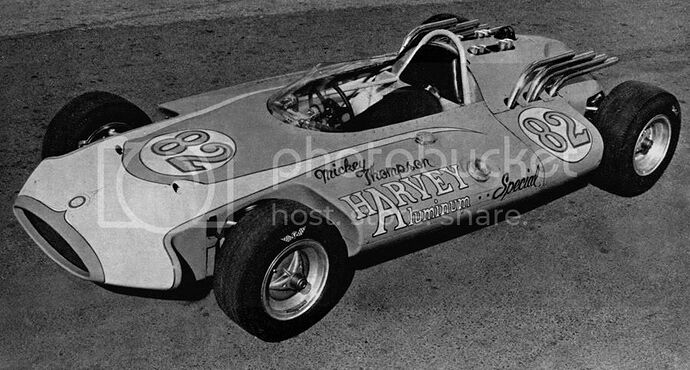 Lew: Reducing rolling resistance with smaller tires and reducing the front area of the car for aerodynamics. At Indy or at Le Mans, reducing drag is more important than downforce, hence the same concept being pitched at both.

The side car set up is to put the weight towards the inside of the corner. Indycars used to (maybe still do) run wider outside tires on the ovals for the same reason.

The side car set up is to put the weight towards the inside of the corner. Indycars used to (maybe still do) run wider outside tires on the ovals for the same reason.

Not anymore, but only because asymmetrical suspension was banned years ago. You still do as much as you can within the rules- outside springs and tire pressures are stiffer, inside camber is positive, caster is different, etc. You move as much mass (ballast) to the inside as possible. The cars naturally turn left, it takes considerable steering effort to make them go straight.

??? seems the opposite would be true, but definitely reduces frontal area.

Somewhere I read than Yunich spent a whopping $40,000 to build Side Car… the drum brakes were off of a Pontiac Tempest and were apparently the cause (overheated and faded) of the incident that ended the car’s qualification attempt on the final day of time trials.

$40K wouldn’t pay for tires nowadays would it Scott?

I think $40k would buy two tires, but who buys tires? The big teams get tires on loan and the tire company takes them back.

Interestingly, my dad was a hot rodder in San Bernandino in the '60’s. He went down to Parnelli Jones Firestone to get the widdest tires he could for his '30 Model A. He ran into Parnelli and explained his project. Parnelli takes him to the back of the shop and shows him a couple of used Indy slicks and asks if they would work for my dad. I don’t know if he paid for them or not, but he still has them on his car.

I was never the one signing checks, but I think a set of Indycar tires works out to around $3000. Everyone pays for them, but you don’t get to keep them. You just pay an annual contract with Firestone, I think it’s about $300k per year now. Of course, you’re not just getting the tires, that price includes support engineers, mounting and balancing, etc.

A Pirelli F1 tire contract is something like $1.5 million IIRC, but that is for two cars, and obviously they travel a lot farther too.