My first self made shoe prototype

so this is my first time doing this, i already have experience in building shoes so that wasnt a problem here, this shoe is supposed to be a skateboarding shoe. in the middle of designing i thought about putting a half toe to save up on space and give a bit of more comfortability, i also changed the design a tiny bit to put more focus on the plastic canvas(grid) so that it would be more durable, i used black padded rippstop underneath but i originally wanted to use some trictot but i couldnt find it in time, these are actually a submission to a contest so i wasnt able to get everything i wanted, next time i will though, im researching on making my own soles and heel counters and found a couple of interesting things, so i think i can do it, but i have to wait till i have enough money to buy the materials needed, something im gonna try out in the future.

i learned a bit from this project, one good thing i found about this project is that i have to limit how many laceholes i place on the sketches since it does affect the layout of the design if there is actually something intended for it, like for example on this shoe i put layered material on the first three laceholes to give better durability, and then the lenticular material for the formstripe, another thing i noticed is that i have to pay more attention to sizing of letters and what methods to use to put them on. on the original design i had planed to put S02 in a different material and put it on top, when i finaly got the patterns i noticed it was WAY too small, when i tried cutting pieces out evertime they came out different and also stitching it would have been messy since again it was too small, embroidered would have worked out better, but i think i did alright with replacing it with the stitched stripes.

so, just to say what it has, carbon fiber vinyl, black leather vinyl, black ripstop(1/4" foam padding on it), clear plastic canvas, and grey lenticular. On the inside is quilted liner. All of the synthetics materials cut down the weight on it, the original upper was about the same weight as the finished shoe with soles on them.

i would love some feedback on these according to desing or any other little matter lol, i hope you guys enjoy the pics. 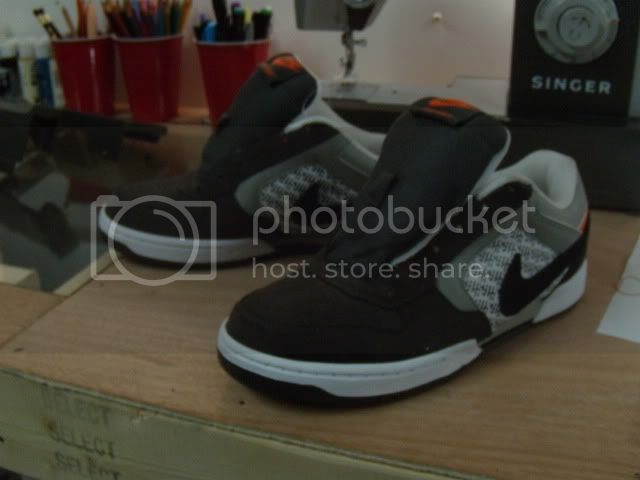 original sketch(worked on it before getting the base): 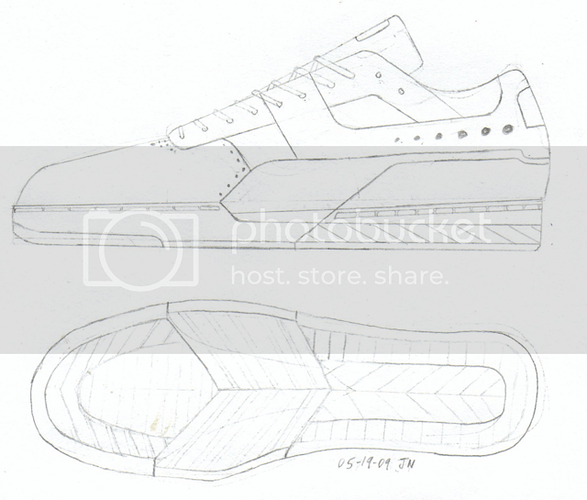 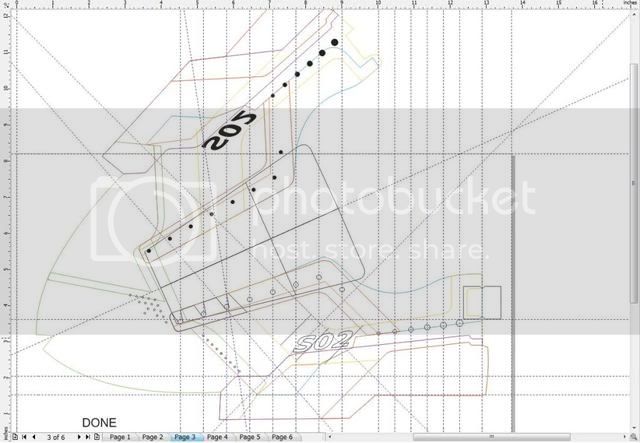 the pieces to build it(the only different thing here is that the formstripe was originally black leather vinyl, but when stitching it to the grid it looks really messy since the vinyl was too soft, so i replaced it with the lenticular) 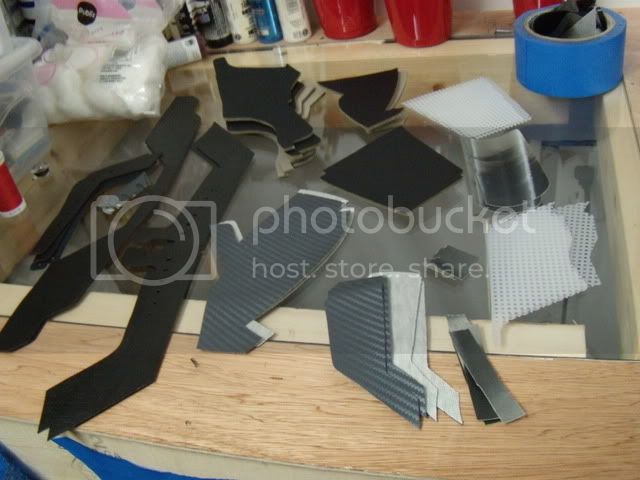 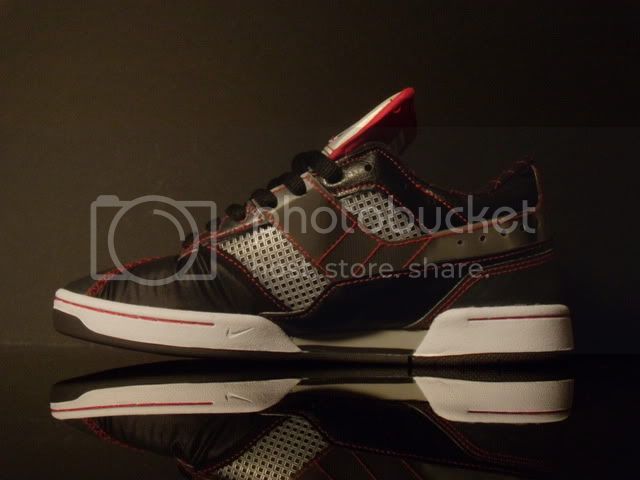 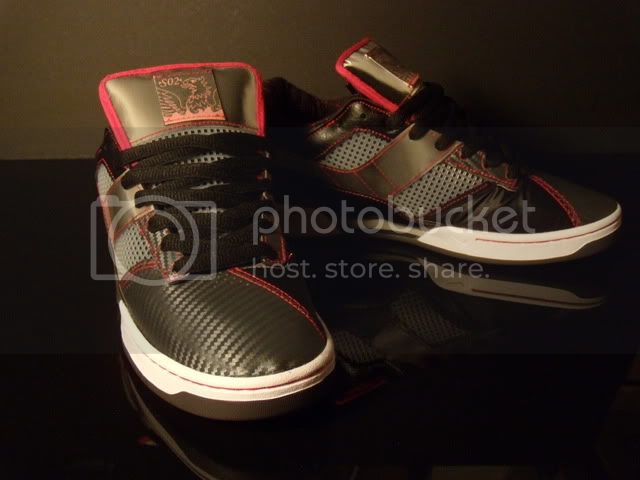 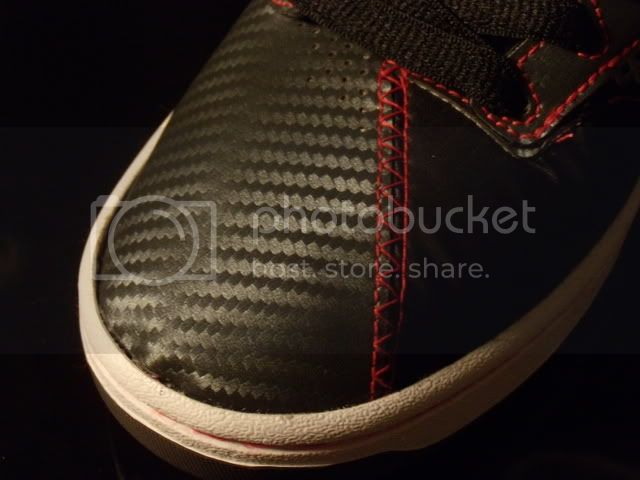 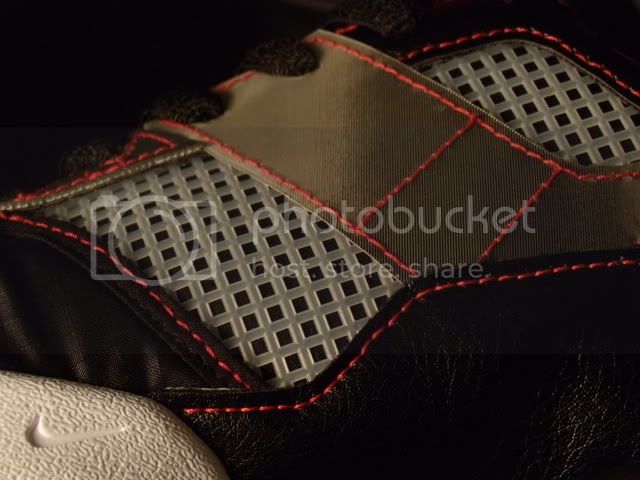 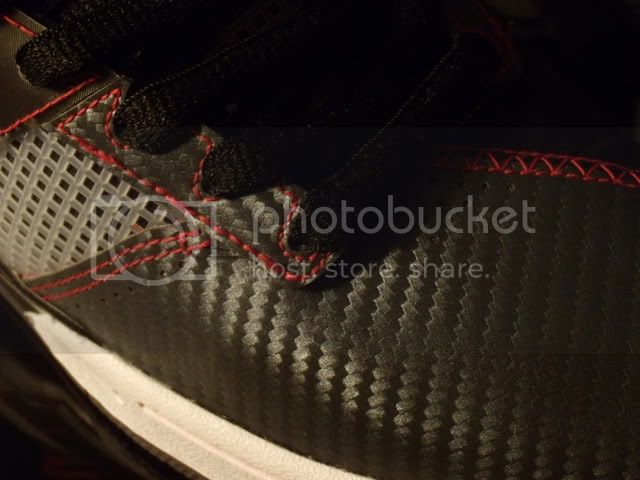 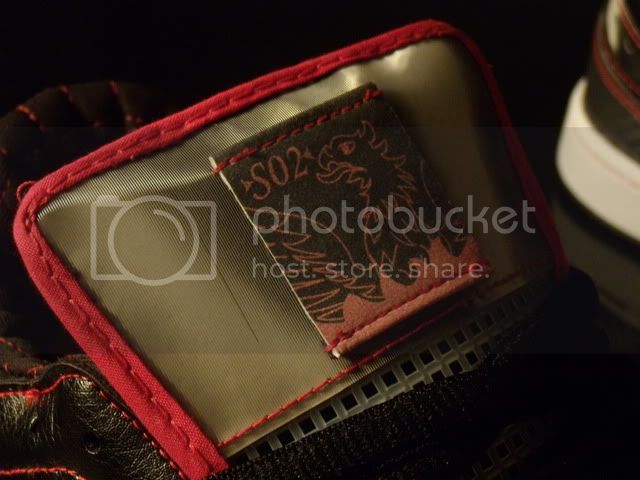 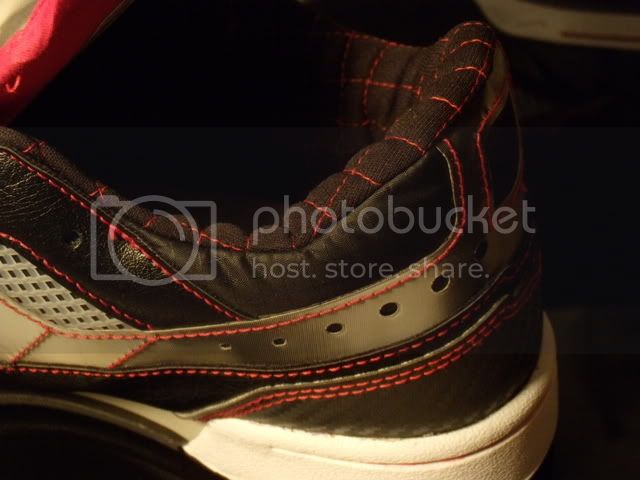 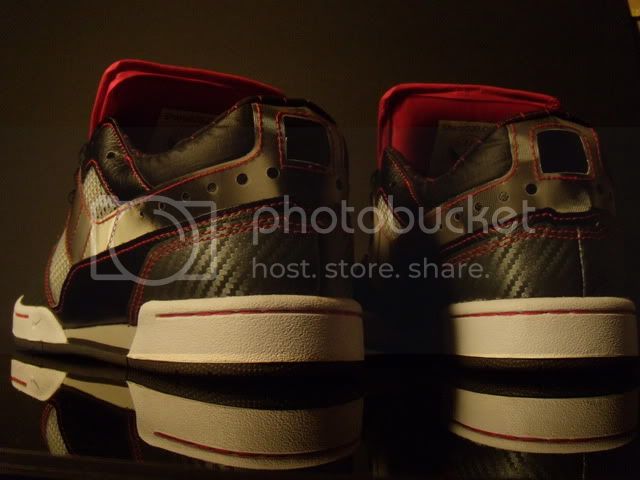 Looks awesome. How long did this take you

Really impressive, those sowing machines are not the easiest ones to operate.

I especially like the toe construction, the diagonal stitching line is a nice feature, although one might wonder if this is a good place for such a detail, considering it’s a skate shoe.

Did you make a custom last?

Also, is it your size? If so, have you tried them out, and how is the fit?

But yeah, you are quite the craftsman, nicely done.

Thanks for the comments, designing the panels took about 5 hours or so, cutting and stitching everything took something like 8 more hours, overall it took me about 1 week though. I had finished the designing and finishing the uppers in two days, but then it took me a couple of days to get it on the sole, I was a bit hesitant on whether or not i was gonna be able to make it fit right with the mid section of the sole(the only part thats not enclosed) i guess i got jitters or something.

The stitch line in the toe was a last minute detail, it was actually just a bit of reinforcement. When I had made the patterns I hadn’t noticed that i made the margins way too small, so when I stitched those two layers I saw that it was way too loose, something like take three steps and it would have comed off, so i put that there just to make sure it didn’t happen. In any case though after looking at a couple of skated shoes I realized that spot doesnt got much contact with the board so it would be alright.

I wasn’t able to make a last, I’ve tried before with foam that expands, but it just didnt work out. Im trying trying to see if I can make one with putting plaster inside of a shoe, but I just havent gotten a chance to try it out, i’ve tried looking at buying some online, but i can never find my size nor a pair. I would love to get some of the newer ones but it seems its really expensive to find or buy them.

i couldnt find my shoe size, but they were my moms size so i let her try it and according to her they felt really good and snug

sick. do you have photos of you putting it together? i dont have much experience in making shoes, so what’s the process like? Do you stick the pattern you have in your pattern design, then attach it to the base?

i agree with the above comment - it would be great if you could document the process and post it for others to see. i would love to see it step by step.

that’s beyond sick especially if it is your first attempt.
I’m speechless…

maybe you have a new job now!! I imagine lot of people asking you to make them customised sneakers (lot of € lol )

Again thanks for the comments, I’ve been customizing shoes for a couple of years so I just took that experience to make my own upper. Unfortunately I didn’t take pictures of the process, although what I did was scan the original upper and then go from there modifying everything. In the next two weeks Im gonna do a dress shoe so Im gonna sketch out a couple of designs so that hopefully it can come out a bit more planed out then this one.