My entry for the Visteon "Driving Innovation Challenge"

The challenge goal was to develop the next generation of car interfaces and interiors. Here is my entry; 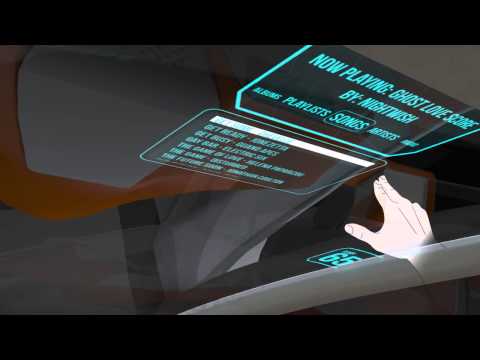 A still from the video above: 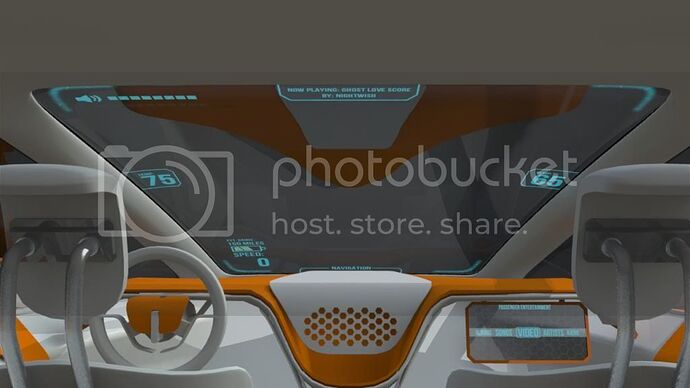 With safety in mind, I created a concept where all of the car’s usual cockpit functions have been offloaded from the dashboard to a Head’s Up Display (HUD). In doing so, the concept increases safety by ensuring that the driver never needs to take their eyes off the road. This philosophy is behind why I chose a tactile keypad instead of a touch screen; the driver can feel where the keys are, and thus does not need to look down to type in information.

Additionally, by using 3D scanners and other sensors, the HUD increases driver awareness with such tools as collision alerts, augmented vision, and displaying the topology of the road in front of the driver to help avoid potholes and other obstructions.

Because of the lack of necessity for a large instrument panel to hold the typical gauges, dials, and knobs, I opted for a clean, spacious design, in an attempt to maximize the room available to passengers and to give a feeling of airiness to the interior.

Finally, the cabin boasts an integrated entertainment system for the passenger as well, with a flip down screen and individual temperature and audio controls. By docking your phone with the car, it will automatically add any content on the phone to the car’s library selections, and stream it directly from the device.