Mum or Mom or Mam?

On this forum I’ve noticed some North Americans writing “Mum” rather than what I thought was the US-style “Mom”.

Hollywood (film and TV) gives the impression that apart from some comedy accents (good 'ole boys, Wiseguys, etc.) that all Americans speak the same. Obviously the US is a lot more diverse.

What do you say?

Here in some regards the traditional ‘english’ pronunication is slowly being taken over by ‘american’ (i.e. “ass” vs. “arse”, when I was a kid this was very noticeable but now both are used) but this has been lamented since talkies.

What about Canadians- “Mum” or “Mom”?

I think arse has actually come over to the US. I use it because I think it’s less offensive. Of course, maybe it’s only less offensive to other Americans.

Canadians have more accents than Americans, but 10% of the population. I would bet that Newfoundlanders say mum. Maybe Nova Scotians too. French Canadians say mama, even when they are adults. Everyone else probably says mom.

I say Mom, but I know quite a few Canadians (Ontario mostly) who say Mum. Or more specifically, Grandmum.

I grew up in southern Indiana with “mum”. Not the norm, but my “mum” used it as a child as well so that’s where I got it. (her mother was of Welsh descent so maybe that’s where it came from)

“Mam” equates to “Madam” in the States; an honorific title. “Yes, Ma’am, No Ma’am” My college roommate was from southern Georgia and used the term “mam” when talking about his mother. There is still more emphasis on “respect” in The South. Following a "formal’ introduction many women are addressed, in the familiar, using their first name and “Miss”. i.e. Miss Donna.

I’ve adopted “arse” as well for the same reason… less offensive, although both can be considered raw depending on the listener. My mother-in-law falls into this category.

From Ontario Canada and myself and most all friends say Mum.

“Mam” equates to “Madam” in the States; an honorific title. “Yes, Ma’am, No Ma’am” My college roommate was from southern Georgia and used the term “mam” when talking about his mother.

I thought “Mam” was the Irish “Mum”, though these things can evolve seperately and then into each other.

I think arse has actually come over to the US. I use it because I think it’s less offensive. Of course, maybe it’s only less offensive to other Americans.

That is surprising. I hear “ass” as a little insipid, not nearly as robust or pirate-like as a good r-rolling “arrrse”.

“Father Ted” uses the word “feck” a lot, I think it is Irish for ‘to steal’ but it is used in the same way as f.uck (so the following possibly NSFW) but it’s not considered as offensive:

and of course (again, probably NSFW): 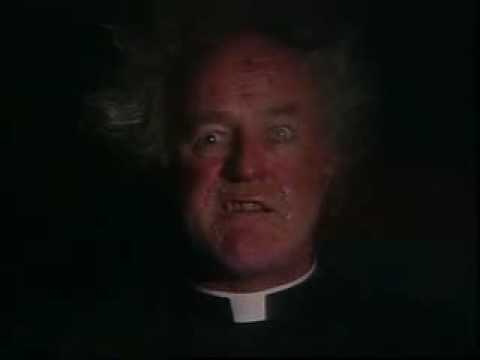 I call her, Ma. She’s always hated it. When she’s really upset with me, I’ll pull out the worst Englishman accent and hit her with, “Hahlo, Mumsy”. She has yet to keep a straight face.

Great series with incredible character development. Too bad Dermot Morgan pasted at such a young age. I would have enjoyed being entertained by him for a lot longer…

Growing up in NC it was mom, grandma, and Paw Pa for my grand father. I grew up saying yes mam and no sir. When I moved to NJ in my later teens I found that mam was looked at as calling a women old and my teachers actually got mad at me for this. It took me back at first. I still find it a bit sad that this type of respect of your elders is dying.

My wife being 100% Scottish and moved here from the UK in her preteens calls her mother Mum. Should be interesting to see what happens when we have kids.

Great series with incredible character development. Too bad Dermot Morgan pasted at such a young age. I would have enjoyed being entertained by him for a lot longer…

He was only 45. Have you seen “Small, Far Away- The World of Father Ted”? Came out about a year ago: 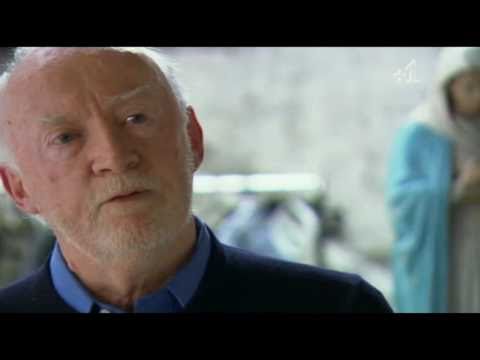 thanks for posting that sanj, I wasn’t aware of that series. I’ll have to spend some time with the other parts this weekend.

Wonder if I could have my dentist make me a set of Father Jack teeth. . … .

Accents in the US can be very different. Bring someone from Louisiana, Minnesota, New York, California, The Ozarks in Missouri, Massachusetts and Georgia, they will all sound dramatically different.

I’m from Michigan, I say Mom but my dad who is English says mum and my “grandmother” is nana.

When I was a kid I started calling my mom “mother” because I’d say it in a sort of tone that had a negative/old feeling to it (and I knew she didn’t exactly like it the best, at the time). Then it just sort of stuck

But from the above choices I say “mom” the most…