I was watching the MTV VMS’a last night like I religiously do every year. Luckily, there was a sweet Hummer H3 commercial that they ran twice which I thought was great titled, “Monster”. check it out @… 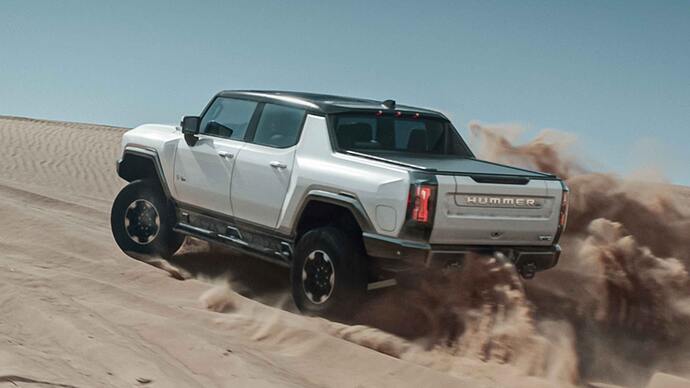 <p>Feel the power of silence with the first of its breed HUMMER EV electric truck and SUV. With 1000 HP and 0-60 in 3 seconds, a quiet revolution is coming.<br...

The ‘Monster’ ad for that H3 is the only one so far that has made real sense to me.

The first ad I saw was a billboard that read, “Now in Travel Size” or something like that. All I could think about was the implication that H1 and H2 aren’t suitable for travel.

Then I saw the ‘Goldilocks’ commercial, with Goldilocks selecting the H3 because it is ‘just right’, again implying that the other two somehow aren’t just right.


But this new ‘monster’ commercial is much better as far as not sacrificing Hummer’s other models in order to highlight the smaller size of the H3.

Those dubious Hummer spots remind me of the Cingular commercial for rollover where some guy is on a payphone because he might be out of cellphone minutes. This other guy says that if he had Cingular he wouldn’t have to worry about running out of minutes because he would have rollover. But the out-of-minutes guy would have no use for rollover if he is always running out of minutes because he wouldn’t have any minutes to rollover to the next month. Rollover, like a smaller, improved SUV should be easy to advertise, but somehow these high-falootin’ ad agencies can’t even seem to reason through some of their spots with basic logic.

Not that I mind Hummer cannibalizing itself with its advertising.

… I kind of like that they can poke fun at themselves, obviously they are aware people make fun of Hummers all the time. The mission of the adds seems two fold, get more people to buy Hummers, get less people to hate the brand. Humanizing it is a good way to go, I liked the “Giants” spot.