Moving to a bigger city

To preface this, I am a 2010 graduate from the University of Illinois, and I am from Springfield Missouri, about 3.5 hours away from St. Louis.

So I’ve been looking for work since graduation. Now I knew it was going to be tough, going into an economy like this and competing with the thousands of other recent graduates looking for jobs as well. First there was the obligatory emails sent out to my contacts, letting them know that I was graduated and looking for work. Landed a few interviews, but they decided to go with a more experienced candidate.

Then I turned to the internet, searching for job openings and applying to a bunch of them. I also looked for companies and sent emails inquiring about openings as well.

Personally I think I’m wasting my time with this. I know, I know, you never know, someone might pull my resume and portfolio, which is why I keep doing it, but honestly I feel like I’m just another cog in the machine. I try to stand out as much as I can without being outlandish or unprofessional, but seriously, there are thousands of people sending in applications and I do not like those odds.

So as I’ve said, I’ve been at this since graduation, and I’m feeling pretty beaten down. This frustration has led me to my decision to move to a bigger city in 2011. I have a part time job now, and I’m doing little freelance jobs here and there, and hopefully I can save up the capital to move to a bigger city in search of work. My hope is to take advantage of my IDSA membership and attend functions to meet people and talk to professionals, and try to convince someone to give me a chance.

So I guess my questions is, does this decision to move make sense? I know it’s a gamble, but I feel that in order to end up where I want, I’m going to have to go out and talk to people, or at least be in the same area where I can meet them.

There have been a few threads within the last year that shed light on the same situation.
Go, have a look into that.

You show a solid portfolio, wich brought you in the first row of candidates even through
recession, and thats the good part of my answer already.

You can’t turn around the economy single handedly. You can’t wait forever.

and I personally doubt, that moving into a bigger pond will make a difference. If all the young fish
move to the bigger pond none of them will make the big splash… Of course there are rural regions
in the world where nobody needs our services, but interesting employers do not solely sit in the big
metropolitain regions. (Nearly all the designers tend to go there, though.)

So: Analyse your situation wisely. I would only move for a solid offer, not because of a vague “trend”.

On a more general view I doubt that the oversupply of industrial designers in the US will reverse anytime
soon. Judging on the nature of the work in your portfolio and your profile I would guess that you would be
comfortable with working internationally. Go for it. Pack your bundle for some training years abroad.

P.S.: these are only rough guesses from the other side of the pond. No ample work offerings here as well…

I wasn’t aware the situation was that bleak:

Search the world's information, including webpages, images, videos and more. Google has many special features to help you find exactly what you're looking for.

There is something wrong here fundamentaly and I do hope it’s with Googles response. Otherwise we are
in deep sh*t already.

What are we as a civic society gonna do about it.

I wasn’t aware the situation was that bleak:

There is something wrong here fundamentaly and I do hope it’s with Googles response. Otherwise we are
in deep sh*t already.

What are we as a civic society gonna do about it.

Hmm… my portfolio thread on C77 is number 10 on the google search.

It does seem to be that bad right now. Luckily I have landed a contract position for now. A large majority of my friends are still unemployed that have master’s in architecture or a master’s in interior architecture and product design.

Well, I gladly report there is a flaw with that google query.
Until page 14 there are 10.500 results, but on page 15 it is narrowed
down to 146 results. So the data basis I made this case on was
crap! Sorry.

Coroflot itself lists 681 designers as seeking “full time”. That’s a huge
count already, but not as dramatic. As 334 full time positions
are posted as “seeking” at the moment.

Conclusio: Life is not over, yet.

Better today, for sure… 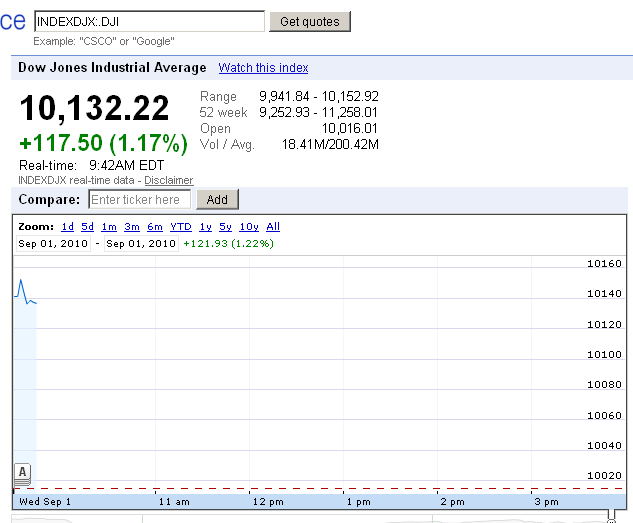 Thanks Yo, I was actually gonna ask for your thoughts on this. Working just a few days in a restaurant has definitely strengthened my resolve to keep chasing a career in design!

Working just a few days in a restaurant has definitely strengthened my resolve to keep chasing a career in design!

For me it was working in shot-blast room of a gray iron foundry in southern Indiana in August. This economic bullsh*t is going to last a while longer (quite a while I’m afraid). But it will end. Keep your skills up and do what you have to do to keep yourself in beans and jeans.

Basically, you’re in the “sales” business at the moment. And sales is a “percentage” game; maybe 1 in 10-15 leads results in a close. The more “leads” you have the higher the likelihood of making a sale. Which is just to say it makes total sense to move to a larger city. Question is … which one? And when. Right now may not be the right time to pull up stakes; spend a bunch of cash on 1st, 2nd, and deposit, plus utility deposits, for a place and still not have job.

Have you exhausted “alternate” industries where an ID might find a slot (even temporarily)? Architecture. Graphics. Model, or Machine Shop work. Purchasing. Local government? My first “job” after Purdue was as a draftsman at the local water company. It wasn’t “design” but it did help keep my hand-eye skills up, and I did learn something new everyday (like what the repair shop pulled out of residential water meters on a daily basis … but I digress).

edit - Bart, add your portfolio link to your “signature”.

It’s really hard to say how effective that would be. I will say this though, about 98% of the emails I have gotten from people looking for candidates (and most of them came from coroflot) and interviews have occurred within the relative region I’m living in (also in the Midwest, currently in WI). For all the resumes I’ve sent out applying for jobs, only ONCE have I even gotten a reply email from someone in a different part of the country. If they’re getting a couple thousand resumes for an opening and a lot of them are local, there’s little reason for them to hire someone from far away unless you REALLY fit what they are looking for.

The question for you is definitely where though.

For the most part Chicago is a good design city IMO. I spent 3 years there for my 1st job out of college. I wouldn’t say that there are an overwhelming number of opportunities, but it is a solid design community and the IDSA chapter there is well organized and active. Given that graduated from U of I and you’re from Missour, it’s a pretty logical choice. Living there is expensive though! Figure $700-$1,000 + for a 1 bedroom apt or $400-$600 for your share of the rent with a roommate, 9% sales tax in Cook County, parking, traffic, etc. You might find yourself taking a couple of part time jobs just to stay afloat. You may also find yourself able to find more freelance work too though.

I also spent time in western Michigan since I graduated from Kendall College of Art and Design. To be honest I haven’t really kept up with the pulse of that region too much lately, since it’s been 6 years since I’ve lived there. There is a decent amount of consultant firms though, but most of the design community there revolves around the furniture industry. Which isn’t exactly doing that great now obviously. There are other players like Bissell, Whirlpool, and Wolverine Boots too though.

I’m also in the same position myself right now. I’ve been unemployed and looking since I got downsized in Mid April. I live an hour north of Milwaukee and there’s definitely nothing going on design wise here other then the company I worked for here and Kohler, who hasn’t given me an interview despite having 2 different people internally pass on my resume, etc. That is a dead end.

What I’m debating is what I do come Nov when my lease ends here. I can’t keep on paying $600 a month in rent, and if I the unemployment extensions run out by then this is probably a terrible place to be looking for part time work. Sheboygan is a manufacturing based industry city of about 50,000 people and I would say that the main employers in the area have laid off an upwards of 6,000 people in the last 2 years. I may even have a hard time finding a job stocking the shelves during the graveyard shift at Walmart because of that.

I could move back home and live with one of my parents, but finding part time work in the Upper Peninsula of MI is 10 times worse! Free rent but no job doesn’t help.

I’m hoping that one of a few different things could happen within this next week though. On Wed I’m going to an interview for a pre-press job at a printing company. Not exactly design work, but I have lots of experience doing post correction work on photography so at least I’m putting some of my skills to use. I’m also waiting to hear back from a furniture company in Calgary that I talked to at NeoCon. They are short a designer right now and he is giving me some thought. This week they are talking about new product development plans. I’m not sure if he’ll offer me something full time or contract design work. If it’s a contract project then I’d probably stay put here and figure out how to make ends meet. Hopefully with the pre-press job.

If neither of those work I’m thinking about taking a 4 week comprehensive Solidworks class in Chicago in Nov. once my lease runs out in hopes that it makes me more marketable and I can at least find a CAD jockey job someplace through a staffing agency. The same frustration exists though. By taking that in Nov. I don’t have a lease obligation and I’m not paying rent in 2 places, but I still have to figure out where the hell I’m going after Nov. Especially when I’m making the assumption that doing the training could get me a contract SW job through a staffing agency relatively quickly. If I’m still getting unemployment it may be Dad’s basement then.