You may be familiar with this project. The Motus American V4 motorcycle has been under development in Birmingham, Alabama since 2008 and was recently granted inventory financing, by GE Capital, to stock it’s expanding dealer network. That’s a positive step for any start up. But with a only two-year warranty, a US/Canadian network of only fourteen dealers, and a suggested retail price of between $30-36,000 I think they’re going to have a rough row to hoe. But who knows … there are still a bunch of folks with money to play with.

But what may be more exciting, especially from a designer’s point of view, (several of our members come immediately to mind) is that Motus’ proprietary, Katech designed, 1,650cc, 165 bhp, water cooled “Baby Bloc” V4 has recently been offered to qualified customers as a “crate” engine; $10,220USD. The weight of this engine (sans the m/c transmission) has not been yet disclosed publicly, but the entire motorcycle (wet) is stated to be 530 pounds.

With 165 bhp available, I can imagine a number of “conversions” that this little mill might fit into (VW bugs, Ghias, and Vans, MG Midgets, A-H Bugeye Sprites, etc). Considering that many after-market V-twin “Harley style” engines fall within the $6-9,000 range, and the versatility of the discrete engine/transmission longitudinal crank layout, I’d think Motus has a pretty good shot in the market.

Dyno run at the end of the vid. 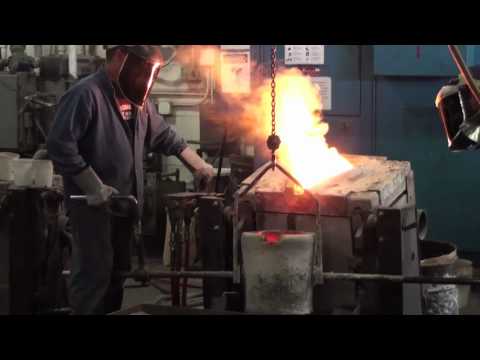 I’d hate to be a bike start-up. Global sales have been plummeting. I think NA sales are still weak. Maybe with less young people buying cars, they will turn to bikes though…

Also…while searching I ran across this great website of car sketching:

straight from the sketchbooks of Jack Ashcraft - automotive designer, mechanic, builder, and dreamer

I ran across this great website of car sketching:

I enjoyed scrolling through the old school monochrome auto sketches. An interesting mix of styling and engineering drawings.

That guy says he went to Art Center and it sure looks like it. I love the pen work. I’m so used to seeing Alias renders with tablets now, which I don’t have time for at the moment. I still have a pen so this is far more inspiring.

Not a lot of free agent engines available.

We looked at Weber engines out of Germany last year for running marine systems, jetpack pumps. The engines used in Polaris snowmobiles, something like a couple hundred thousand in service if I remember right. It would be cool if an American made engine could compete in this space.

The turbocharged two cylinder at 104 HP was interesting and about 6 grand as I rememeber.

Ray, love those illustrations, thanks for that link. When I was in high school that style of drawing was as good as it gets, still wish I could draw like that. The clarity of communication in that kind of illustration is hard to beat.

Any pics of the bike naked? not a fan of fairings.

Not really a lot out there yet. The bike isn’t offered “nekkid”. The major difference between their MST and MST-R is that the R model has upgraded rear suspension components, Brembo M4 monobloc calipers, and BST carbon fiber wheels. 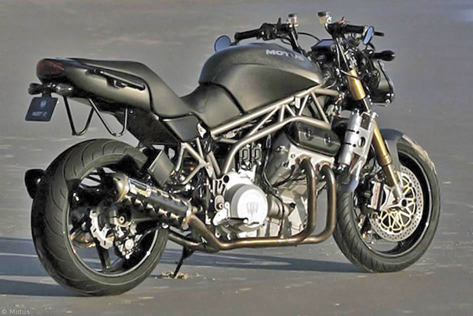 As much as I like the engineering, the styling is kind of “made in China”. Also…tube frame? I know it’s the only real cost-effective solution for a boutique small-volume make, but still, it’s 2013 for chrissake.

… the styling is kind of “made in China” … I know it’s the only real cost-effective solution for a boutique small-volume make, but still, it’s 2013 for chrissake.

It is kinda messy isn’t it. But … they did afterall develop the entire engine/electronic throttle/direct-injection fuel management system/transmission, invested in proprietary tooling for the head light nacelle and fairings, frame forgings, and miscellaneous knick-knacks. Fitting the bags from Givi, BlackStoneTek wheels, Sargent seat, stoppers from Brembo, and other sundry off the shelf items makes good sense. Whaddaya want for $36,000, a 250bhp V-5 Honda MotoGP?!

That said, for something just a bit north of $16,000USD you can buy a 150bhp Honda VFR1200F even if it does weight few pounds short of 600. Then again, it isn’t overall weight, it’s how it’s distributed. You can even get it with an “automatic” transmission.