Hello I a furniture and product designer and am looking for a 3D software product for Mac for reasonably realistic rendering without a high level of difficulty. It does not have to be technical as i just want to be able to convey the idea fairly realisticly

Im also looking for a 2d drafting product so maybe this can be integrated with the 3d product or can you recommend a separate product?

hello timmirz, you don’t say what your current proficencies are, any CAD experience? start here 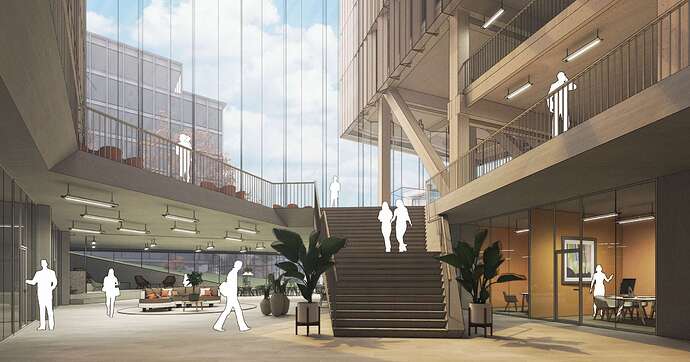 SketchUp is a premier 3D design software that truly makes 3D modeling for everyone, with a simple to learn yet robust toolset that empowers you to create whatever you can imagine.

not free (but not unaffordable)
rhino + vray

rhino is in beta for mac but will be out very soon,
http://community.irhino3d.com/

i have been using autocad for the last few years for 2d drafting. i have it on my mac now but i am trying to rule out using windows on my mac completely

sketch seems too basic, kerkythea is new to me so ill take a look

what do you think of maya?

Easiest, best rendering bang for your mac rendering buck would be Hypershot in my opinion. Although I would look into how it handles wood textures (something I’m assuming you’d need).

Can’t help you on the modeling side, always been a Win Rhino user. I like VRay a lot too, but it can be heavy on the render times.

You could look at Ashlar Vellums current choices, argon, xenon, and cobalt (good, better, best setup). 2d drafting is nice, based off of the old vellum interface which was pretty popular with id’ers back in the day. It’s probably the closest equivalent for rhino on the mac (argon) along with the price but navigating can be weird sometimes.
If you can hold out, wait for the mac rhino since rhino’s more industry standard now than the vellum programs.

yea i think ill hold out for rhino, just hopes it comes sooner rather than later

does anyone know an expected release date as there site is pretty vague about it?

There was actually a post last month on Core77 addressing this exact question – might help as a starting point:

Getting some 3D CAD on your Mac - Core77

With a Jobs-less MacWorld now underway, we are reminded of two things: how much we yearn for the sweet, clean surfaces and brilliant interfaces of Apple's progeny; and how the need to do serious 3D CAD keeps them away from us. Unless you pursue the...

Make sure you read the comments too, as several other packages get mentioned by designers who currently use them.

As for Rhino on the Mac – it’s there already. If you have a Rhino license, you can download the latest build off of McNeel’s website. Not fully featured yet, but if you’re starting out it probably does everything you need it to do.

ok, thanks for that, i had read it earlier but didnt take notice of the comments,

the more i read about the diverse array of products out there, the more i think i would like to keep to an industry standard such as rhino for modelling and then a rendering package

my problem is that what i do is diverse and so will have to have maybe 3 different packages. 1 for modeling my furniture products ie rhino 2 for rendering these and a 3rd for architectural interior design which i have no clue of yet