More Freelancers Fight to Be Paid

Nothing to earth-shattering for this board but it nonetheless an interesting article I read today. I thought I would share. 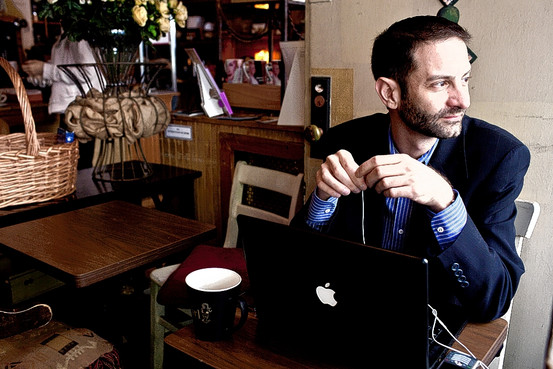 More Freelancers Fight to Be Paid

As more people turn to freelance and independent consulting to make a living, they are landing roles they weren't prepared for: bill collectors.

For New York business consultant Christopher Santini, the pursuit for payment from one client has practically become a second job. Last May, a small business he consulted for went through a merger, and the new company fell behind on payments to him. Now, Mr. Santini, who’s been a freelance consultant since 2008, says he is owed about $35,000, which would have accounted for almost 40% of his annual income last year.

“I started to get the standard run around,” says Mr. Santini. “The secretary would tell me the person I needed to speak to was out. Finally [they] started to ignore me and not return emails or calls.”

Mr. Santini says he has spent 80 hours calling and emailing company officials. He discussed the case with a lawyer, but decided not to bring it to court. Instead, he is still working to get the client to pay up on his own.

About 40% of freelancers had trouble getting paid in 2009, according to a survey released in mid-April by the New York-based Freelancers Union, a 135,000-member organization for independent contractors across the country in fields such as media, technology, and advertising. It was the first year the group asked the question on its member survey. And more than three out of four freelancers said they’ve had trouble getting paid over the course of their careers, according to organization.

The problem could become more acute as independent contractors emerge as a more central piece of the work force. The financial crisis and the resulting high unemployment thrust many professionals into the ranks of freelance workers, which may continue to grow despite signs of an economic recovery.

Littler Mendelson, a San Francisco-based employment law firm with 49 offices nationwide, predicts that in 2010 half of previously eliminated positions filled will be filled by contingent workers—such as independent contractors, freelancers, and temp workers—accounting for as much as 25% of the work force nationwide— based on client interviews and a survey conducted by a staffing analysis firm.

Since independent contractors aren’t covered by most federal employment laws, they don’t enjoy the same legal protections on wages as permanent employees, says a spokesman for the Department of Labor. If a permanent employee doesn’t get paid, federal or state labor departments can fine companies and even prosecute company executives. But independent contractors often have to turn to the court system, in most cases small claims, if they go unpaid.

To some, small-claims court can be more trouble than it’s worth, says Sara Horowitz, executive director of the Freelancers Union. Depending on the state, it will cost about $50 to file a claim and it can take months for a case to be heard. Even if a freelancer wins, small-claims judgments must be collected by the plaintiff.

Even before going to court, freelancers can spend significant time building their case. In January, Medford, Mass., artist Charles Leo sued a California-based coffee shop and kiosk manufacturer for $1,150, the agreed-upon fee of architectural renderings of a coffee shop he was never paid for. Mr. Leo says he spent more than 60 hours creating the renderings—and 40 hours trying to collect payment, gathering evidence and spending time in small-claims court. The judge ruled in Mr. Leo’s favor and ordered the company to pay the fee, but didn’t grant the $850 or so in punitive damages Mr. Leo requested for his time spent on the case. (The maximum judgment for small claims in Massachusetts is $2,000.)

“It was a piddling amount compared to the time I had to spend pursuing it,” he says.

How can a freelancer avoid problems? Before accepting a job, freelancers can search consumer complaint Web sites like RipoffReport.com and industry discussion boards to make sure the company they’re contracting with doesn’t have a history of late payments, says Kate Lister, a former small-business consultant, and co-author of “Undress for Success: The Naked Truth About Making Money at Home.”

Make sure to have the terms of payment and penalties for being late built into a written contract. Should a firm run into financial trouble, company officials typically give priority to the contractors who have spelled out fee-based consequences for a late payment, says Michelle Goodman, author of “My So-Called Freelance Life.”

After a payment deadline has passed, immediately try to connect with the person responsible for payment by phone. If they don’t respond, send a revised invoice with the agreed-upon fees or interest charges added on.

Where contractors go wrong is when they don’t act fast at the first sign of a late payment. Freelancers “don’t want to look like a jerk, but that’s silly. This isn’t getting a prom date. It’s business,” Ms. Goodman says.

Filing a complaint in small-claims court should be a last resort. As a last step before heading to small-claims court, send a simple letter with the amount, how long it’s overdue and your intention to take it to court, Ms. Lister says, and copy your lawyer, a company board member and any relevant regulatory agencies. A complaint about a broadcast company, for example, could be copied to the Federal Communications Commission, which considers how a broadcaster treats its local community when granting certain permits, Ms. Lister says.

“You have to find those pressure points that will make someone really pay attention to your letter,” she says.

If you get a judgment in your favor and the company doesn’t send a check, you’ll probably have to pay other fees to file liens, garnish the company’s earnings, or hire a police officer to seize cash from the business, depending on the state. Keep in mind, if a company hasn’t paid because it’s under bankruptcy-court protection or doesn’t have the money, you likely won’t be able to collect.

For its part, the Freelancers Union launched an advertising and lobbying campaign urging employers to make good on unpaid freelance wages in early April. Ms. Horowitz says her organization is working on potential legislation to pass on to state lawmakers in New York to give free-lancers more legal recourse and create penalties for companies that don’t pay.

As for Mr. Santini, he’s now working out a payment plan with the firm’s chief executive. “I don’t know how many times I’ve been told ‘The check is in the mail’ or ‘Your invoice went to my junk email inbox,’” he says.

He needs to look at his business practise, I mean, Seriously. in eight years trading I reckon I’ve failed to be paid about $6,000 and looking back, if I’d been more careful, I would’ve avoided even that.

Credit check (use an agency or ask around - no one ever heard of them? Any other freelancers worked with them? Are they good for it? Does their phone number work? Is that really their address?)
Deposits and stage payments. Especially if the client is abroad, this is vital. If it’s someone you’ve never heard of who contacts you through a portfolio website, be especially wary, ask for a deposit, there are lots of sharks out there who want you to work for free.
Credit limit. Don’t do a $20,000 job and invoice at the end of the job, too risky, set yourself a credit limit. Invoice them as often as you think is reasonable, don’t give a huge line of credit. They could be solvent at the start of the project and bust by the end (happened to me, I learned the hard way).
You do develop a sixth sense and become a better judge as time goes on.

Yeah I used to get burned when I was fresh out of school and have learned to be skeptical of every client.

I take a lot of precautions now and have minimized and eliminated losses in time and money due to deadbeats.

Always take a deposit. I take half upfront to start.
Then I segment the remaining phases so that only a tiny bit is left at the end of the project to collect.

I also make it a point of not handing over the key files like the CAD or renderings until payment is made in full.

I also add that they don’t own rights to the design work until payment is made in full. This way they have to think twice about stealing it and producing it. They would rather pay the remaining balance than risk you suing them when their product hits the market and really big bucks are involved then.

Trust no one. Especially clients who use the word “friend” to get on your good side. They’re the worse. Don’t extend credit or leave openings for them to con you. I’ve seen a lot of tricks and some repeats of the same tricks from different clients. It’s actually simple, treat it as buying something at a fast food restaurant. If they want it, they pay for it, if not, they don’t get it. If they want cheese with the burger, add accordingly.

Oh another thing. The best time to collect your pay is when they are pressed for time to get the work. This is where you have the most leverage to get paid. Never give the work to them first because chances are once you give them the magic pill to cure their emergency illness they don’t have any pressure or incentive to pay you promptly. This is when they’ll lag and make excuses and ultimately ignore you. Ask for your money when they are most in need of getting the work, not after they’re cured. COD terms for delivery of key items like the CAD files.