I’m embarking on a project where i’m modelling some jewelry pieces and the surface will need to have a stippled effect. Normally for presentation purposes I would just use some sort of texture mapping but in this case I need to physically model a stippled texture onto the surface because this will be 3D printed in wax so that investment casting can be used to to make a silver part.

Would anyone be able to share any experiences or tips. Perhaps point me in the direction of some info about creating a physical textured effect on a NURBS model. 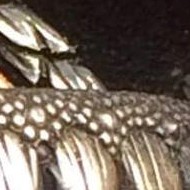 You’d be asking for an exercise in pain for that type of of detail work in pure NURBS, you’d be better off laying down your base geometry in Rhino then importing that into a sculpting tool like Zbrush which is perfect for exporting a mesh to 3D print. 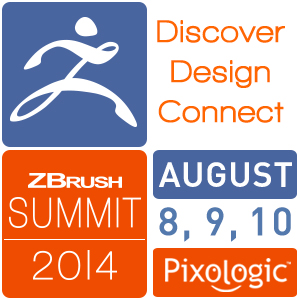 As an Award-Winning and industry leading application, ZBrush finds use at some of the world's leading film, games and design studios. Other applications of ZBrush include; concept design and illustration, toy manufacturing, 3D printing, jewelry...

As Mike had mentionned, this is probably easier with a mesh centric tool like Zbrush.

However, you might be able to do it fairly easily in Rhino. If your displacement map has exactly what you want, you can run extractRenerMesh to get the mesh representing what you’re seeing on the screen. Luckily, 3D printers work fine with meshes so you don’t need your result in NURBS.

Learn how to create displaced mesh objects using procedural textures in Rhino 5. Displacements can be used for rendering purposes or ex...

For example, if you wanted to do something fairly simple like a repeated dimple pattern, you could use a very simple displacement map to get a pretty consistent appearance. But it will become more tricky if you want something organic looking, or something which flows around a compound surface etc. At that point, you’d need to use something like Zbrush to build your displacement maps anyways.

If you can import your nurbs cleanly into Grasshopper, all you need to do is Voronoi2D it out, downscale the cells, extrude them to a mesh then smooth. Your output will be a lot of individual meshes which you can perform a MeshBooleanUnion on back in Rhino. That usually works, otherwise there are good mesh boolean tools like in Blender.

Based on the super blurry thumbnail-you are in for a world of hurt if you want to model this in nurbs. Since this is intended for jewelry and a wax master your best bet for the detail you are looking for is zbrush. Especially since it looks like you want some intentionality to the texture as well.
Fastest route might be to subcontract the sculpting to a zbrush artist- instead of doing everything yourself.
Not to say that you cant be creative and brute force it in Rhino- maybe model the smaller piece “scales” and manually position them on the core surface…

Thank you everyone for your comments and ideas. As always you were all a big help. I had my best luck taking the surface I have and splitting the face i needed then using unrollsuf or smash command. Laying the stipple on a flat surface then using the flowalongsuf to get it on the part i needed. Then a simple Boolean join got it all together. Part looks good, customer is happy and bank account grew. Thanks everyone.