I’m looking for a small fastener.

I’ve actually needed a similar one for several projects, but have never quite found the right product.

Essentially I need to fasten two very thin sheets of material together (approx 1mm total thickness) reasonably quick through holes in each material that line up. The fasteners need to look good from both sides. This is why chicago screws would be nice, but their tube length is far too long. Some rivets would work but then it is a permanent attachment and I need it to be removable. I have used fabric snaps but the ones I have been able to find either need to be pre-attached, have a ‘bad side’ and/or are not strong enough to withstand much torque and end up coming apart.

This search has been going on for quite some time now, and I have a few projects lined up that could utilize this mystery fastener.

I had considered that, however upon looking at it further, there would be hardly any thread left once it was cut to size given the thinness of the materials I’m fastening. An alternative would be if the female side was actually threaded in the head instead of a post as seen below. The head would need more mass for that to work though. Not sure if there is a product like that on the market however, maybe there should be?

Chicago screws … … never heard that one before. I’ve always known them as “s e x - b o l t s”. And I have seen these “posts” that are threaded all the way through, but of course you see the hole (which may be objectionable).

This guy makes a clever reusable rivet for fastening corrugated cardboard together into childrens play environments. Unfortunately he does not mention what “grip range” his rivets are for, but corrugated is obviously much thicker than 1mm. Perhaps a licensed version for thinner material might be possible for your app; he calls it a “box rivet”. Or there’s always … . . . but we’re professionals here. 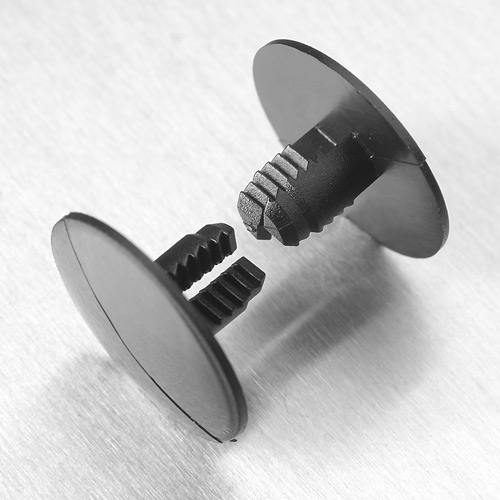 1mm is insanely small. And you say these panels are supposed to be interchangeable and removable? At that size wouldn’t another type of fastener be a better choice (magnetic connection, etc.)

good one Lew. I’ve always known them as s e x bolts, too. Chicago looks like a brand.

Also, how thick can the head be on either side, without affecting the appearance? You’re probably looking at at least a millimeter there to have any strength and durability.

You crazy Americans. I have never heard them called that! I suppose us Canadians are too conservative, so we just refer to them as chicago screws. Or sometimes just ‘book binding screws.’ Sounds pretty lame now.

Anyhow thanks for the suggestions this far. Yes it is fastening very thin material, but it is under quite a lot of shear, so even a very strong magnet wouldn’t work. I am still trying to come up with a built in tab cut right out of the material, but I figured I would pursue the fastener route as well.

@Lmo The head could be fairly thick, 1mm would not be a problem, even 2 or 3 if it was tapered towards the highest point. Those re-usable rivets seem interesting, but they would need to be substantially smaller.

I have two projects that need similar fasteners. One needing something that is far quicker/easier to do than the other, as there are many many attachments being made, and the other is only 4 attachments and wouldn’t be changed around very often, so it could be a bit more tedious.

Anyhow, thanks for the suggestions, and if you have any more of them I’m all ears.

If you’re dealing with small quantities, have a machine shop turn something out for you in aluminum. It may be your only option.

I’m just throwing this one out for the hell of it. I’ve used it for years to “staple” two pieces of paper together when there was no stapler or paper-clips available; it can obviously be disassembled. Not pretty, unless you find the beauty of no extra fasteners attractive. It’s an off-shoot of a sheet-metal joint fastening technique.

Stack, and then fold over the corners of two or more pieces of paper at a 45°+/- angle, and then make two parallel tears, or cuts, and fold over as below. 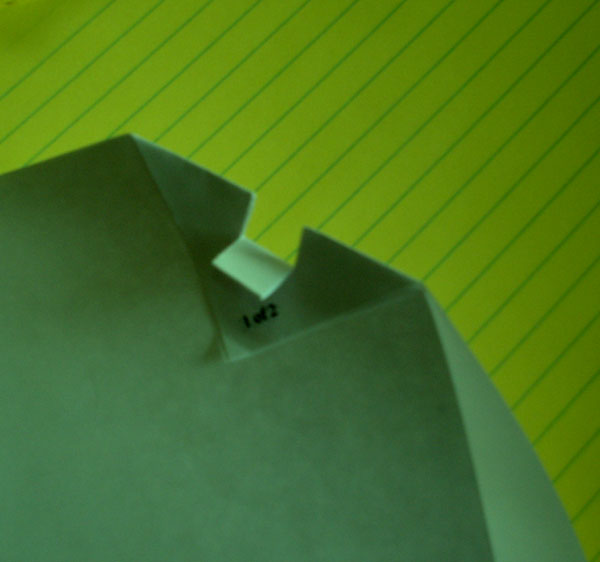 Hey rather than fasteners for metal and plastic, have you considered snaps and eylets used to fasten fabric?
Fabric rivets: http://www.mrecht.com.au/Products/pages/Fasteners/rivets&burrs.htm
Eyelets: http://www.mrecht.com.au/Products/pages/Fasteners/eyelets.htm
you can also get plastic rivets suitable for 1mm sheet thicknesses but the back side will be a little ugly… (item 3 & 6)
FASTEX – FASTEX PEPPER MILLS & ACCESSORIES

Not sure if this helps, but there are these really cool fasteners out there that I use for EVERYTHING!

they are called Command Picture Hanging Strips and they are available in the hardware aisle of Walmart or Target. They use a removable stretch adhesive that is laminated with a velcro-like fastener… Very useful. They look like this: 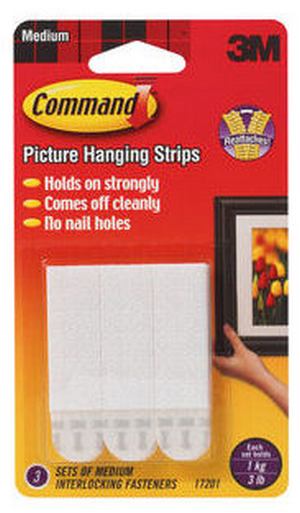 What are two sheets of thin material made of/from (metal, canvas, plastic)?

Are screw heads/nuts considered “finished ends” in your opinion?

Does it matter what material the fasteners are made of/from?

Electronics catalogs (digikey and newark) have them too… http://search.digikey.com/scripts/DkSearch/dksus.dll?Detail&name=SR-2024W-ND

Have you considered using self clinching nuts?

maybe you could use a combo of a peg (PEM has them) or a stamped feature to take the shear load and a magnet to hold it to the surface? It would be easy to remove and strong in your shear directions.

Or use the flexability and thin-ness of the material as a spring and let it be held in place by tabs.