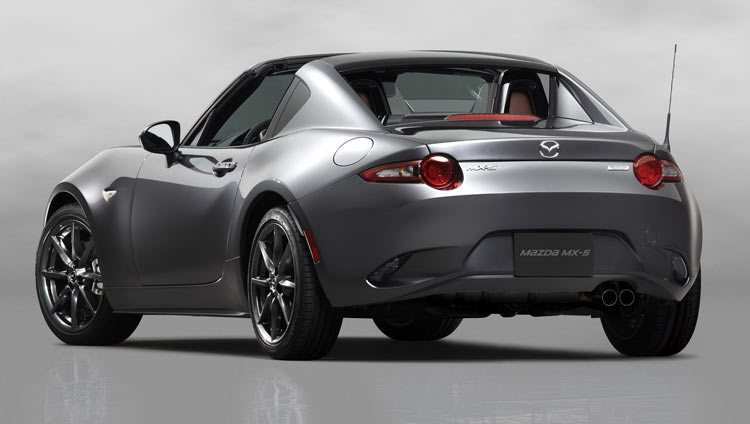 Yes, I freaked out. I don’t get why the roof is electric though. I would be calling the dealer to put a deposit down if it was lift-off like a proper 914.

Is this going to production?

Nearly the same initial reaction this side of the breakfast table.

Yes it is going to production and yes I digg it, too.

Is it wrong to love the same (type) of car your 70 year old dad drives? -(He got his NB Miata when he was a little over 50.)
Do I hear a watch tick somewhere over here?

It reminds me a bit of a Honda Beat or other K-car drop tops. It looks so tiny and geeky:)

I think I would go soft top though, but I haven’t seen the weight figures. Maybe it’s all carbon fiber and aluminum? 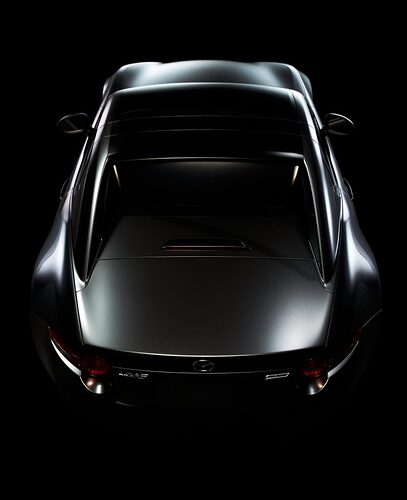 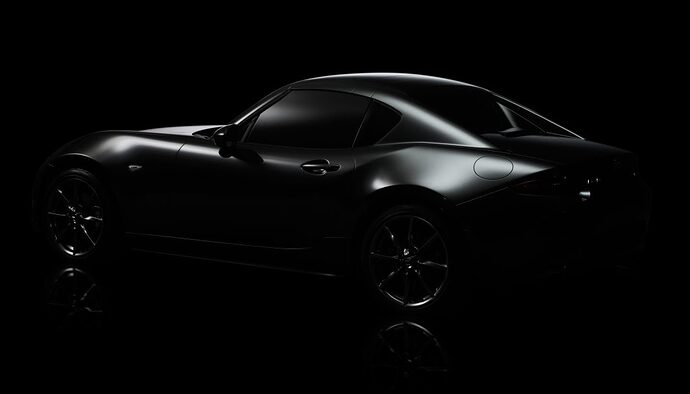 It reminds me a bit of a Honda Beat or other K-car drop tops. It looks so tiny and geeky:)

I think I would go soft top though, but I haven’t seen the weight figures. Maybe it’s all carbon fiber and aluminum?

“The roof adds 45 kilograms to the (2.0-litre equipped) MX-5 GT soft-top’s 1033kg kerb weight, so roughly a five percent weight penalty all else being more or less equal”.

I’d love to have a test drive of both to see if there’s much of a difference. Although the review that the above is from mentions that the drivability is pretty much identical.

That is a great car, especially for the price point at which it is sold it will do well for families looking for a light, fun second car.
They did a great job on the design too.

I saw one downtown yesterday, the new Mazda MX-5 is a masterpiece of design. It is not as iconic as many sportscars but it has the feel of the original MX-5 but with the body and detailing the old one missed. It reminds a bit of the Nissan 350 and 370Z but with more luster and shine. The paint is gorgeous. It is remarkably silent, almost like a pointer to electric cars. My only critiques on the design are that with certain detailing it would have been more iconic and with a bit more bulge on the surfacing it would have had more presence though that is a matter of taste.