One of my favorite tech future points is augmented reality, in particular optical overlays.

The face mounted display is one of the toughest design challenges to crack, with this evidence, there is still a considerable distance to cover.

I’m also excited for the future of augmented reality. While the current attempts are interesting, I think it will be difficult for them to succeed with a dedicated design. Glasses are very fashion oriented. If someone can figure out how to get a display in a lens that works with any existing glass frame on the market they’d be onto something. No idea if that will ever be possible though, it may need something that attaches to the temples that extend to the ears.

Kind of irritates me that a designer would put that out there given how much vaporware is currently involved between that and their current “Kinect strapped to your forehead” prototype. 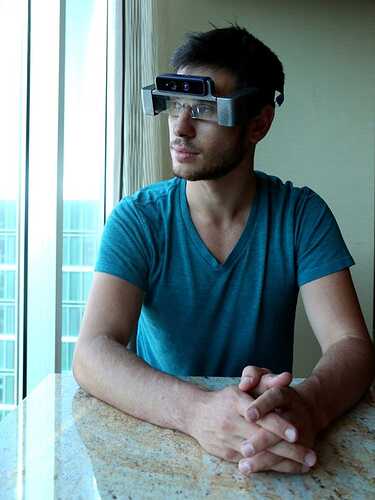