I am looking for a precision surface finishing process that involves engraving/etching a very tight spiral pattern into a flat metal part. The resulting metal has a tactile, lustrous finish which reflects light in radial wedge shaped rays. The first example that comes to mind is the face plate and/or keypads of some RAZR phones.

Does anyone know what this technique is called and what it involves? It looks like the hand-turned guilloche used in watch dials, but I think there must be a more automated method. 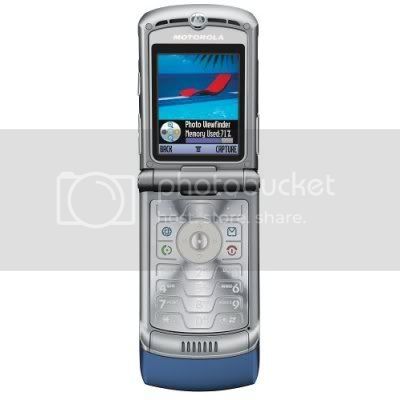 Probably stamped, but I’m not certain of that.

I looked at the surface of a RAZR faceplate under a handheld microscope at 10x, and the spiral cut looked so precise with perfectly squared edges that I couldn’t imagine it being stamped. It looked like it was laser engraved or something. The thing is, motorola made so many of those phones, and they were so cheap by the time they began using this method on the outer faceplate, that I can’t imagine each one being hand finished by some guy with a jeweler’s lathe. There has to be a way, but I’m not too familiar with metalworking.

I have an old RAZR at home, I’ll look closer tonight. I know that the numbers and key division lines are chemically etched. I’d say that it was machined in an automated process, not by a guy with a lathe. Probably a whole sheet at a time. Or some kind of etching process. I’d sure like to know.

Motorola describes it as a “spun metal finish”, but metal spinning involves turning a metal disk on a lathe and forcing it over a rounded form. It is used to make things like the bullet shaped casing around a desk lamp’s light bulb.

I think this is either a chemical etching or a CNC face milling process. As far as I know, either process can produce very precise patterns.

vapor deposition can do that too and it’s cheap

Looks like a facing operation to me. Ask ip_wirelessly he might know.
no_spec can you explain how vapor deposition would achieve a circular pattern?

as far as I’m aware (we do some physical vapor deposition in house) would work is that the surface would have to masked so that the material applied would give the raised finish, but at “angstroms” thick I’m not sure if it would be enough, also not sure if you could mask as fine as you may want