Hello Everyone,
I would like to get your opnions about something Take a look at these two project and give me your thoughts about it.

Do you think this is a mere coincidence? 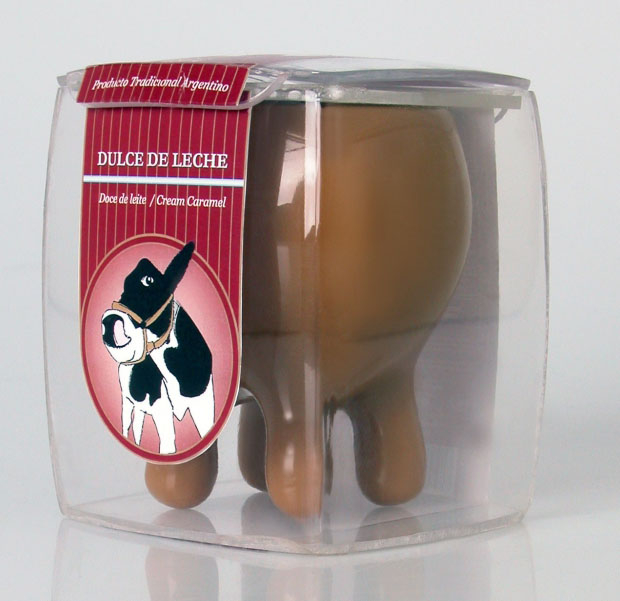 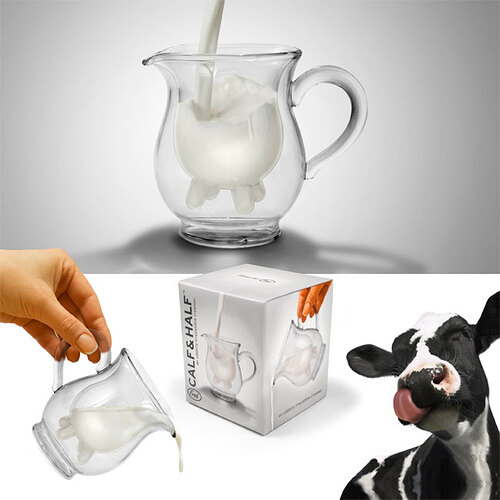 It could be a coincidence… When the reference point is the same, a couple or more products could end up looking alike.

coincidence… and even so, hard to own “cow utters” on a milk based product.

Well, i know milked based products can have a lot of similar design points. But when i first saw this i really felt that the concept was taken from my package. The ideia of the hanging Utter, the picture of the cow and even the concept posted at the store really seams familiar to me. I could be wrong
I respect Fred and Friends, and like their products.
As my pack was a student project i think they made a good transition.
Well, again, i could be wrong!
I just felt the need to share it, see what everybody thinks!

Thanks for the replies

I think that they had a look at your corefolio, but I think that the product is different, so I would think that this is a case of imitation as flattery. Heck get some contract work from them if they love your designs so much

They are remarkably similar…and I can understand feeling some frustration.
But I’m going to say coincidence -
These really are totally different products so even if the designer was inspired by your corefolio I think it’s fair-play. If they had come out with a chocolate product based on the udders - then I think it would be a totally different story.

Besides…what about credit to this design classic?

van ID: I need one of those cups!

Daniel: Total coincidence, unless you have more info. For example, if that company had toured your university or you had sent in portfolio samples to their design centre, there may be foul play.

However, the likely hood that these designers have nothing better to do than to browse endless Corefolios to find an idea is pretty low.

Also, as others said, the design is well executed and clever in both instances, but not difficult to imagine. Milk—>Cows—>Utters. If my material is clear, maybe do some utters inside a cube, or sphere or something.

Keep up the good work though, I like it!

That is an awesome cup.