Released in March, I just discovered this project this morning. Don’t know if anyone else has seen it. Thought I’d throw it in the pot.
It has a certain “base” appeal to me, a throw back to quieter era; bicycles, horse-drawn vehicles, walking …

Check out the front suspension/steering details.

I’ll have to play devils advocate on this one. It seems silly and confused. OK, and open wheeled 2 seater with narrow tires for low rolling resistance makes sense. The forms are modern until you get to the stuck on wheels. As if they completed the design that “supposed” to be inspired by this vintage horseless carriage, realized it wasn’t, and just stuck those wheels on… maybe with some of these I’d take it more seriously:

Don’t think those crazy German fellers will keep the open sides when a crawdaddy flies up in their pants. It’s kinda like those German fellers just ran out of money or maybe their ol lady wouldn’t give up the drapes or something.

Just don’t really use Spinergy wheels… when they break, they send carbon fiber shards flying into your shins. And they do break… 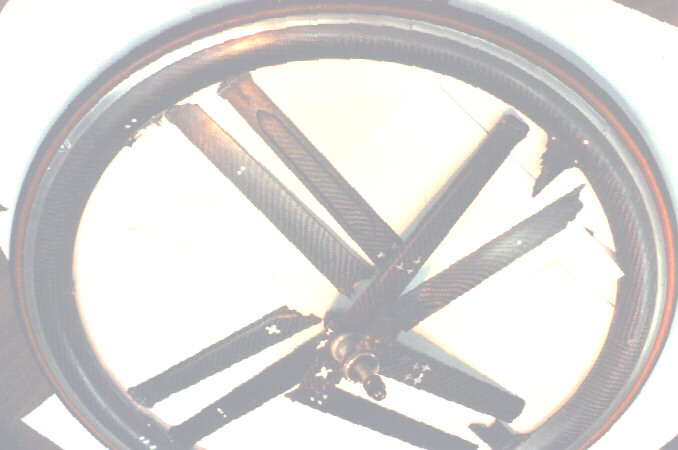 I actually kind of like the whole concept, even with the traditional spoke wheels.

It seems silly and confused.

A niggley bit: the original 1885 Benz Patent Motor Car was a tricycle configuration and utilized wooden floor boards (perhjaps even the origin of the term (?)) on a welded steel tube frame.

The extra wheel found on the 1886 prototype Benz aside; taken with the contemporary styling, the wood floor boards of the Fcell, if they are wood, are incongruous. Reminds me of the vinyl “woodie” panels on the old Ford “Country Squire” station wagons of the sixties.

I like the appearance of the “bicycle” wheels, and given the low top speed, and lowered rolling resistance, they do make sense. But given the low top speed, and concerns with sustainability issues, it makes me wonder why the entire vehicle chassis was not fabricated out of wood. Plywood and cold-molding processes are a viable process. If Dehaviland could build the airframe of the 400 mph Mosquito bomber entirely out of wood in 1941 this vehicle is certainly a candidate; suspension components included. Perhaps a bit torturous for laminating in wood, with minor adjustments the F-cell’s body components, as designed, could have been cold-molded, and would have rendered an inviting feeling of warmth, versus stark plastic on metal.

While not an element of the prototype, a drop top, along the lines of old folding buggy tops, barring any fringe, would have balanced the form as well, not to mention actually providing some degree of protection from the elements.

Probably the ultimate retro project, it would have been far more interesting as a design exercise.

I am loving this!

Anyone read Neil Stephensen’s the Diamond Age with the Neo-Victorians? This is their car.