Mech It Out
Initiate a fight with the mech above you.

So I will start us off: 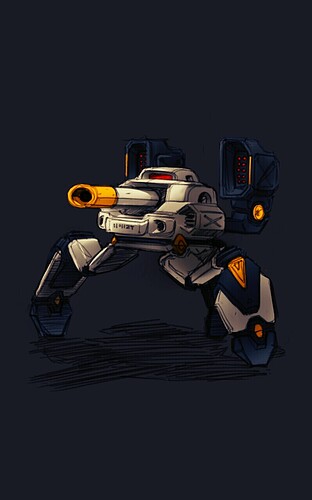 The armadillo roller drives low to the ground and uses its rotary cannon and rolling grenades to trip up the SketchBot. It intentionally draws cannon fire to its juicy jet intake, which is ultimately useless otherwise. It also hopes that its armor plates might hold up. 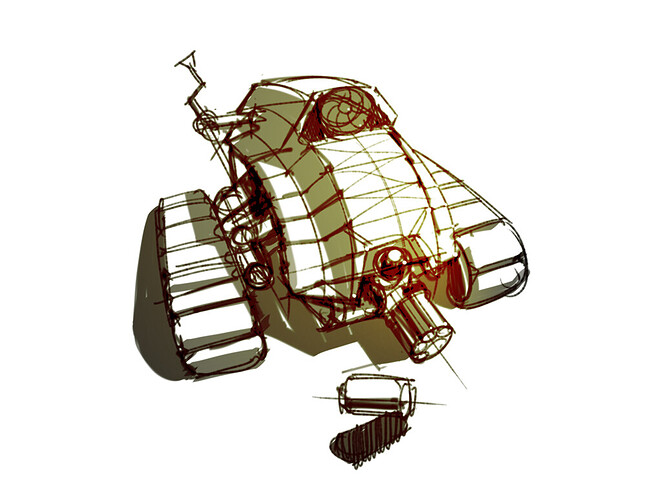 the rules confused me a bit to be honest, but I did sketch a robot. 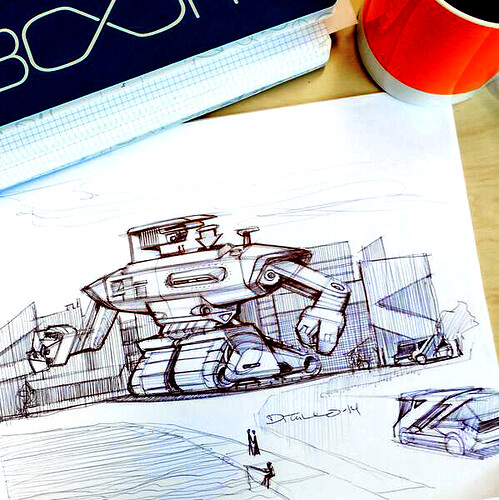 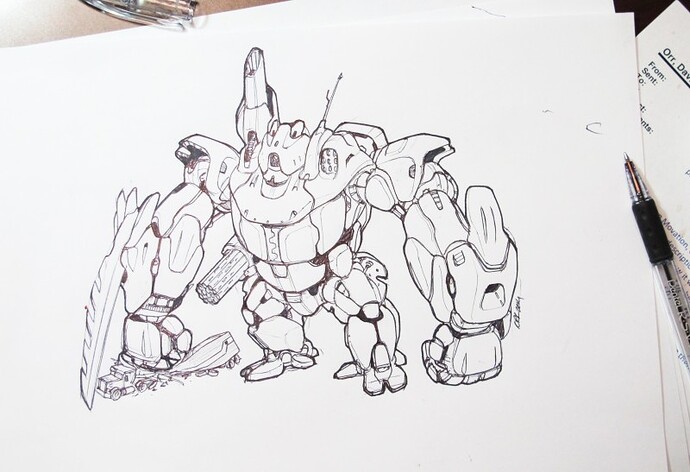 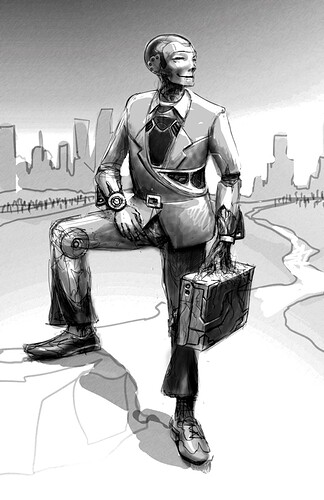 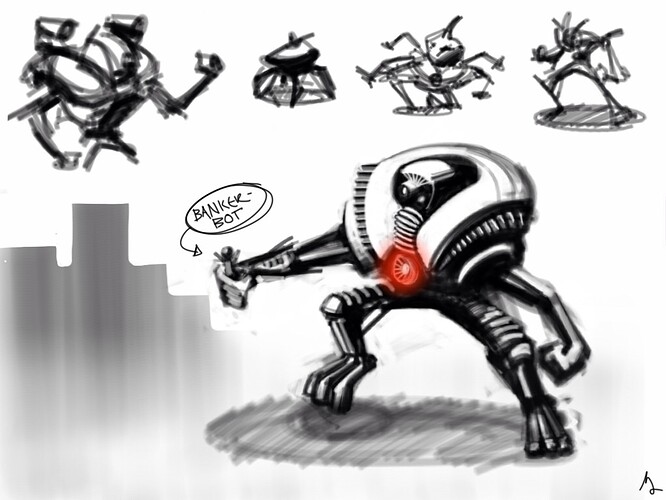 Ah well, not to worry. During its last moments I’m pretty sure the Bankerbot CPU would’ve executed a final instruction to terminate all future funding for the Redbellybutton robotics company.

Banker-Bot is too big to fail. 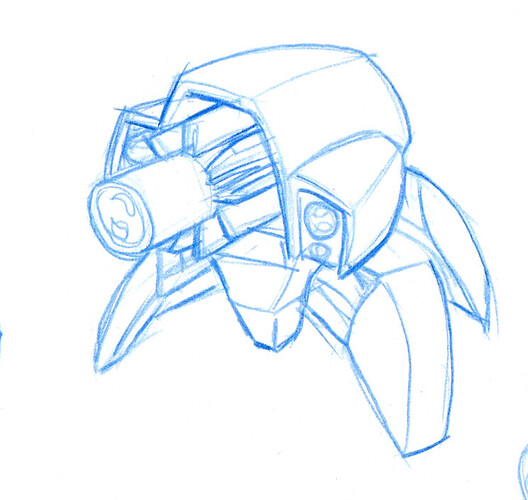 Can we just call this one a draw? 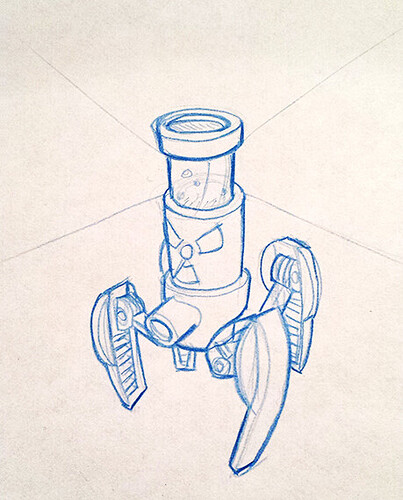 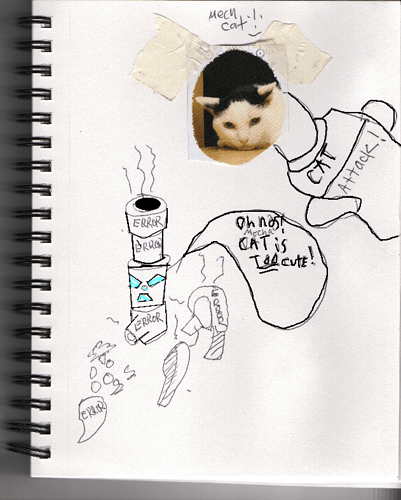 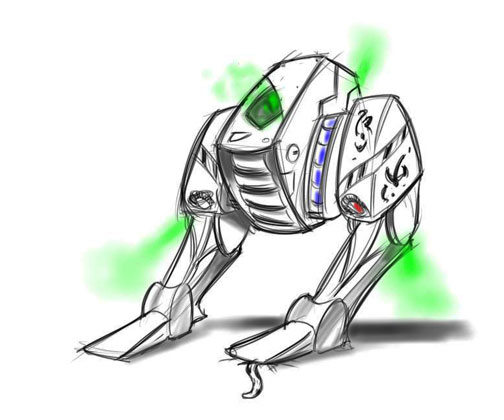 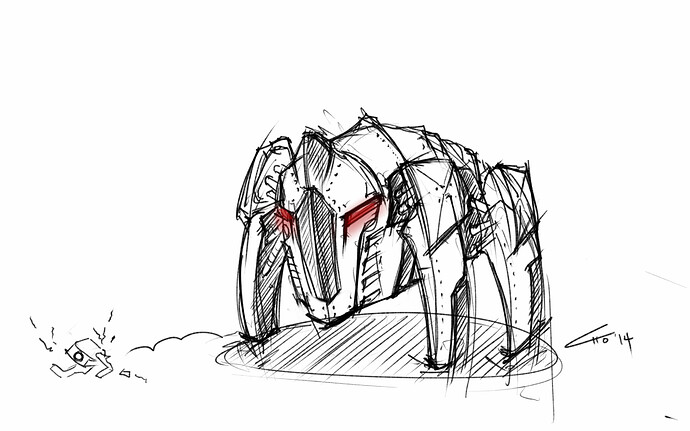 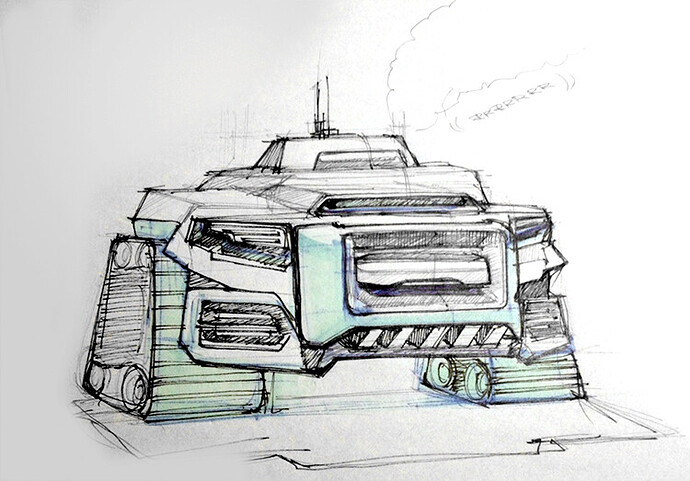 Slides under the robot and fires a hi impact laser into the under belly. 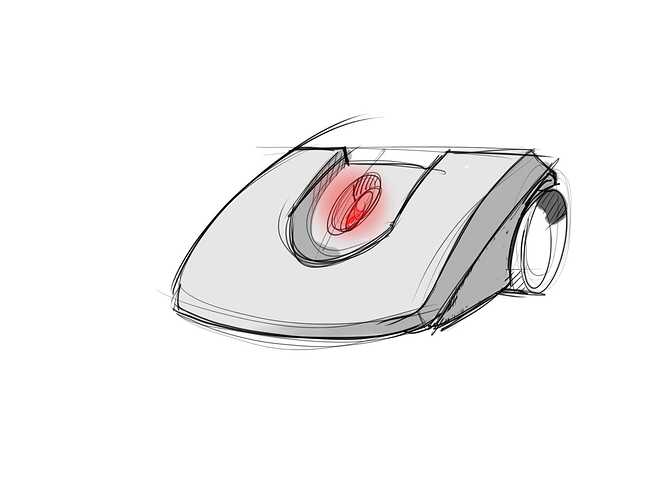 I call these mechs IF YOU SEE ME JUST RUN! 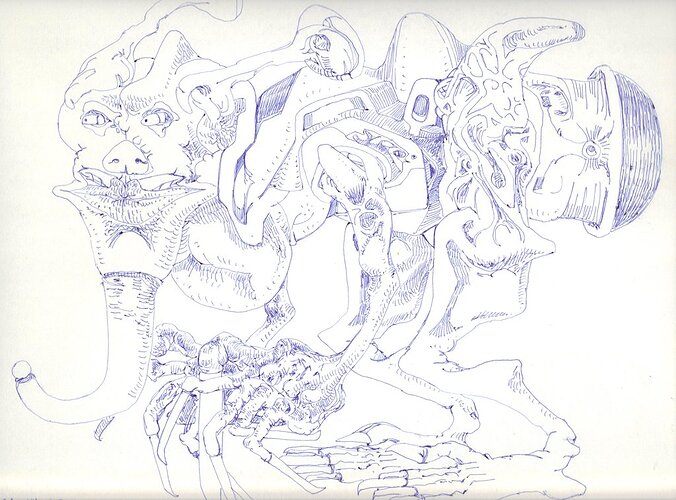 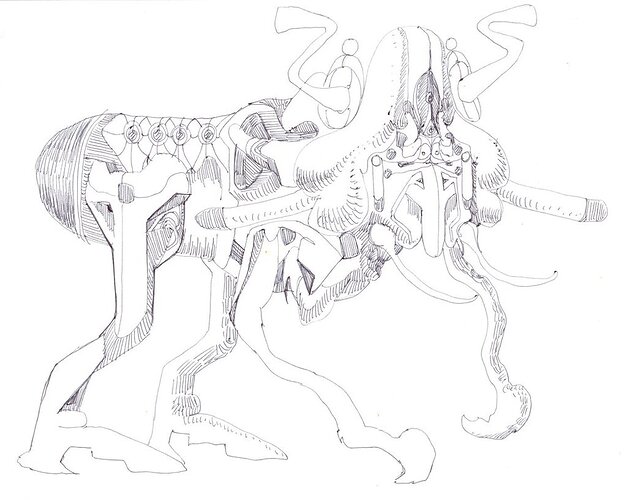 Check out these guns 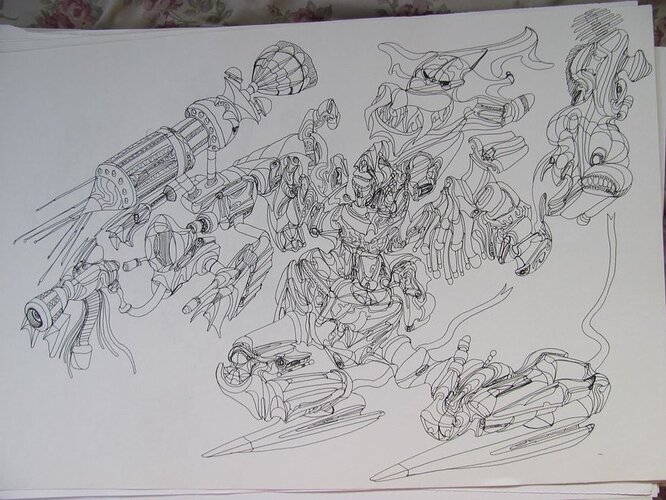