I recently graduated from Drexel University in engineering. However, I learned too late in my time are Drexel that ID was what I really wanted to do, so I put together as much of a portfolio as I could.

I am looking to use it to get a design engineer job that leans more toward the design part, if that makes any sense.

Anyway, here it is: 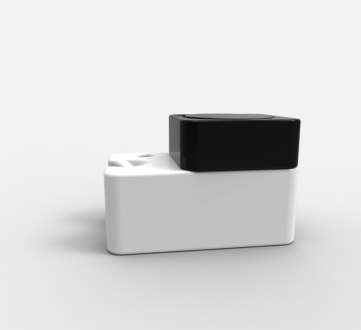 Let me know what you think. I am not the best at graphics, so any suggestions/comments there are greatly appreciated.

Boom! That is what I call constructive criticism. Awesome!

[*]Get some titles on your portfolio links. No one wants to spend time on a mystery

[*]Make your resume easier to find.

Would having it’s own page suffice?

I’ve been trying to figure out how to do that. I’m using wordpress.com for the website, and I haven’t had much luck… But live content is my end goal.

[*]Show your engineering process. You are an engineer and you need to show it. Anyone can print an FEA plot – show the calcs, the math, whatever.

I can do that. Is there a point of having too much? Also, handwritten or typed?

[*]Work on the graphics. You know it is a weak point already so you know where you need to spend time. Cruise the portfolios on coroflot for inspiration

I had more graphics, but when I got a critique from my professor he said just lose the graphics. Since I’m getting hired to do graphical things they are just distracting and take away from the actual content.

[*]You carry more in your wallet than George Costanza

[*]The stylus project starts well and then fizzles. Make the ending pop.

It is definitely my weakest project despite using the awesome conductive plastic material. It isn’t fully developed and still a work in progress. Should it even be included at all?

[*]If you are going to do bikes you need to go metric. The market is overwhelmingly metric, especially for anything that is not a mountain bike.

Good point. Ill get that fixed up.

[*]Explain why you are analyzing a frame for a 200lb rider. Is the number significant?

It is supposed to be an average weight for a rider. I should make that more clear for my online portfolio since I am not there to explain it.

[*]The bike light is by far your best project (from an engineering perspective). Put it in front. Then the stylus or wallet. Then the bike frames.

The idea with the bikes was that is one continuous project (although it is presented as 3 separate things). So I start off analyzing the frame for stress, build a frame according to the results, then build a light for safety. Did you get that idea when you looked at it?

[*]Investigate stem angles more. They vary much more than 4°-8°. Most higher end bikes will have negative angles.

I believe the negative angles you are talking about are just the stem flipped over (eg. a stem can have an angle of 4° or -4°). Once again I think this comes down to me showing the things I would typically be talking about were I to present the portfolio in person.

[*]Did you ever build a bike around the bamboo frame? If so, show it. If not, render it.

That was the whole bamboo bike project… lol, guess I did show enough of the dirty process. Only problem now is that I don’t have pictures of the build to put in the portfolio…[/list][/quote]

Thank you so much for the comments! They are exactly what I am looking for.

The highlight for me was the way in which you showed the differences in lumens. It shows that you now have a sense of what the numbers mean, and are able to spec based on that sense, all within one image. Strive for that in the rest of your content.

Some ways in which I’ve had success showing calculations/code: 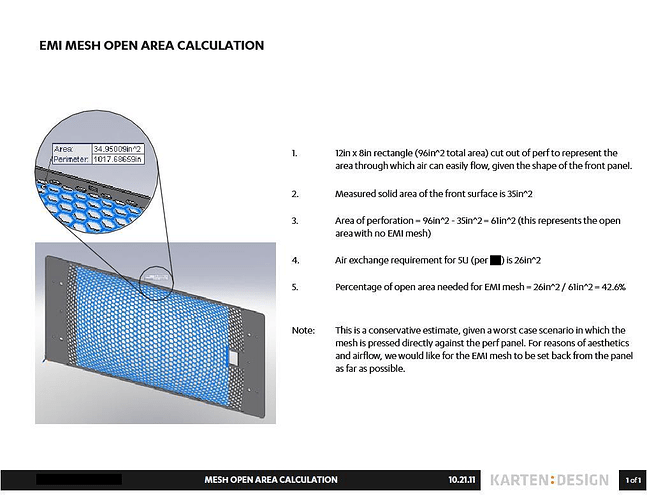 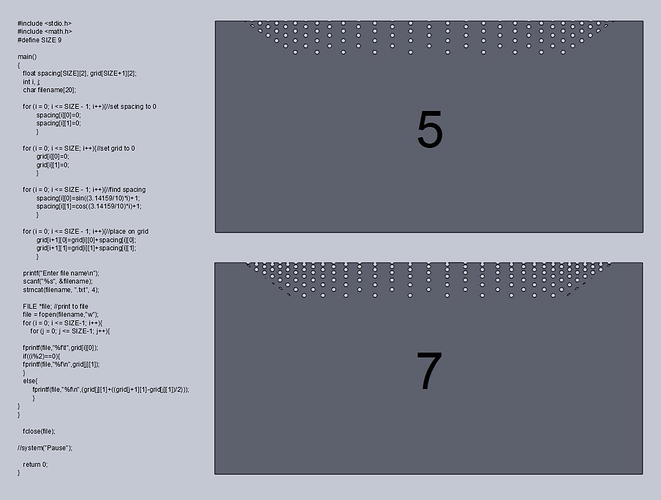 I like step-by-step/list format you used for the calculations. I think I’ll use that for my calculations as well.

[*]Work on the graphics. You know it is a weak point already so you know where you need to spend time. Cruise the portfolios on coroflot for inspiration

I had more graphics, but when I got a critique from my professor he said just lose the graphics. Since I’m getting hired to do graphical things they are just distracting and take away from the actual content.

I think this comment illustrates quite a common misconception among those new to graphic design.

I presume that the “graphics” you refer to were swooshes or blocks of colours or something of that kind right? It’s very common in student portfolios, but graphic design is a lot more than that. Let’s take typography as an example. I’m paraphrasing, but Beatrice Warde more or less said that “Fonts are clothes that words wear”. Written text is never naked - whenever you see words you will get an impression of whether the message will be serious (helvetica), silly (Giddyup), amateurish (Comic Sans) or something else. You might not notice it most of the time, such as when picking up a book or a magazine, but if it looks good and is easy to read then it has been considered. There is of course a lot more than choice of font to making text look good, including kerning, leading, breaks and so on, but I think you get the idea.

The point I’m trying to make, is that as long as you have a single element on a page, things like size, location and contrast matters and will make the page read differently. As soon as you add more elements you also need to consider how they read in relation to each other. For example - if you have images that don’t line up, it comes across a bit sloppy in most cases. To me, that’s graphic design.

good luck and have fun,
nik

[edit]
Please don’t misunderstand me - swooshes and blocks of colour are great. They can do stuff like guide the eye, show hierarchy, and create coherence, mood and style. However, often you see them used in excess and without real purpose, in which case they tend to distract rather than help.

That’s pretty much what my professor was saying. Ditch the color and swooshes and such.

Right now I am doing my best to make sure it is all lined up and neat. But if you see something I missed, please let me know.

My suggestion was not very clear at all (sorry about that!) – I was suggesting to clean up the presentation. The graphic design is not relevant (for an engineering portfolio) beyond being clean and not being a distraction. What I was trying to get at was to clean up the rough points, like the sections that used the paintbrush tool. They are not online anymore (part of the bamboo frame project, I think), but things that were marked up like this: 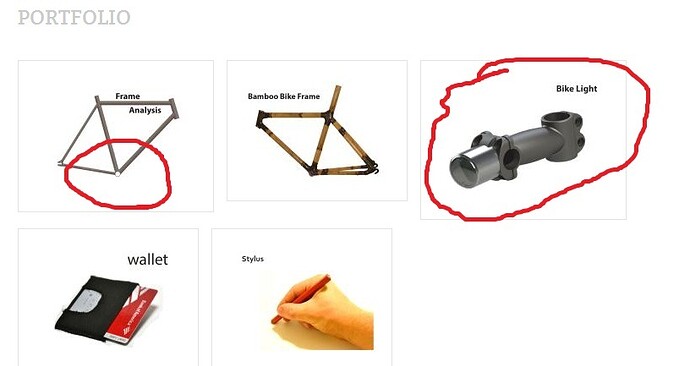 Weird. I don’t remember ever upload a picture with paint brush marks… Or was that something you did to point out details that need improvement?

Strange. I recall an image or two that had sections circled with the red paint tool. I thought it highlighting the sections of the bamboo frame that were enforced with CF.

There is also a chance that I have a brain tumor.

Oooohhh. I know what you’r talking about. It’s in the section talking about how that CF joints were wrapped to ensure they had structural integrity.

I still want to include that section, but I’ll get it cleaned up.

Here’s a nicer way than circling to highlight areas of an image. I saw one of the senior ID guys on the board use it a while ago and I’ve started as well. 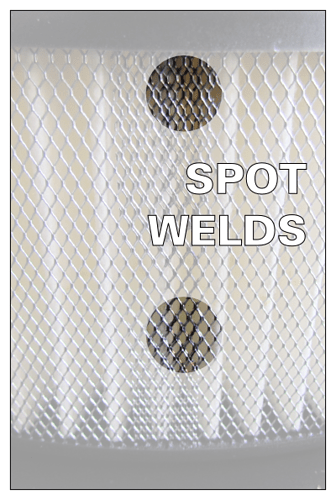 I’ve used that technique as well in my design classes. But the point of the section is to show the actual pattern I used to wrap the joints, not necessarily highlight the joints themselves, if that makes any sense…

Ok, I got everything updated other than building the bike up (waiting on some parts).

I am working on adding a video to the end of the stylus project to show it actually writing/drawing.

Great job with the updates! It looks like you took what everyone said and took it up a notch from there. Keep up the good work.

After reading Mirk’s comments I took a closer look at the bike frame calcs and I have the same question – what is the purpose of the moment about the bottom bracket? Related to this, you can easily find cranks ranging from 165mm to 180mm.

Good luck with the job search!

Looks like the two broken links are fixed, or it was just a temporary outage. Some comments that might help on them: