I think this may be the laziest “new” model design I’ve seen in years.
It’s as if the design team truly didn’t care.
Copy the P1 front, paste onto MP4-12C, done… 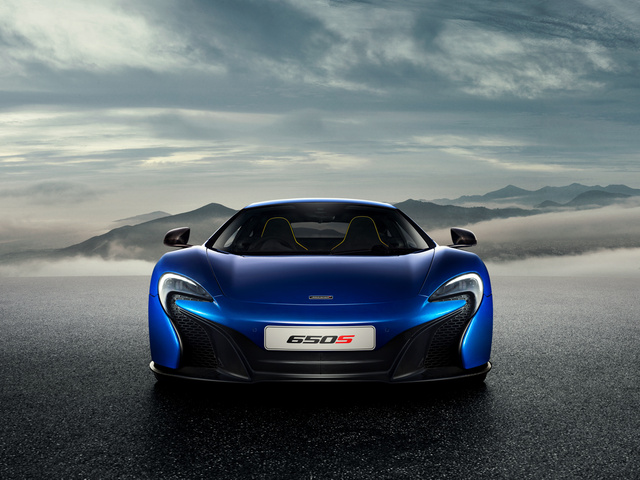 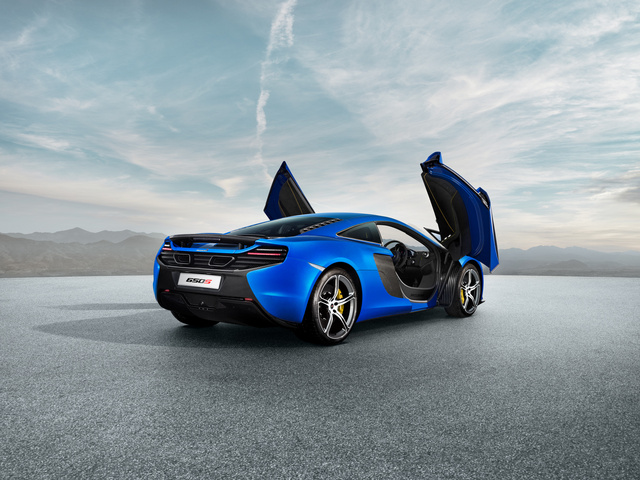 They are getting a lot of flak for that, and rightfully so.

This looks like the designer took a day off in protest and the hack was done
by the managing assistants half an hour before meeting, in MS-Paint.

A disgrace to the McLaren brand.

P.S.: They could have easily saved it with only 2 bits: A new rear panel and bespoke LED-band rearlights for the model.

I don’t understand why they have 3 models. All 3 are cramped, 2 seat, mid-engined super expensive cars. It seems like oil magnates are like kids, they need to get the whole set.

Yeah Mclaren lost a little bit of my respect for them after seeing this, not that they’re going to lose sleep over that. I’m still holding out to find out this a just a photoshop job and jalopnik prank.

I’m less offended if you look at this as really a mid cycle refresh for the MP4, but they’re probably sitting on so many existing parts or unfulfilled supplier contracts they need to keep selling the old car as is, so they’ll bring this in a little higher priced in the interim.

Interestingly they’re not the first to do this. Take a look at Nissan who introduced the new Rogue, but then realized the old one was cheaper and still selling well, so they just made it the “discount” Rogue. They did the same thing with the G37 and the new Q50.

If I look at this as a business move rather than a strategic design decision, I kind of get it.

I’m less offended if you look at this as really a mid cycle refresh for the MP4, but they’re probably sitting on so many existing parts or unfulfilled supplier contracts they need to keep selling the old car as is, so they’ll bring this in a little higher priced in the interim.
…

If I look at this as a business move rather than a strategic design decision, I kind of get it.

Even as a “business move” I do not get it. They are not exactly selling grocery carts. Making an exclusive,
upmarket 2 seater sportscar look like a “parts bin special” does your brand no favour at all. You can tweak
and bend supplier contracts to allow for a better product than that.

I think McLaren is hurting for this and the customers are missing out, only to save a few bucks on a 200K car: 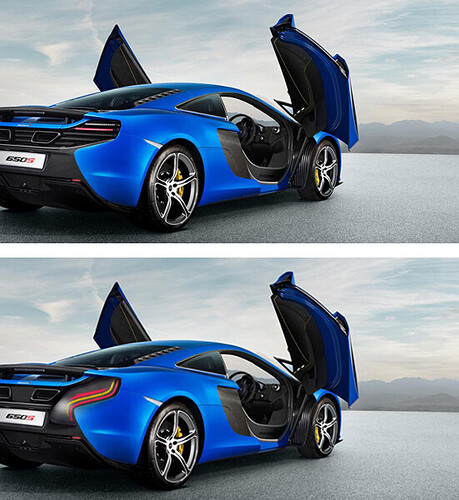 …and this isn’t a Copy/Paste?

…and this isn’t a Copy/Paste?

No that’s more of a Ctrl+T.

…and this isn’t a Copy/Paste?
SNIP

Audi’s lineup differentiates enough to be able to discern them (scale & design).
The only common thing among them is four rings and LED DRLs.
Tell me how the 650S is not a 12C with a P1 front end and more bare carbon at the back.

Sure the 650s is, I never said it wasn’t… my point is that its nothing new… Same comments can be said across many of the brands, including the elite tier (Zonda vs Huayra?)

Its not “identical” but its pretty damn close…

Lazy? sure we can speculate…

But if the focus was to improve the 12c mechanically, create a more “affordable” MPP car (mechanically and aesthetically) and bring it to market quickly, it works… Regardless, the design details on all 3 are fantastic. Not the same can be said for the rest of the automotive world.

I actually did a few laps in a MP4-12C around a course… holy crap, that thing can handle. I was literally shaking after driving it for 15 minutes!

That said, the design is very underwhelming. The proportions are fantastic, and the design is totally ‘fine’ but it takes no risks. The new rear bumper helps.

The P1 has the same great proportions, and a much bolder design. In person (I didn’t drive it, but I did get to ‘hang out’ around one for a few days at E3 due to our Forza relationship). The design is very polarizing and it grows on you. I think they did a great job on it. It shocked me at first, i didn’t like it all. Then the more I looked at it, the more I walked around it, the more I liked it, and within a few months, now I love it. It reminds me of the design experience I got with the last generation BMW 5 series.

OK, that all said, I feel the same about this new car. It feels like two designs jimmy jammed together. I wish they evolved the language more.

My guess this had something to do with cost, but more to do with timing. Perhaps someone set an internal date for release, and someone else stated that to hit that date only x% of parts could change… who knows, wild speculation, but the result is the same, a fantastic performance machine that feels a little bit like a chimera (look it up) of disparate design languages.

I’d still have one…

I also think that Audi’s have been looking just a bit too alike for my taste. But I can see why they do it, it’s a strong visual brand identity they have established. It’s just been a while though, I’m looking forward to Audi doing something new. They’ve been showing some more angularity which I didn’t feel was fit for Audi since to me they’ve set an image of product-like simplicity and sleek, large rounded surfaces, especially with the TT and the RSQ concept. I’d perhaps like to see them evolve their models more towards something even more minimalistic. 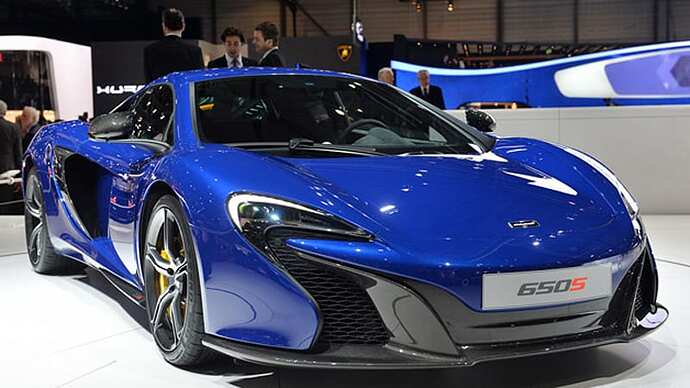 McLaren ceases production of 12C to focus on 650S | Autoblog

If you raised an eyebrow in suspicion when McLaren insisted its new 650S would join its lineup in tandem with – and not as a replacement for – the MP4-12C, we're with you. The 650S is, after all, based closely on the 12C, distinguishing itself...

Cliffnotes: Mclaren ends production of the 12C “unless you really want one”.

This should make people happier now that the 650S is the mid-cycle refresh of the 12C.

And to think, I already put down my deposit on that F458…

Now McLaren have ammended the reason for the internet outcry. Presenting their
new base model with coherent design theme front to back, inside and out: 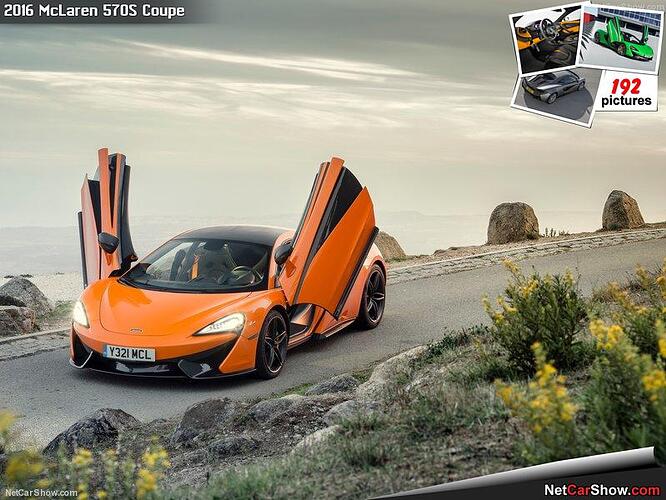 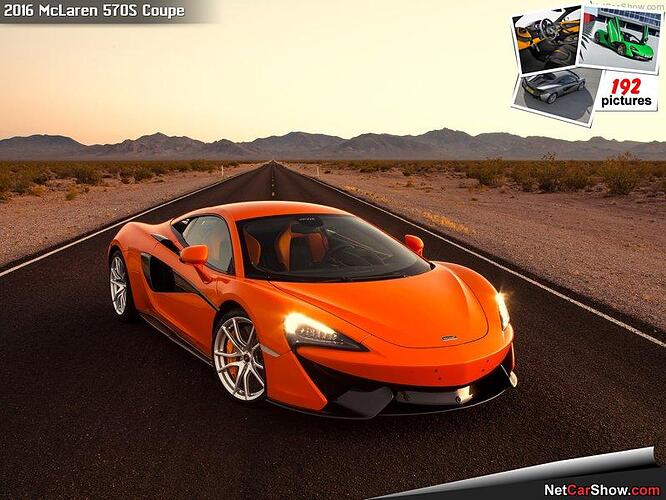 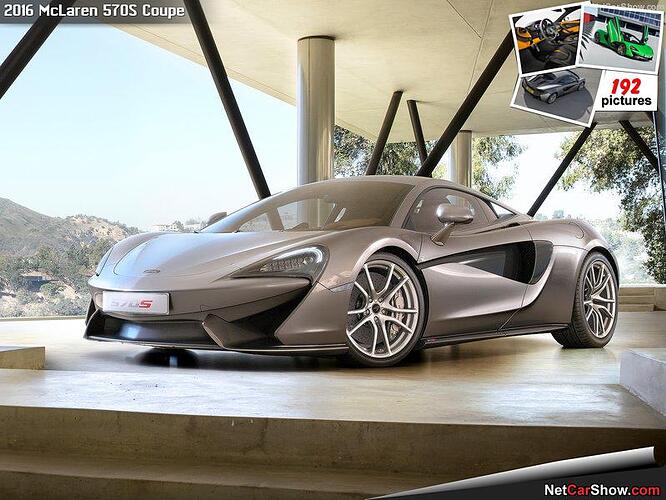 Finally their style theme has come into its own. I love what they did with the integration of
the “tablet” into a classical sportscar interior and like the completely reworked rear end, (now
sporting an LED light-band) very well. Best thing is: This is their “cheapest” model.
(Only 100K more than an Elise or Alfa 4C

Agreed. It feels like they really figured it out here. I think it is more successful than the P1.

I think organic is going to come back hard in the next few years.

Agreed. Overly swoopy. Very 2000s. Looks dated already and certainly not elegant, classic or refined. Hot wheels maybe, but I’d take a classic 190sl anyday, even at half the cost.