I saw a Mazda 3 in the snow last night. The snow hid the weird gaping mouth grille. I PSed an approximation of what it might look like. I think it looks better than the production…what do we think? 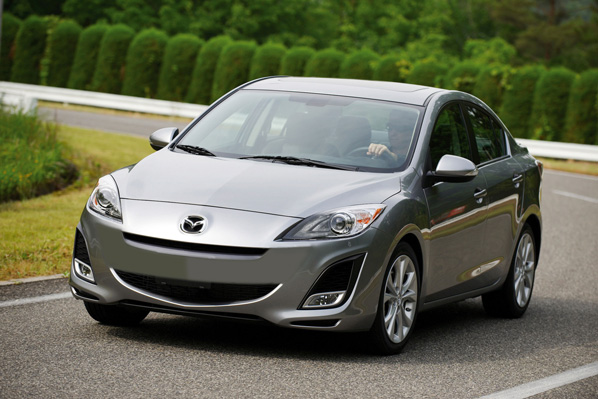 You’ll get used to the big grill. It took people awhile to get used to it on Audis. I think the new 3 is really good. Nice evolution from the last one, great surfacing.

though i do believe i will “get used” to the big grille like yo says, i still think it will be unattractive, but time will tell i guess. I must admit that the audi grille took some time to get used to, but when i first saw it i didn’t think, man that grill is entirely too big like i did the mazda. audi also kind of led into that grille by just taking out the middle bumper that was splitting it before, mazda just straight up scaled the thing by 100%.

I prefer the big. this gets a little too quiet. I like how that gaping mouth kind of screams at you to look at it.

I like the big gaping maw on the 3. It fits the rest of the family of vehicles.

I’m not a big grille hater, I just don’t like the execution on the Mazda 3. Weirdly enough, I like it on the Mazdaspeed 3.

I also like half of the Peugeot’s big smiley grilles. Ford’s not smiling big grilles all look good to me.

I just bought a 3 HB. My 14-year-old Honda crapped out enough for me to sell it.

In Illinois, we are required to have a front plate. The plate is essentially white and I am very tempted to put electrial tape down the middle so it looks even more like buck teeth.


Edit: To give you an idea, 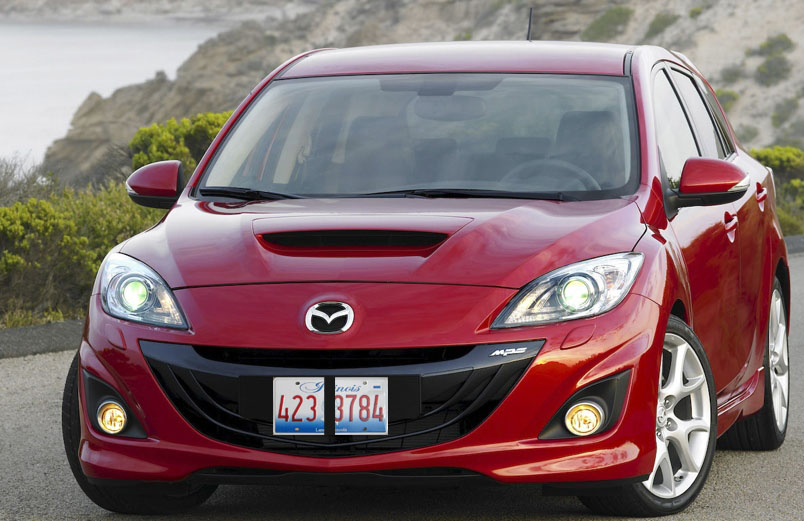 I like the mouth. I would say either have the mouth as is, or get rid of it entirely. In between is too generic and complicated.

I thought every state had front plates. Isn’t that where Smokey points his radar gun?

I wish more companies thought about how terrible plates usually look on the front of their cars.

It’s my understanding that only the back plate is required by law. Maybe it’s just Utah or out-of-date, though.

In the United States, 19 states do not require an official front license plate, these states being Alabama, Arizona, Arkansas, Delaware, Florida, Georgia, Indiana, Kansas, Kentucky, Louisiana, Michigan, Mississippi, New Mexico, North Carolina, Oklahoma, Pennsylvania, South Carolina, Tennessee, and West Virginia and the territories Guam, Puerto Rico, the U.S. Virgin Islands. In Nevada, front plates are optional if the vehicle was not designed for a front plate and the manufacturer did not provide an add-on bracket or other means of displaying the front plate.[5] In Canada, 9 of the 13 provinces and territories do not require an official front plate, including the Yukon, the Northwest Territories, Nunavut, Alberta, Saskatchewan, Québec, Nova Scotia, Prince Edward Island and Newfoundland and Labrador.

I thought every state had front plates. Isn’t that where Smokey points his radar gun?

I wish more companies thought about how terrible plates usually look on the front of their cars.

Only the states listed, and while front plates are ideal for laser enforcement (radar doesn’t care, but the laser beam needs a targeted reflective area for highest effectiveness) front plates stem back to the good old days long before smokey cared.

They do suck though. I refused to run one on the Vette because I’d rather take the ticket than tear a giant hole in the bumper.

We rented a 2010 mazda 3 a few months ago for a trip or something. It was alright, I liked the looks too especially over the previous model. It has huge awkward blind spots from the A-pillars. They only made merging onto left lane on-ramps sketchy however.

I hear the new Civic is the same way. Is Volvo ever going to make their truss A pillars a reality? That’s one of the coolest recent safety ideas in the car world IMO.

Well that was on the SCC from like '01. Which became the C30. It was a project with Ford when Ford owned Volvo. Ford also owns Mazda, so you could see them on Mazda’s too. I wouldn’t hold my breath, they make an awkward architectural statement aesthetically but look cool. You may see flat-er (

) A-pillars that are an internal truss, but are arranged in a way so that the driver sees only a slim profile, these could also get air bags eventually, but until then your doors will just rip apart for the air bags.

The mouth looks pretty darn good in that photo.

914, you though the current Ford Fusion back was nicer than the old one… so your call on car details is suspect at best in my book!

1: I can’t believe you remember that. Are you really that offended by the Ford Fusion design?

Dear all, stop using sales as an indicator of quality of design. Must you subject me to list examples of horrible designs that sold a ton every week?

I liked the first fusion, but i like the newest one much better. And though i agree sales has little to do with good design most of the time, i think when a car is refreshed and you compare the sales of the 2 years it may play a role in its success… def not the only role, but cant ignore it either, just something hard to prove i guess. Price/incentives i think play the biggest role in sales right now.