Its not fair to always pick on marketing, but it is fun… 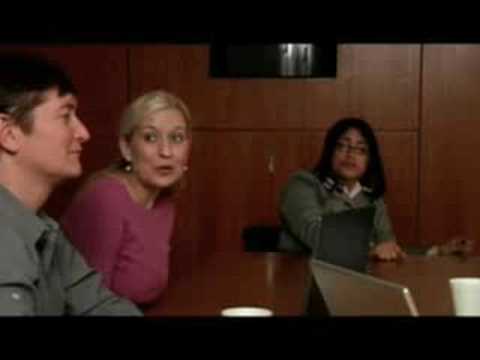 Oh my god, that is my life on a daily basis. Unbelievable.

I must say it happens in every design related industry everywhere in the world.

The really, really, really sad part is that I have had the meeting where the marketing manager said that their daughter didn’t like the colors being chosen for a product targeted at ADULT TRAVELLING BUSINESSMEN!!!

thanks for bringing back the pain

Check out this one: 2007 Hatch Awards - Opening Video - YouTube

In my eyes this maaaaaaaaaaaaaaarvelous Video doesnÂ´t show the
shortcomings of marketing but 2 other things:
Never show your favourite solution first.
(Exception: Your client happens to be Steve J.)

try to form with your lipps: “_nn_nNNNO !”
and keep your head up and your shoulders straight while saying that
,tossing the lease contract of your battered Corolla into the imaginary dustbin.

try on a daily basis.

Check out this one: 2007 Hatch Awards - Opening Video - YouTube

“I’m a big fan of anything with Chimpanzees for some reason” … someone give that young man a cookie.

How many people in that room do you think read and retained the book 1984?

I am there right now. The comments that come out of marketing and sales are unbelievable.

love it…its getting sent round to everyone

yea that is great, its just crazy that as a student i would have just laughed at that because its rediculous… now i laugh at it because its sad and painfully true.