Heres a link to the bbc marc newson documentary on iplayer

hrm…rights management do not allow the video to play outside of the UK.

because I’d like to watch the movie, but I’m not in the UK, so I can’t. Information shouldn’t have borders!

I think it’s because we have to pay a tv license fee in the Uk which goes to the BBC so you guys in the US would be watching for free I suppose. I guess itl turn up on youtube at some point 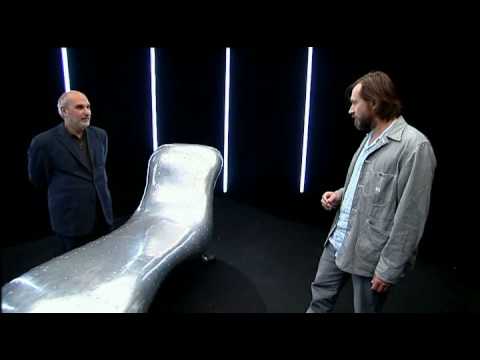 Thanks Jay, I’m gonna check this out sometime this weekend!

nice one I missed that last year

yeah it was good - ironically, i was watching to procrastinate on doing some design schoolwork. I am more inspired now though, so good.

Also, for those of you not liking the border issues with watching videos…I get it all the time being in Canada and wanting to see things in the US. I am a whopping 25 KM from the US border and I can’t watch US videos…very stupid…but I digress.

I never liked that lockheed chaisse. Man, I had no idea they were fetching so much money now. I’m thinking I need to do some weird sculptural project this summer now that I have a back yard. My neighbors will love to hear me pounding on metal for 12 hours a day hehe.

I’m only up to the second part, so I’m waiting to see Marc talk about the creative process. I thought it was funny when some collector was talking about a cantilevered chair, but all the aspects he mentioned were the same as a Marcel Breuer chair.

Anyways…maybe I’ll finish it up tonite.

Watched the 5 parts. Thanks.

Marc seems to be quit down to earth about it.

a good example that it is in fact more about a creative mind, materials and good ideas than pretty renderings.

a good example that it is in fact more about a creative mind, materials and good ideas than pretty renderings. 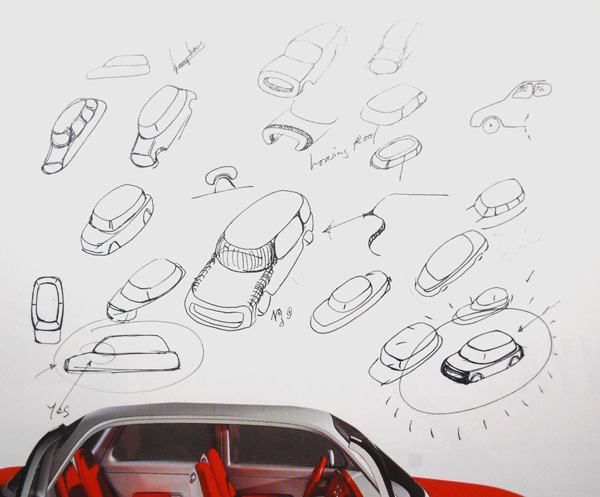 I think these are the sketches mentioned by Mays. The guys who had to to interpret and materialize that vision are the real rockstar designers imho.

Scanned from “A century of car design” by Penny Sparke .